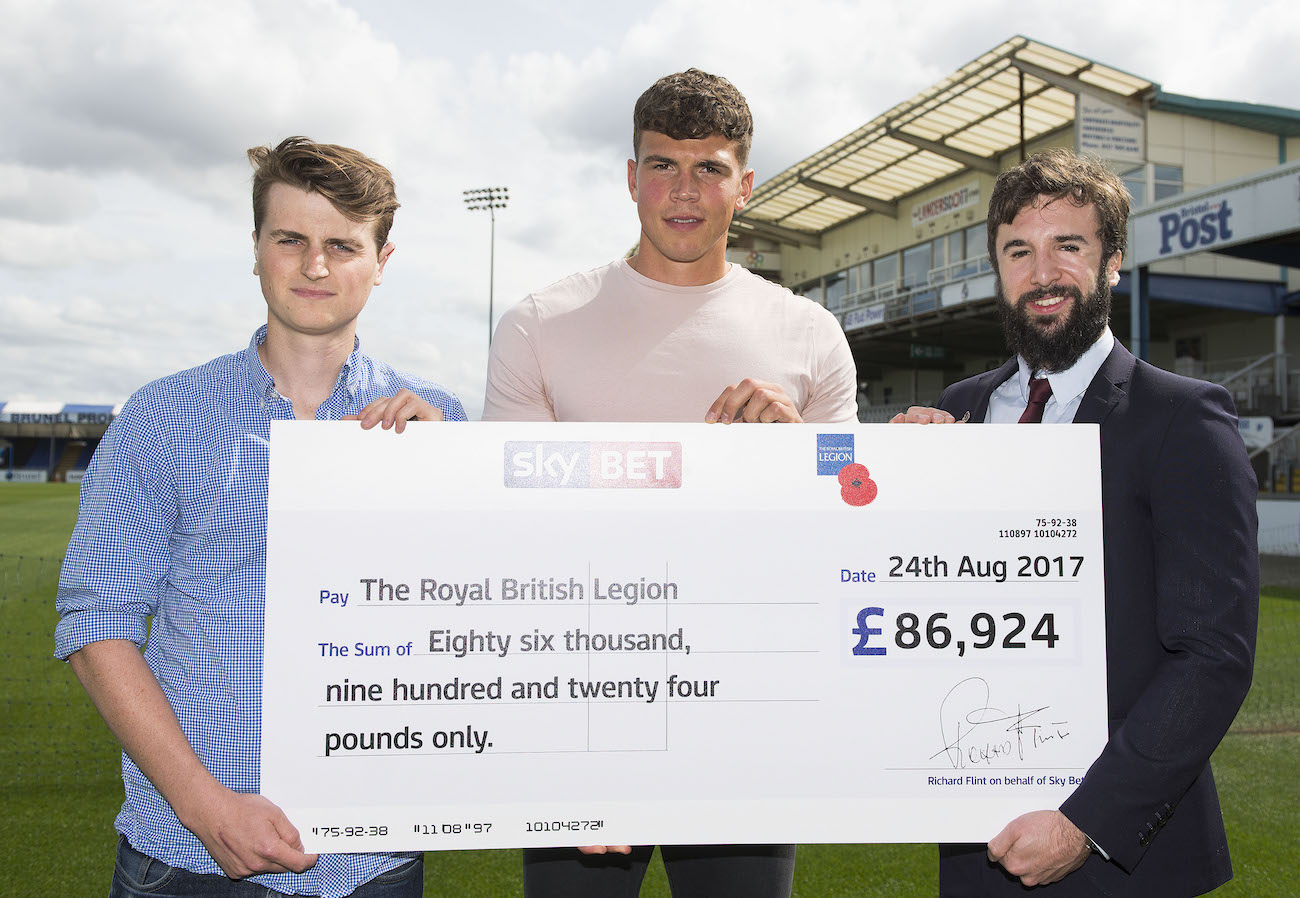 A total of 673 items went under the hammer, raising an average of £131 per item.

The highest one off item was Fernando Forestieri’s signedshirt, worn in the 1-1 draw with Fulham on 19th November, which raised £561.82.

The money raised will be used by the Legion to support the vital welfare services it provides to the Armed Forces community, such as the Battle Back Centre in Lilleshall which helps wounded, injured and sick Service personnel to achieve their best possible recovery and either return to Service duty or to make a smooth transition to civilian life.

Bristol Rovers central defender Tom Broadbent, who served in Afghanistan and only recently left the army at the beginning of this month to begin a career as a professional footballer, was on hand to present the proceeds of the auctions to the Legion, along with Daniel Sales from Sky Bet, at the Bristol Rovers Memorial Stadium.

Sky Bet spokesman Sandro Di Michele said: “After the third season of a really rewarding partnership between ourselves and the Legion, we continue to be surprised by the generosity that fans show when bidding and donating to this important cause.

“We’d like to thank everyone who placed a bid on any of the items that were sold and thank the clubs in the Sky Bet Championship for their participation.”

“The contribution is greatly appreciated and will assist the Legion in making a difference to the lives of Serving Armed Forces personnel, veterans, and their families, who are in need of our welfare services.”