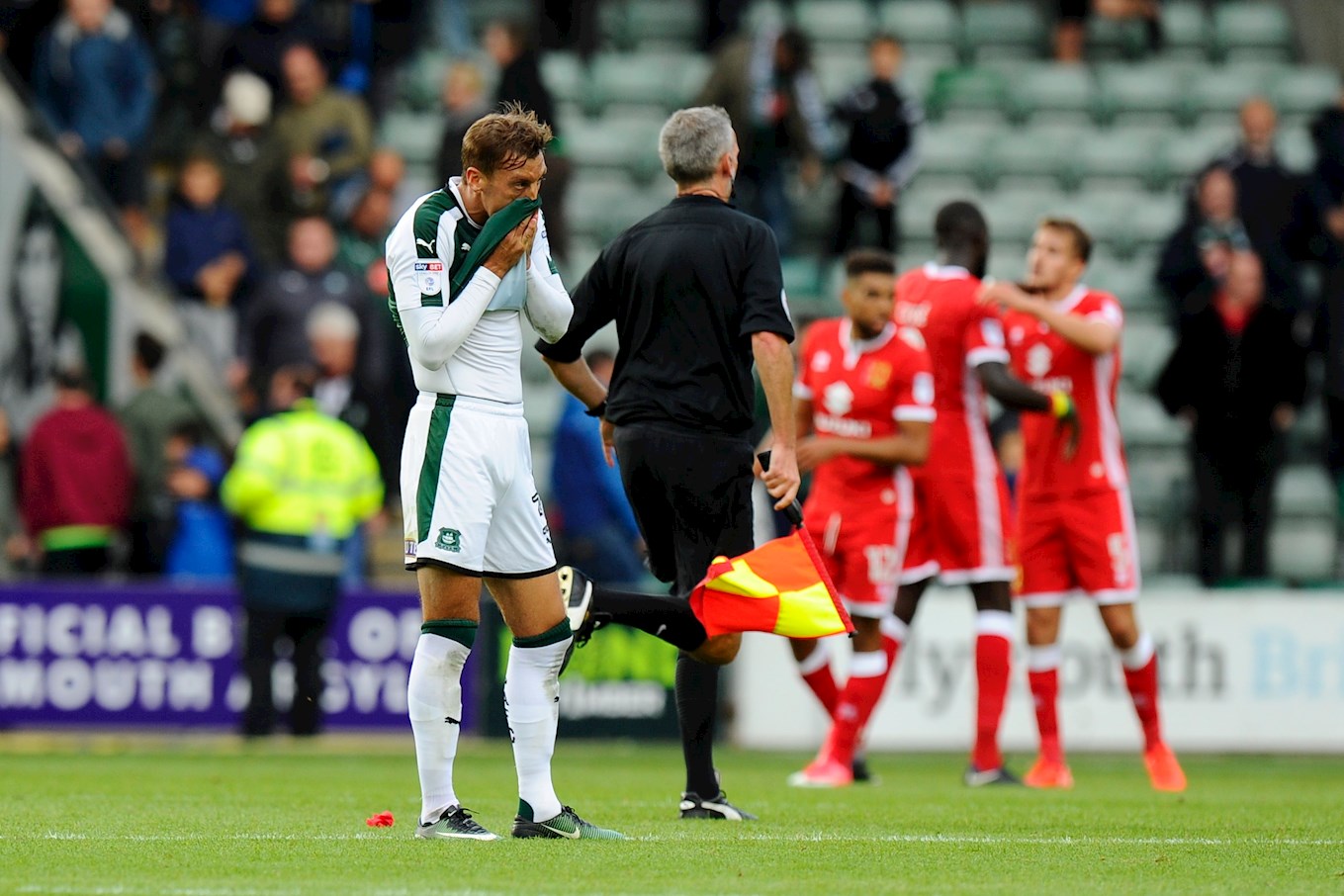 So Near, So Far, Sawyer

That is how long it had been since the experience Pilgrims full-back had been on the scoresheet for Argyle. Admittedly, Gary took a five-year hiatus from Home Park, so the lengthy stat is somewhat disingenuous. That said, had Sawyer found the net, when a chance came his way against the Tangerines, his first goal since Boxing Day 2009, when he notched the only goal in a win at Cardiff City, would have been precious.

It would hardly be right to put any blame at Gary’s door. His chance was not straightforward, and even it if were, he would be far from the only Pilgrim guilty of a little profligacy lately. Also, as a defender, he priority really ought to be keeping goals out at the other end – something he and his defensive partners did at Bury on Saturday, including goalkeeper Luke McCormick, who was on mighty form that day.

Gary reminisced of the games against each of the Lancastrian opponents, beginning at the Energy Check Stadium at Gigg Lane.

“As a back four, we went into that game not wanting to concede a goal,” said Gary. “That’s with Luke, as well; the whole team, actually, defensively – because it applies to everyone.  We wanted to try and nick the game; we got a bit lucky in the last five minutes – Luke had a fantastic game – but they were at home.

“I’ve been in football long enough, and have played in teams where you come off the pitch after a game, hold your hands up and say ‘We deserved to lose.’ I think we’ve done well this year, and I don’t think the league position shows how well we have done.”

“It’s something I am looking to do. I have had a license to get further forward this year, which is nice. It’s put me in a position where I have had a couple of chances this year, including the Blackpool one, where I should do better.

“I enjoy going forward, depending on the game. The standard of the pitch, and the way we play, with players like Foxy, Sarce and Nessy, they get the ball, get it wide, and we can get forward.

“I’ve been playing with Granty in front of me, and he’s good like that. He will come back for you, or he will lay me the ball back so I can cross it, and crossing is a part of my game I pride myself on.

“We just need someone to stick it in. Hopefully it will turn. You never know, I might be the one who goes and scores!”