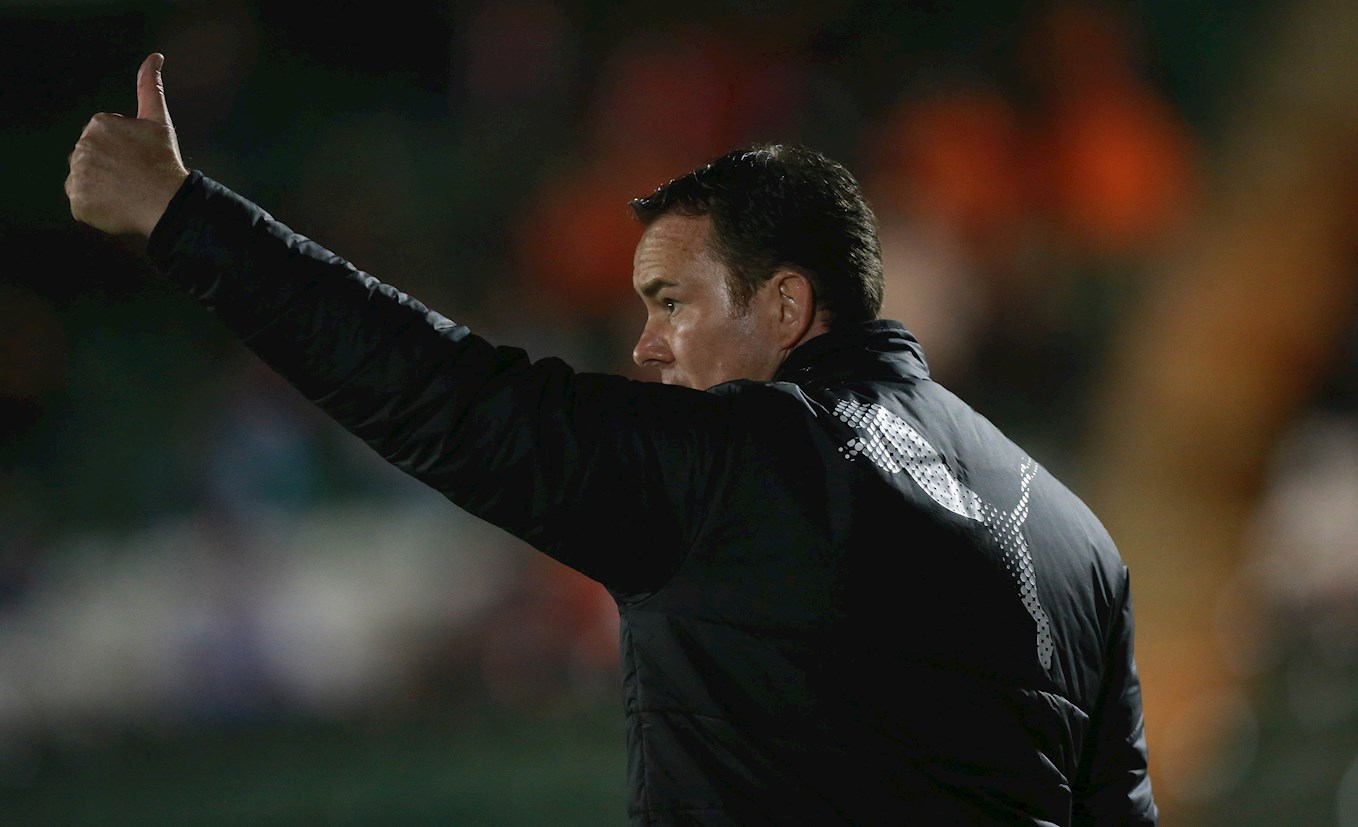 DEREK Adams has been in football long enough to know that, as long as his players keep showing belief and character, Argyle’s season will turn for the better.

The Pilgrims’ 3-1 home defeat by Blackpool on Tuesday saw them slip into the Sky Bet League One relegation zone for the first time.

The match bore eerie hallmarks that have blighted Argyle’s campaign: a third deflected early own goal; a third red card – this time for Ryan Edwards – reducing them to ten men after they had brought the score back to 1-1.

Amid the flukes and reds, there has been much that is good from Derek’s men this season, which points to a brighter future.

“It’s not nice, but the players have shown they have got fighting spirit after they went 1-0 down and they are hurting just now,” said Derek, after the game.

“The positive thing is that we are where we are in the league but we’re three points off 15th place, it’s that tight. But we need to start playing with 11 players.”

All three of Blackpool’s goals came from long-range attempts and Derek said: “Blackpool have scored three from outside the box. It’s not as if they are playing through us.

“They were struck well but, when they’re coming from 20 yards out, they’re a long way out, so we have to just look at that and look to see why they’ve been able to get the time or what is the story of them going into the back of the net.

“We’re all despondent because we can’t afford to allow the goals that are going in. We have got to stop that.

“And stop getting red cards, rightly or wrongly.”