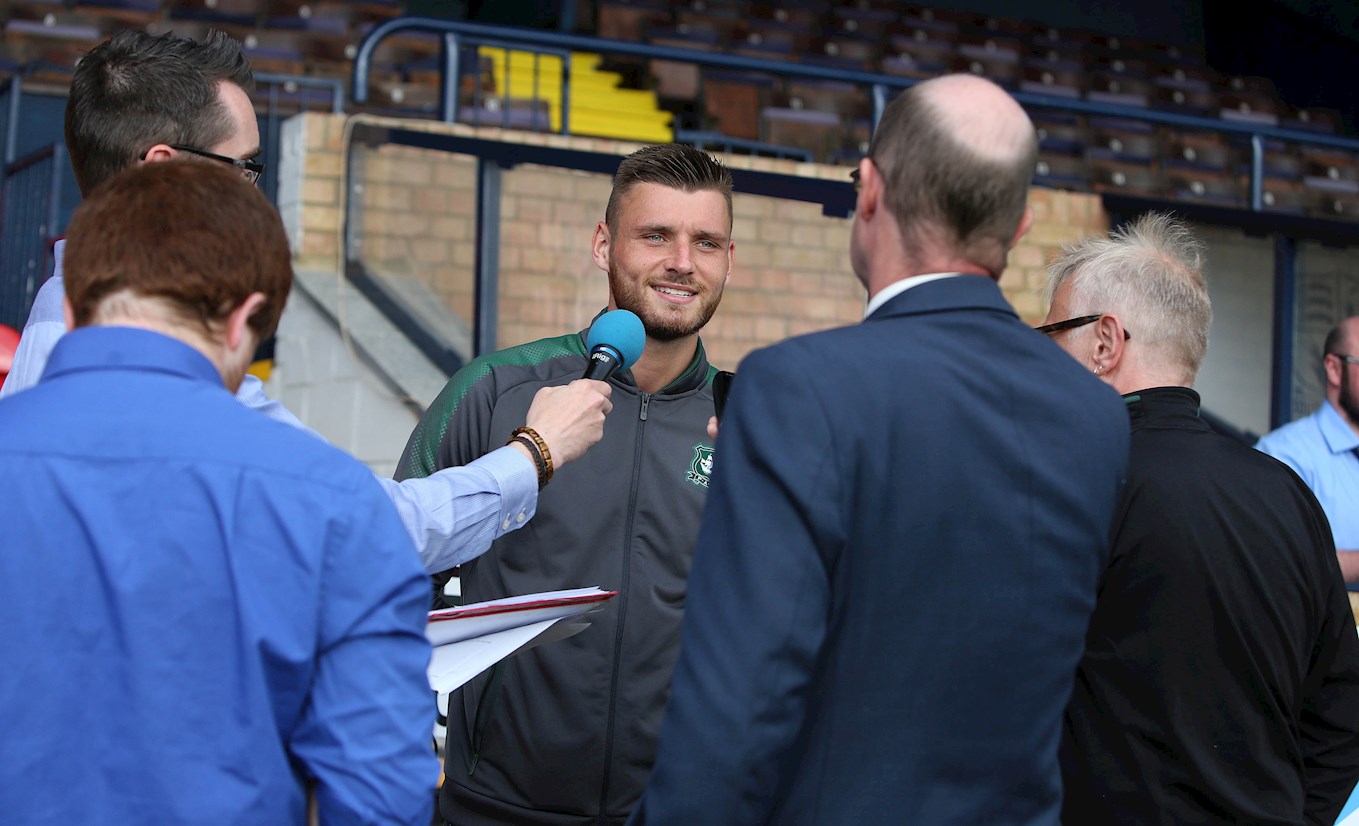 RYAN Edwards feels Argyle reacted well to going down a man and looked like the better side during their 1-0 defeat to MK Dons.

The Pilgrims defender feels that his team had the better chances and better ball control throughout the game, but unfortunately were undone by a first half goal from Aidan Nesbitt.

Argyle had to attempt to battle back with just ten men when Graham Carey was sent off just over half an hour into the game.

“I thought we stuck at it, we kept our shape and then we limited them to chances," said Ryan. "We had a number of chances which unfortunately one of them never went in for us.

"I think we were the better team today. I think if someone was watching today and had to guess who had 10 men I’m sure they’d have said them (MK Dons) because it was all us second half.

“It was disappointing to concede first which takes the sting out of you a bit but I thought we reacted well especially the second half.”

Having not been too sure what to make of Carey’s challenge during the match because of everything else that went around the incident Edwards has since had time to watch it back from one angle and feels the sending off was harsh on his team-mate.

“I don’t think it looks like it (a sending off) on the video but I think the lad's reaction has killed him.

“I’ve seen it there from one angle; here are several angles. From that angle it didn’t look like it to me but on the pitch I’m thinking, the way he’s rolled round, the way the players have surrounded the referee, whether he got affected by that I don’t know. I’ll have to see it again."

"He (Carey) just apologised. If there was a tackle to be there and to go and win I’ve no problem with that. These days there’s a limit on tackling that seems to be going out of the game which is a shame with referees but it’s happened now there’s nothing you can do about it.

“We have to move onto Tuesday and quickly get a result back."