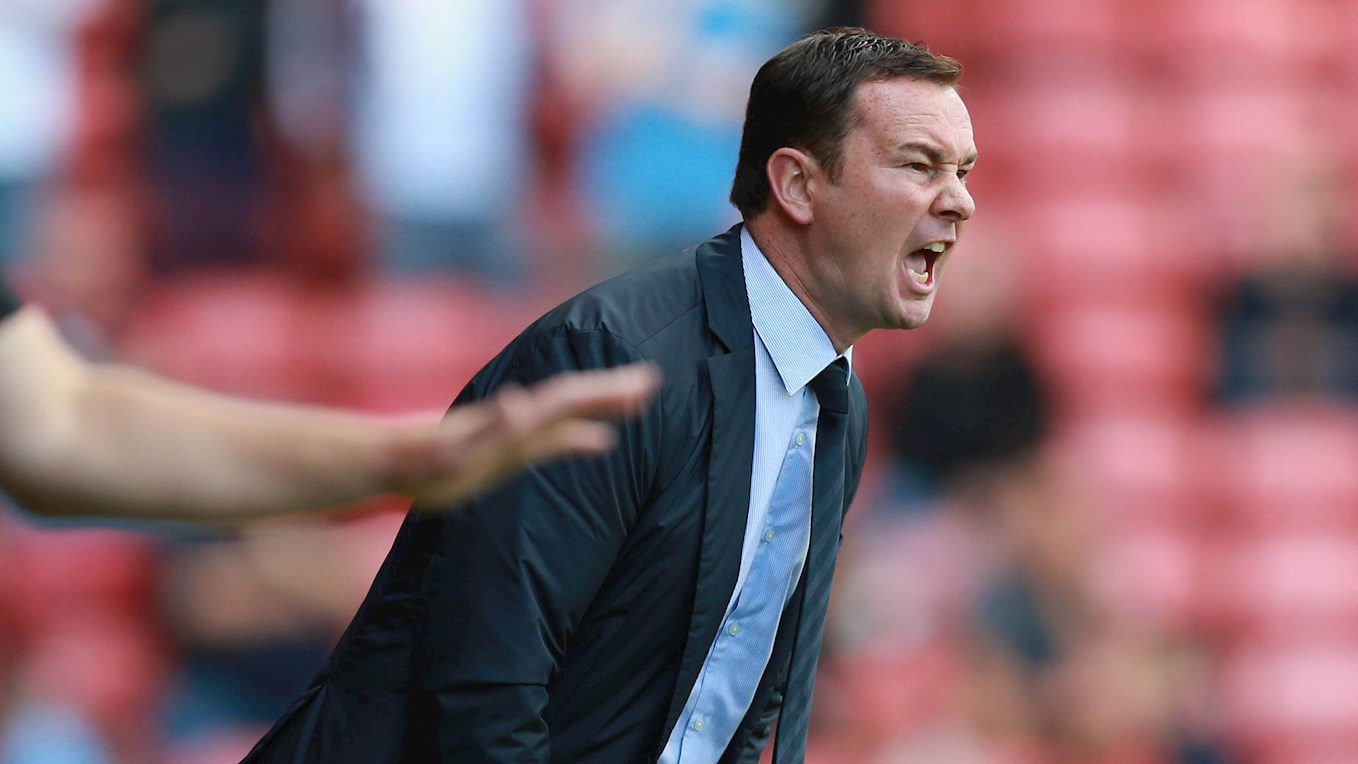 DESPITE plenty of in-game tinkering, Derek Adams was unable to guide his Argyle side away from a defeat to Walsall, conceding two preventable goals.

The Pilgrims are still in search of their first away victory of the 2017-18 campaign, as a well-drilled Saddlers side put in a strong performance to send Argyle home empty-handed.

That looked an unlikely outcome in the opening stages, however, as Argyle posed a real threat early on. However, unable to create a clear-cut chance, Adams’ side fell behind on 24 minutes, as Luke Leahy’s cross found an unchallenged debutant, Daniel Agyei, who headed in.

“We started the game very well. We were on the front foot,” said Derek. “Much like the game against Scunthorpe, we had most of the attack and then we lose a goal against the run of the play.

Leahy and fellow wing-back Nicky Devlin began to torment the Greens, with some drastic changes needed to avoid falling further behind. Adams switched systems before half-time, bringing on Yann Songo’o and matching the hosts’ 3-5-2 formation. This certainly tightened things up at the back, but chances were still hard to come by in attack.

“We had to go to three at the back very early in the game,” said Adams.“I had to take Joel Grant off because their two strikers were causing our two centre halves a lot of trouble. We were going to lose another goal if we didn’t do that.

“The two centre halves struggled today with the two forwards. It solved the problem and we quietened them down a bit.

“To be fair to them [Walsall], they defended well and defended the penalty box well, so they’ve got to take credit for that.”

The Greens grew more and more determined to find an equaliser, but found themselves two behind with nine minutes to play, with Erhun Oztumer netting a fine strike from outside the area. Argyle pulled one back just before stoppage time, as Graham Carey cracked in a penalty, but it was too little, too late.

“We lost a second goal when we were chasing it,” said Derek. “We should’ve made a tackle in the middle of the park. We didn’t do that and then he hits it from long distance.

“They’ve shown already this season how well they can play. Today, we didn’t do enough in both boxes, and that’s something we have to improve on.”