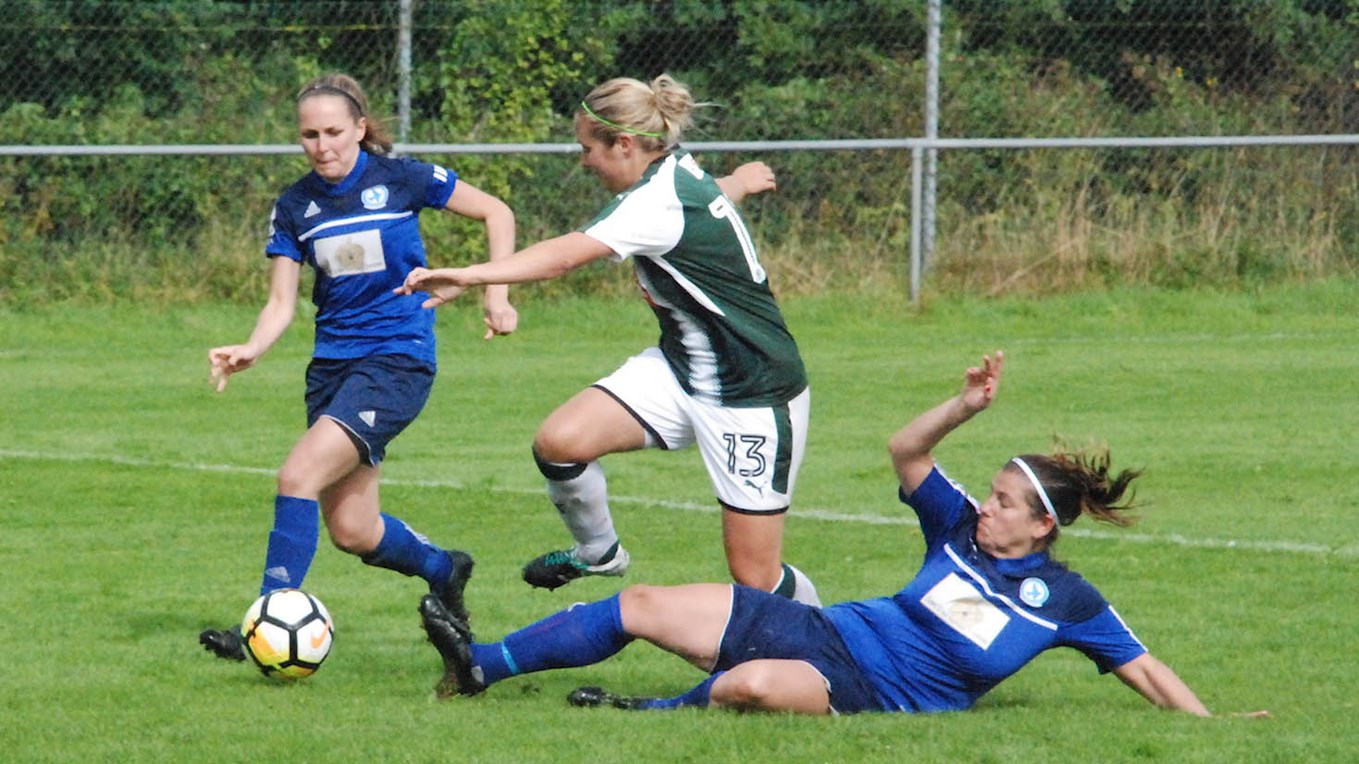 Knapman raced on to a Becky Dandridge through -ball to slot home from 12 yards after 25 minutes. It was soon 2-0 when a Kayleigh Lane cross found the head of Knapman to head home.

On a rare Larkhall attack, the visitors were awarded a penalty in the 34th minute after the ball was adjudged to have struck an Argyle hand. Lizzie Barrett converted for visitors bringing them back into the game.

Just before half-time, it was Argyle's turn for a spot-ick. A fierce effort from Katie Middleton was handled and Middleton herself fired her penalty into the corner of the net.

A change of approach from Argyle in the second half to exploit the wide areas was a massive success and the Pilgrims took the game to Larkhall.

The goals started to come for Argyle, starting with Knapman’s hat-trick. Middleton, winning the ball on the far right, launched the ball forward for Knapman to head home from six yards. Amber Pollock got onto the score sheet following another Dandridge through ball and, within 10 minutes, it was 6-1, substitute Dani Barr’s long-range effort beating the Larkhall 'keeper.

The visitors started to tire and Jessie Boston broke free to chip the ball over the advancing keeper, followed by Knapman’s fourth a minute later to put the Pilgrims 8-1 up.

Kate German was sent off for Larkhall in the closing stages of the game, leading to another penalty for Argyle and this time Dandridge finished things off with the penalty being the final action of game.

A lot of possession for the Pilgrims saw little breakthrough as they could not find a way through the stubborn defence.

The introduction of Salt livened things up for Argyle and some hard work and battling got her two very good goals.

Argyle had further chances to expand their lead from Gabi Alphous, Hayley Ranchan, Lucy Solloway and Shania Fenlon, but a mixture of superb goalkeeping and the crossbar prevented them from doing so.