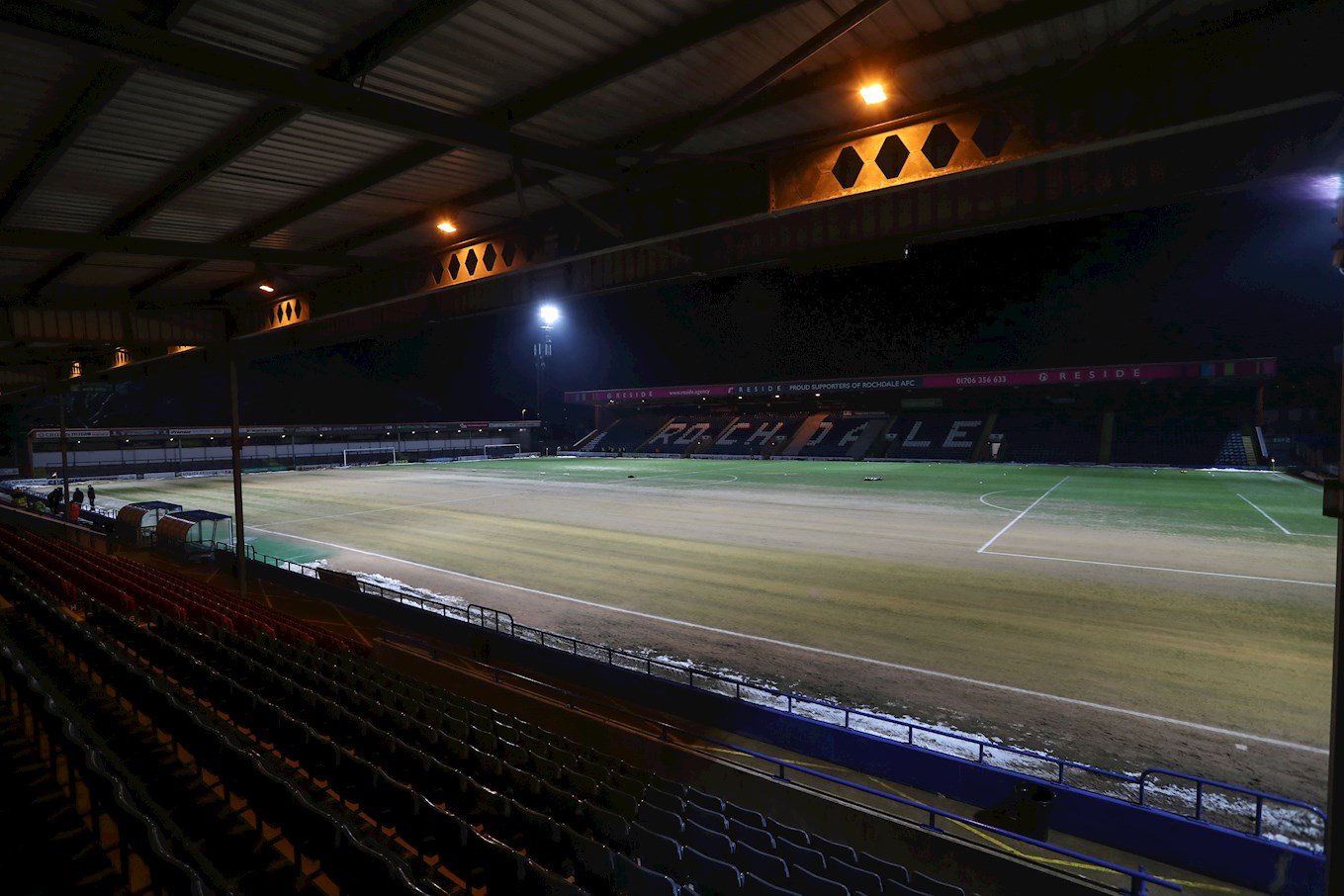 MOMENTOUS days in our history have happened in Rochdale.

What is now known as the Crown Oil Arena was plain old Spotland when the Pilgrims won 3-1 in 2002, and took over the directors box for a sing-song, having achieved promotion to the third tier.

Then, 11 years later, the final game of the season was back at the same ground, under very different circumstances. As it happened, we lost that day, but ineptitude on others’ parts enable us to stay in the EFL. Relief rather than joy was the overriding emotion that day – and fortunately, our pathway has been upwards ever since.

Whatever happens this Tuesday, April 24, it will not be as famous a day in our history as the two above. Neither will be on the level of a win against Queens Park Rangers on this day in 2004 that saw us promoted and becoming champions on the same day.

A win, though, would push us right back up on the level of current play-off place holders, Charlton and Scunthorpe. We would be one point behind Charlton with a game in hand, level with Scunthorpe and still to play them, everything in our hands.

A draw makes it tougher, but doable. A defeat even harder, but we shall still believe. It can be done.

This has been an extraordinary season. From the goalkeeping nightmares, to injury crises. From bottom of the league to fifth, in the space of mere weeks. From the joy of winning runs to the despair of Eddy’s illness, we have been through it, but ultimately it has been a spectacular journey. We now just need a fitting destination.

And we will arrive there together. Everyone at Argyle was frustrated with the result and performance at Northampton, but we must unite to bounce back. Those that pay their money have every right to react how they wish, but to a small number, just consider the impact of booing our players after anything they have done this season. You have the right to: but do you think it helps anyone?

We know, though, that the Green Army always come through. When the whistle goes at Rochdale, around a thousand of the Green Army will be watching. Over 600 tickets have been sold for the away end at the ground, and 250 or so will be on hand in Home Park’s Tribute Legends Lounge, for a beamback viewing. If you can still get yourself to Rochdale, do so – you can pay on the day.

Around the world, you will be listening and watching on iFollow, refreshing Twitter, texting pals – and hoping. So will we.

This is our spare match, our free shot, our big swing. Win, and the momentum is back with us – and then what a glorious atmosphere will envelope Home Park this Saturday.

But that, four days hence, may as well be an eternity away. All eyes head to Rochdale, to add another Spotland day out to our list of famous away days.