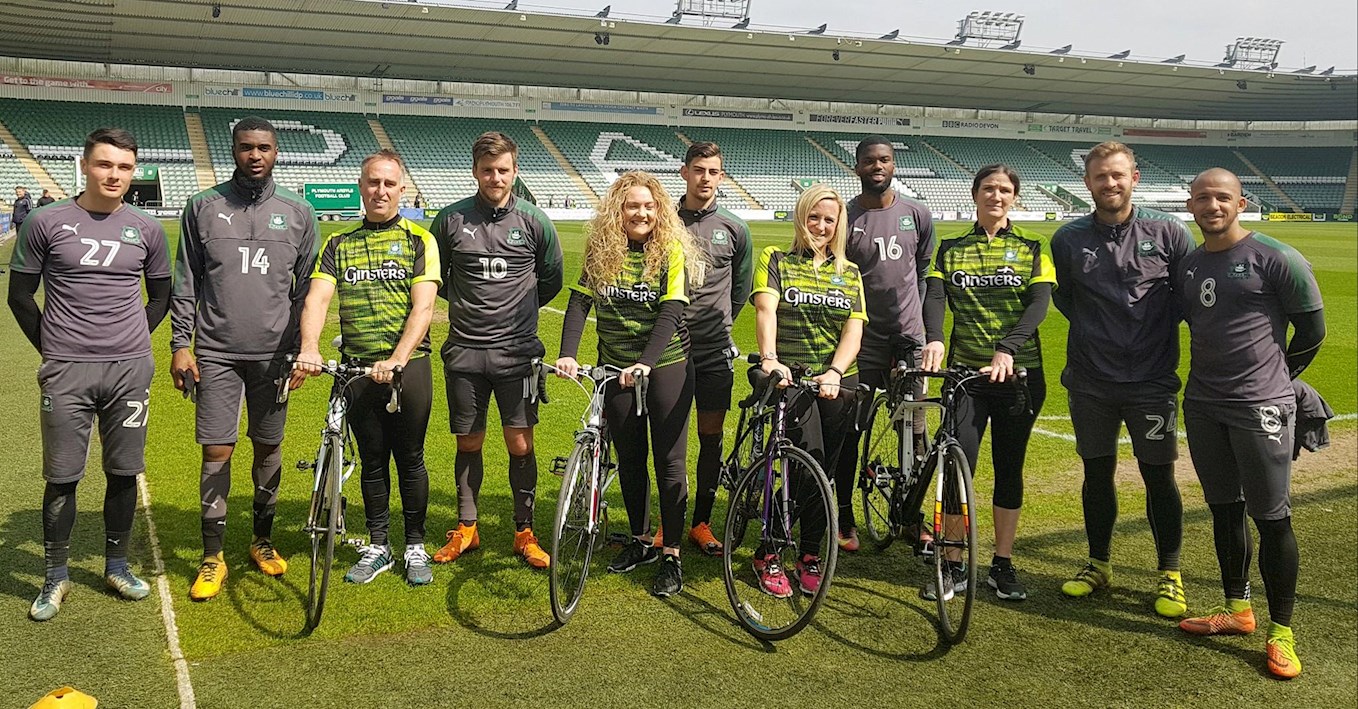 Dawn then found out about the EFL-backed Football to Amsterdam ride for Prostate Cancer UK and, after a quick call-out, Jacquie signed up, too.

Argyle got behind the girls and supplied cycle shirts and helped promote the event, which started at the Lee Valley Velopark in London.

The first day consisted of a 90-mile ride to Harwich. After an overnight ferry crossing, they joined up with riders who had set off from Yorkshire. The girls met up with former England striker Les Ferdinand at Lee Valley and spent the day riding with him, and shared the evening meal with him, too!

The second day was a more gentle 45-mile flat ride into Amsterdam, finishing at Ajax’s stadium, followed by a gala dinner for the 380 riders who had taken part, with speeches from Les Ferdinand and others.

A number of local business sponsored the girls and, back home in Devon, a charity dinner was arranged at the Green Taverners tent, with Sonny Bradley supporting them and being the night's star attraction, having just won the Player of the Season award.

This year, they wanted to grow the event with Plymouth Argyle and now have a team of eight people riding under the Argyle flag.

Please help support the team this year - they will being collecting before today's game and at half-time - and help more people survive this cancer: one in eight men will develope prostate cancer but, if caught early enough, the survival rate is very good.

And maybe we will see you on next year's ride?