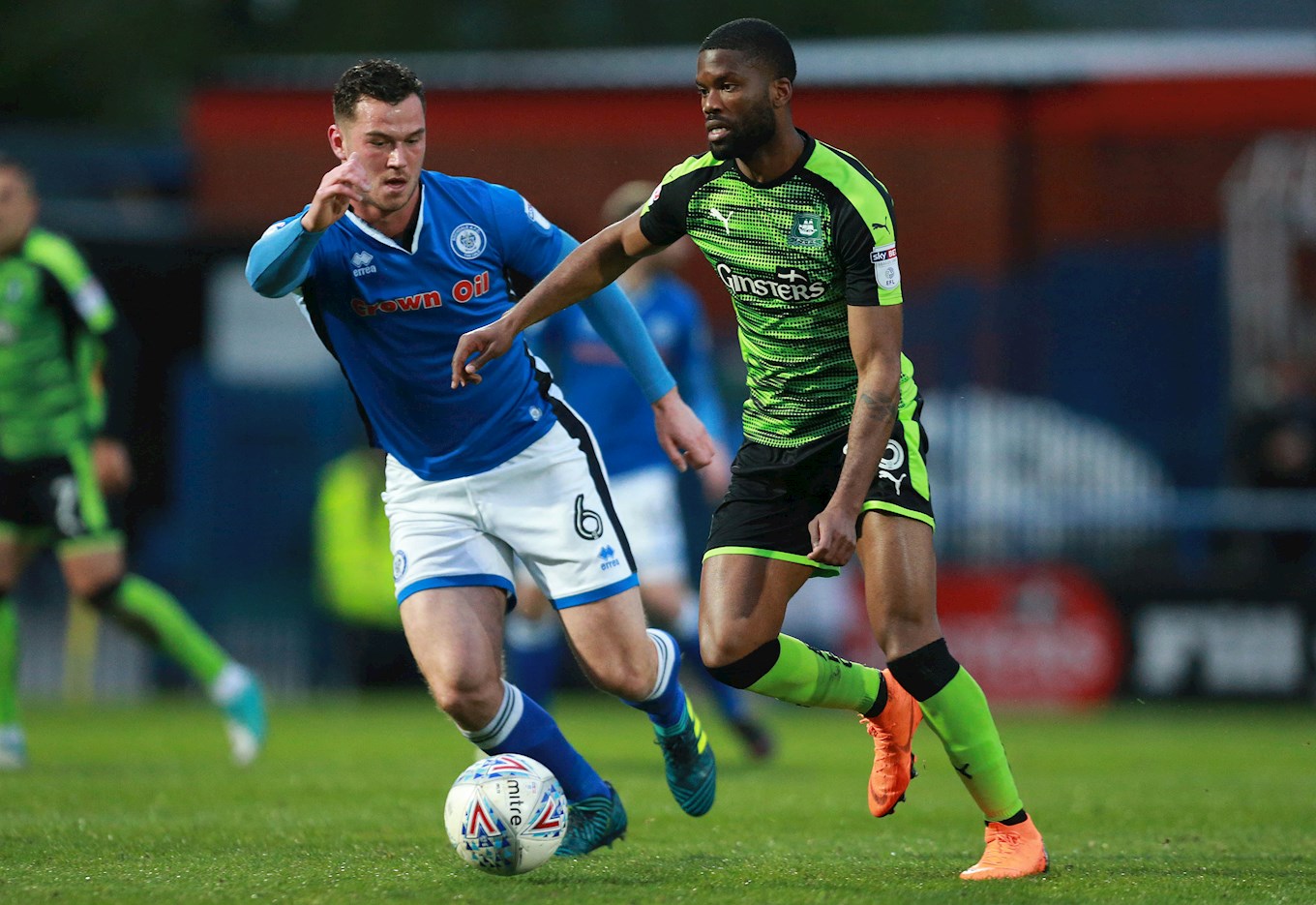 THE Green Army are not the only ones pining for the physical presence ofinjured Argyle forward Ryan Taylor – the man who has replaced him admits it is tough on the Pilgrims’ players, too.

Joel Grant has come back into the starting line-up since Ryan injured his ankle on the eve of the 0-0 draw against Portsmouth three games ago, and has played well, with a goal in the 1-1 draw at Rochdale capping some good displays.

Joel’s style is less physical than that of Ryan, whose absence has been keenly felt in the end-of-season run-in.

“We have had a formula that has been working and when it’s been working so well, it’s very difficult to change,” said Joel. “That’s pretty much what’s happened. I’ve come in and we have got to try to adapt to my game – it’s not easy and I don’t blame anyone. It make you appreciate so much more what Tayls has done when you’re up there.

“He has done such a fantastic job but one thing I would like to say is that we are different players. Although I’ve gone in, my role isn’t to do what Ryan Taylor does: my role is to try to do what I am capable of.

“At times, it is tough for the defenders because they need an out-ball and there isn’t much on but to kick it up to me – that’s when I’ve got to try and fight and do what Tayls does so well.

“I like to think there are times where I have shown what I can do when I’ve got the ball at my feet and when the ball’s put into space for me.

“Like I say, he was instrumental and I am just trying to fit into his shoes and give my best for the team.

“He’s been key, so any way I can help the team is massive, and goals is one part. He links up so well and gives chances to the likes of Graham [Carey] and Ruben [Lameiras] and, if I can do that and get goals myself, hopefully it will take some pressure off the back line, and we can win games.”

Joel said: “I thought it was quite clever because Ruben is very good and, in a way, it made the defenders realise that we were going to have to play football, so, at times, I think we took an extra pass.

“We played some really good stuff in the first half and everyone was enjoying it. We just couldn’t get that killer goal which would have really helped us, but onwards and upwards.”