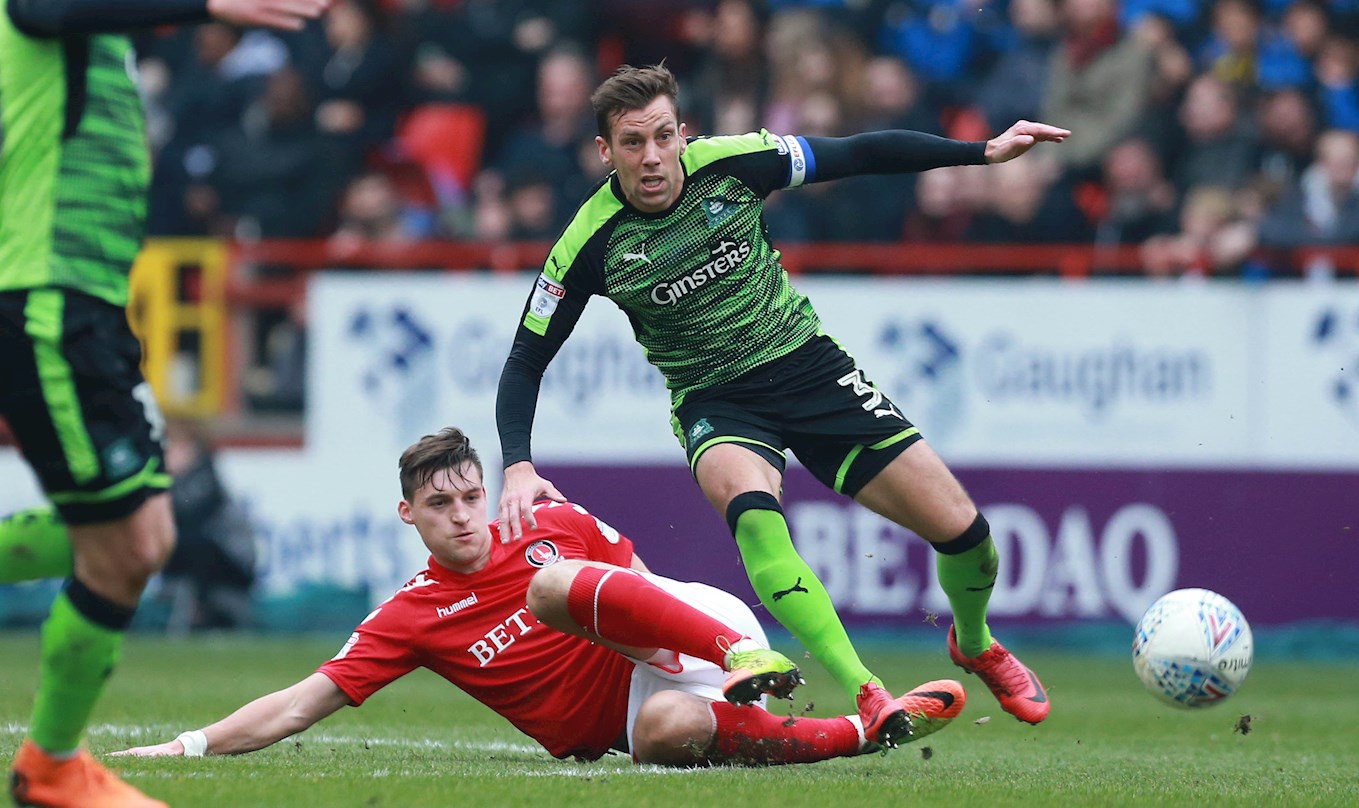 ARGYLE captain Gary Sawyer believes fellow full-back Aaron Taylor-Sinclair is the best left back he has had to compete with.

Taylor-Sinclair’s run in Argyle’s first team came when right-back Oscar Threlkeld was injured, and Sawyer moved across from left-back to cover.

Threlkeld recovered, and Sawyer returned to his regular spot, but Taylor-Sinclair has made many substitute appearances, and shown he can hold his own when asked.

In a week where Argyle meet Rotherham United, and may face former Pilgrim Ben Purrington at left-back, Gaz rated Aaron as the best contender for the left-back position he has ever battled.

“He has been brilliant,” said Gary. “Sincy is a good player and is more than capable of taking my place and doing a good job. I said that’s probably why I have had to work a little bit more, and at my age it’s a good thing I have someone behind me like that. He will get his chance and I’m pretty sure he will hold onto it like I have tried to do. But, that’s just healthy competition in football and Sincs is a good lad. I am sure he will get his chance.

“Sincy has been behind me all season and it has worked out like that luckily for me. Sincs is a very good player and very capable. He is the reason I have had to keep myself fit and do well, because he is the best left back I have had behind me.”

Sawyer has been ever-present for the Pilgrims this season, starting all 43 league matches, and is hoping to start the final three. If he does complete the 46, it will be something the full-back has never done in his 14-year career.

Sawyer said: “I did see that the other day, so I am aware of it. I have played a couple of cup games as well so it has been a long season for me of playing. At my age it’s nice to get through a season and not get injured, touch wood, and it is a big achievement for me.

“I’ve been lucky in that case. I have managed to keep my form and my fitness up. It’s something I can hopefully carry through the last three league games as I haven’t started every game before. So it’s something I’m looking to do, but more importantly it’s about how well the team does.

“I played right back for about ten games or so; I enjoyed that actually. It’s a little bit different though as my right foot is only normally known for standing on. I enjoyed it and it was something that the gaffer trusted me to do at the time.

For most of his 43 games, Gaz has been captain, a responsibility he may not have been expecting, but since Luke McCormick has been out injured, it is a role he has embraced.

“There’s been more come with it than I expected,” said Gary. “With the people coming to you for things in general. It’s a proud moment for me as a I have captained the youth team, the reserves and to come back and captain the first team is a massive honour for me. It is one I have enjoyed, but unfortunately for Luke the injuries he has had this season it has put me with the band on my arm.”