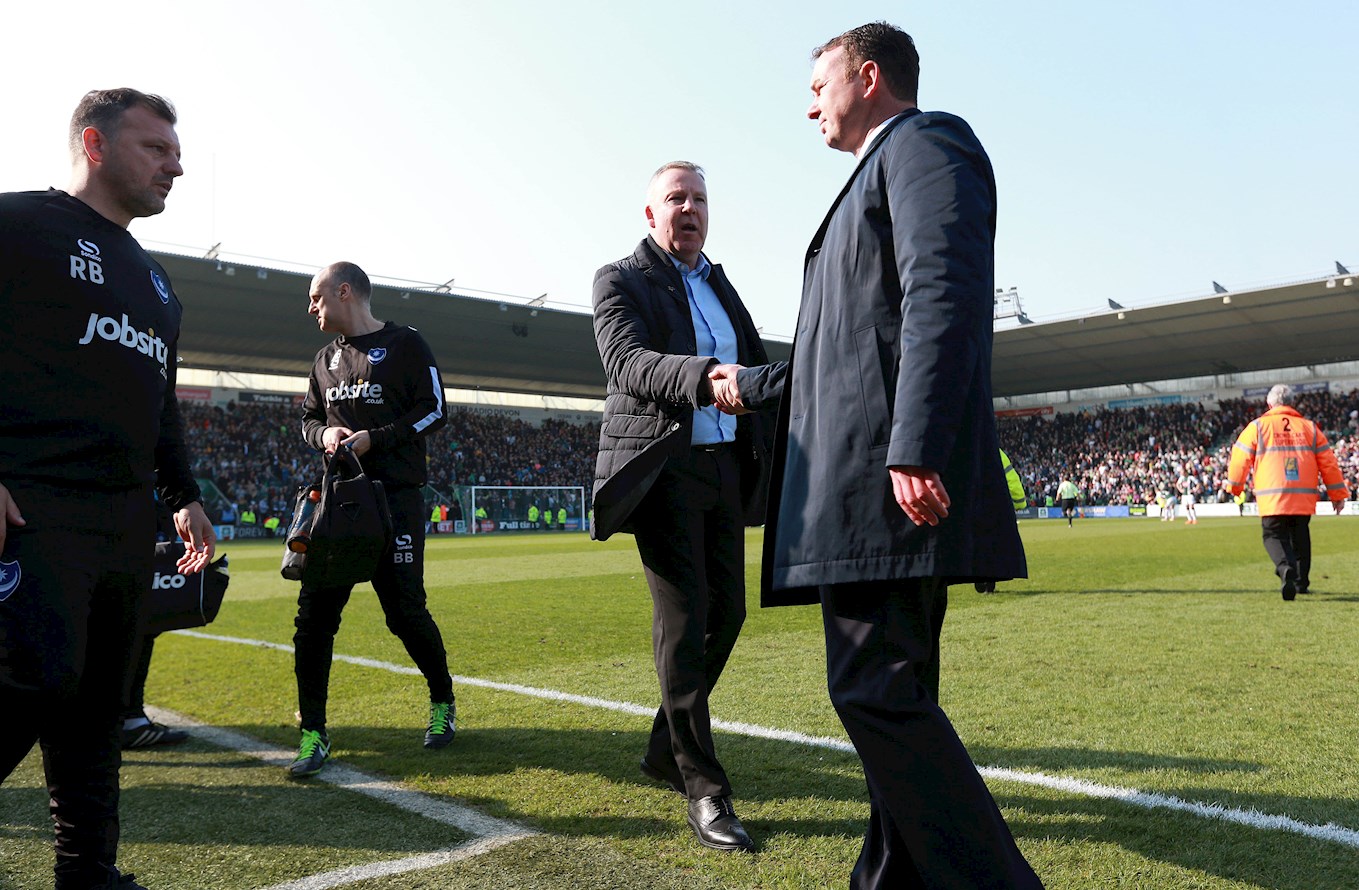 ARGYLE manager Derek Adams was pleased with his team’s performance as they claimed another valuable point at home to play-off rivals Portsmouth.

The Pilgrims drew 0-0 with Pompey: the first time Derek Adams has drawn a home league match as Argyle boss, with neither team scoring in his 68th home match in charge.

“I’m delighted with the performance today,” said Adams. “For large spells of the game we dominated possession and passed the ball very well, so we are disappointed not to have won it.

“They sat in and came for a point, so they got what they wanted today. That is disappointing for us, as they didn’t really create very much during the game. They hit the bar with our own player on our own goal, other than that nothing really.

“[It was] our fault; I didn’t really see Portsmouth doing anything today. I thought they looked a bit leggy, in the middle of the park we passed around them a good number of times. We were unfortunate, especially in the second half not to have gone ahead in the game.

“We were just a pass away from getting in. That was our problem today; we had to just complete one more pass and we would have won the game and it would have been nothing more than we deserved.”

With Ryan Taylor rolling his ankle in training on Thursday, Joel Grant replaced him in Argyle’s starting 11. Adams felt Grant put in a great performance for the team and stressed again that nobody is irreplaceable in the squad.

Adams said: “I thought he was terrific today. He leads the line really well and he was probably our top performer today, passing the ball, taking it in and his movement. He filled the gap perfectly well today.

“We had too many high balls into him today which made it easy for their two. Anything into his feet he was causing them problems. You could see with the movement at times, especially in the second half when we played some intricate passing they couldn’t deal with us. We just chose the wrong option at times but second half we were much better from that point of view.

“We always have somebody else to replace everybody. Nobody is irreplaceable at this football club; I keep on saying that. We have players who come in and do a good job, we have had Sarcevic, Matthews, Ness, Vyner, Bradley, Threlkeld all out injured and everybody comes in and does a job. It is about the team and no one is irreplaceable at this football club, there is always somebody that can come in and take your place.

“We have got a lot of talented players in the squad. You look at Jake Jervis in January; he went away to Luton and doesn’t get a game, [leaving us] with £150,000 in the bank and wages off the bill. It just shows nobody is irreplaceable and that’s the beauty of this football club. We have a good group of players that can do well.”