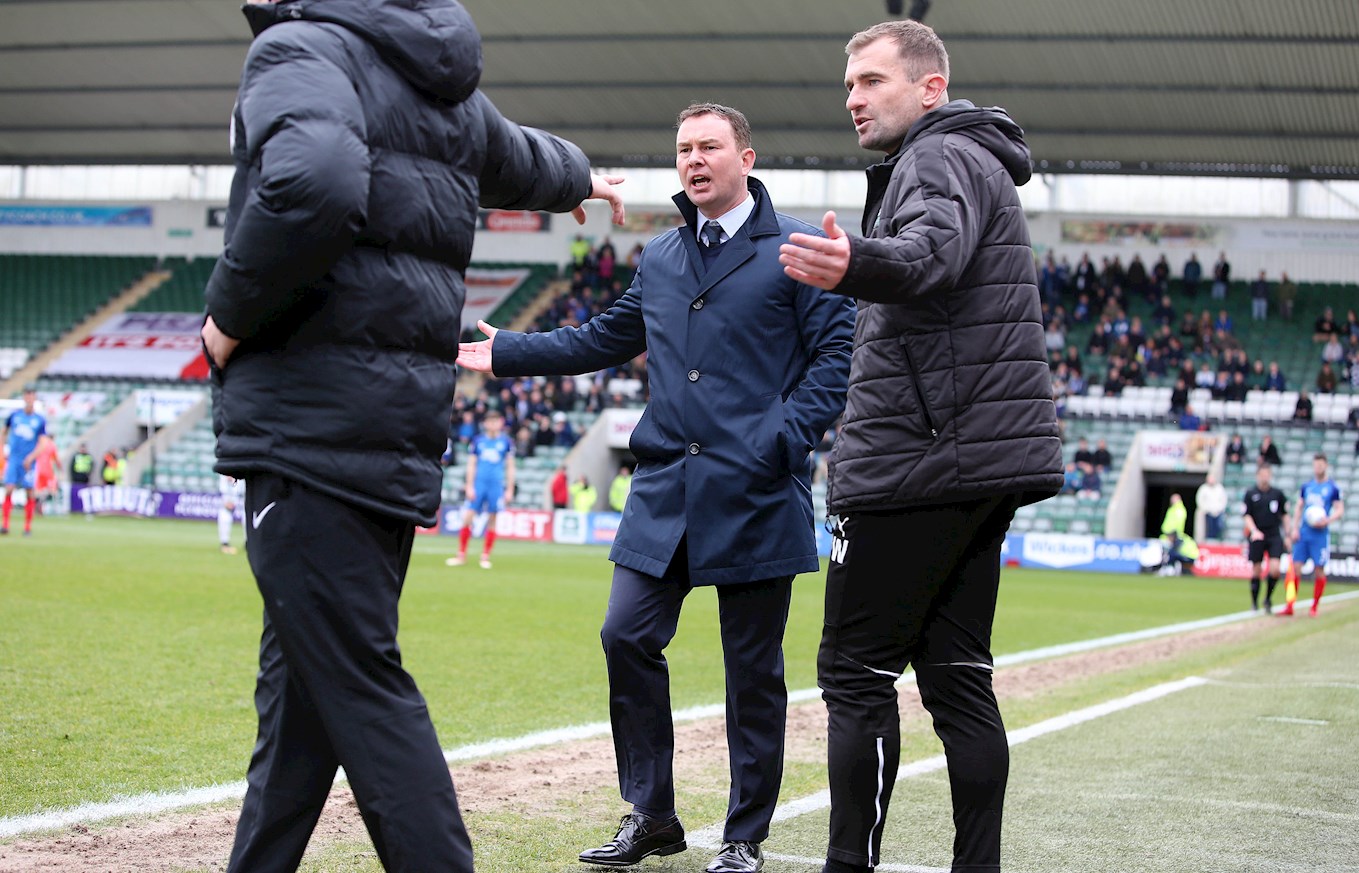 ARGYLE boss Derek was disappointed with the manner of how his side conceded the first goal in the 2-1 win against Peterborough – but was delighted at the Pilgrims’ equaliser.

The Pilgrims beat Posh at Home Park to move back into the Sky Bet League One play off places. However, they were made to come from behind after Jack Marriott’s early goal.

Adams said: “We had a penalty claim two seconds before up the other end of the park which we felt aggrieved about. Marriott gets in between the two centre halves which we spoke about before the game with the threat he causes - and the two centre halves don’t deal with it. He is able to get in behind and score the first goal. That gave them a lift, but we were always in control of the passing and movements in the game. Their threat was always on the counter attack with Marriott.

“We could have dealt with him better in the first half as he scored a goal. He is always a threat in this division, he looks to play on the shoulder and has scored a lot of goals.”

Argyle equalised Marriott’s opener though Ryan Taylor after 27 minutes, and would go on to win the game through Graham Carey’s last-minute penalty. Adams felt that Taylor’s goal, which brought the Pilgrims level was well-worked and gave praise to Argyle’s frontman.

“It was a good goal,” said Adams.“It was a great cross from Gary Sawyer and it was good to see Ryan Taylor get across of his man to head it into the far corner. It was difficult for him today as we played too many high balls to him, which enabled Baldwin and Taylor to get the better of him at time, if we played it to feet it may have been a different story. But he has been a pivotal player for us.”