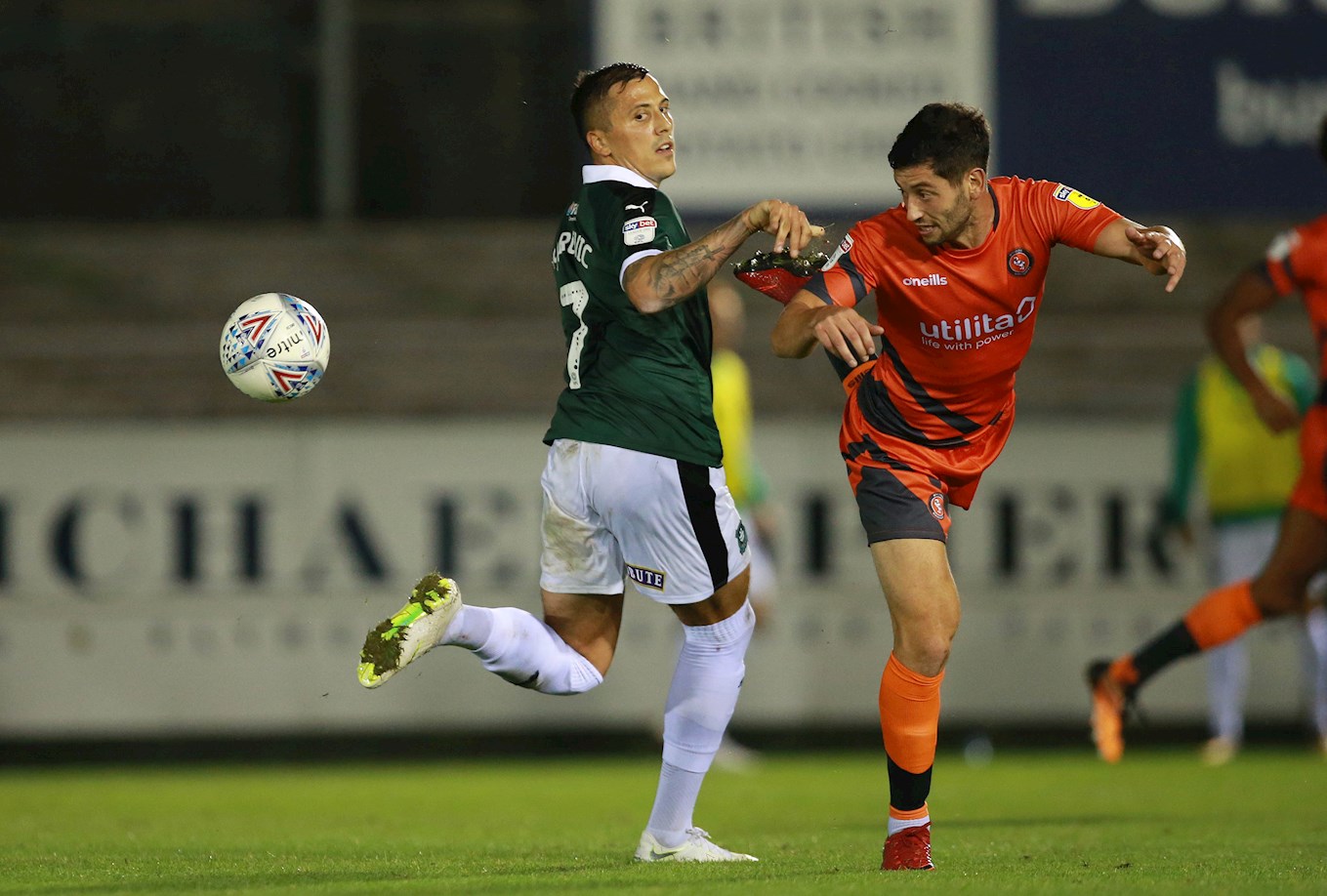 ANTONI Sarcevic was at the heart of Argyle’s Jekyll and Hyde performance against Wycombe Wanderers, but even he cannot explain the odd turnaround in fortunes during the game.

The Pilgrims led at the break, 1-0 and cruising thanks to Freddie Ladapo’s early goal, but failure to turn dominance into goals cost them in the second half, as Wycombe pressed hard in the second half and scored a deserved equaliser through Matt Bloomfield on 84 minutes.

“The first half was complete domination,” said Antoni, who was making his first appearance of the season. “They couldn’t touch the ball; we were feeling good and moving the ball.

“It’s something that happens in football. I don’t understand it. It’s hard to take because I thought we did well, and if we had come away with a 1-0 that’s the season started, not the best performance but three points.

“The few chances they had not going for them makes you think it could be your night, but we allowed it to keep happening, and eventually they’ve got their chance and it’s gone in. We’re disappoint we didn’t win, but it’s work that we need to do to push on for the rest of the season.”

Argyle have started the season with two away defeats, by a single goal each time, and two home 1-1 draws. Other than a superb cup win against Bristol City, the Pilgrims are yet to win this term.

Last season, a poor start dragged on until nearly the close of the year, before a stunning alteration in fortunes almost got the rejuvenated Pilgrims into the play-offs. Antoni does not want to leave it so late again.

“The results need to be rectified and turned into wins,” he said. “We don’t want to be looking up at teams getting away from us. We need to play like we did at the end of last season, and hopefully we can be successful.”

The next task is an onerous one. Never mind Argyle’s form, next opponents Peterborough come to Home Park having won all four games so far. The only other team to do that is Portsmouth – and Argyle play them the week after.

“They have brought a number of players in,” said Antoni, about the Posh, “and they just seem to be scoring freely. That will be a big test for the lads. It will be a big week of training, and we have to in there confident, show what we are about like we did first half, and do it for the whole game. A win would stamp out authority, and give us a confidence boost for the forthcoming games.”