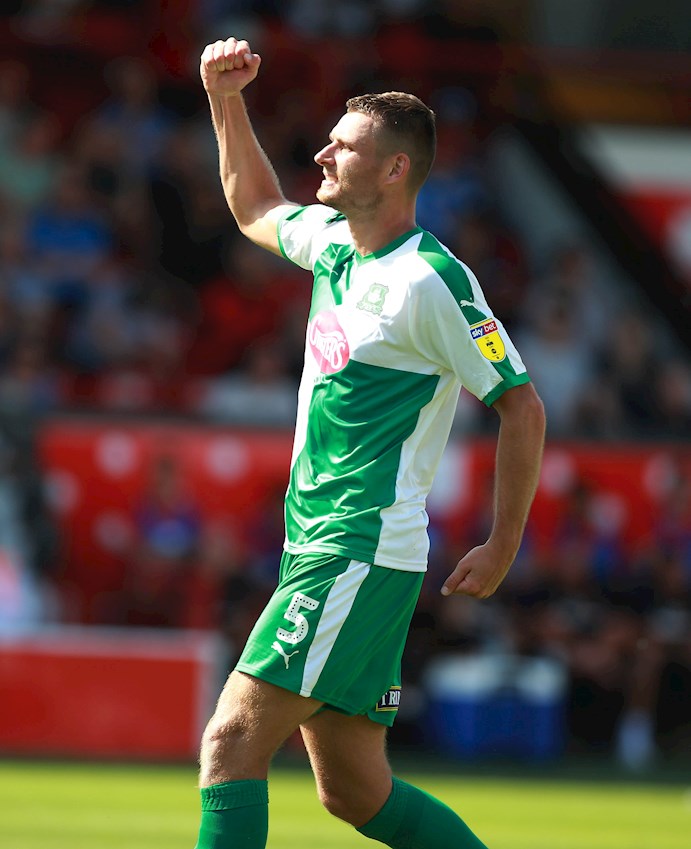 RYAN Edwards wants the Pilgrims to repay the support of the Green Army with a winning Home Park performance against Southend United.

The Shrimpers come west on the second Saturday of the new Sky Bet League One campaign, seven days after Argyle’s 2-1 opening-day defeat at Walsall.

More than 1,700 Pilgrims’ supporters made the trip to the Banks’s Stadium to see Eddy give Argyle a first-half lead in his first game back since treatment for testicular cancer.

However, Andy Cook equalised before half-time and Luke Leahy scored the winner from a direct free-kick early in the second half to deflate the elation which followed Eddy’s strike.

He said: “The fans today, singing my name…I think you saw my emotions when I got back to my position, and I sort of gave them a fist-pump because they have been with me the whole way. It was nice to get it off my shoulders.

“I’m glad they had something to shout about but, unfortunately, we couldn’t keep hold of the points for them and take them back down the road.

“We’re back at Home Park next week and we have got to give those fans something to cheer about next week because they were unbelievable today, different class.

“They never shut up. They never got off cheering us all game. Even after the game when we had lost, they were still singing and they are going back down the road, as we are, with no points. We have got to give them something back.”

Eddy was the only one of the Pilgrims’ defensive unit not to be making his Argyle debut after a summer of change and he said: “We knew there was going to be big changes.

“A few of the lads left, but a lot of lads have come in and we’ve got to know each other very quickly. Everyone who’s been here, and who will come here in the future, will see that we’ve got a good squad spirit and it’s very easy to settle in back down in Plymouth.

“It’s a nice area and there’s a good group of people around the club – not just the players, the staff, the people that not many people know behind the scenes; the kitchen staff; the physios, everyone.

“That’s why it’s easy to settle in, because people are very welcoming.”