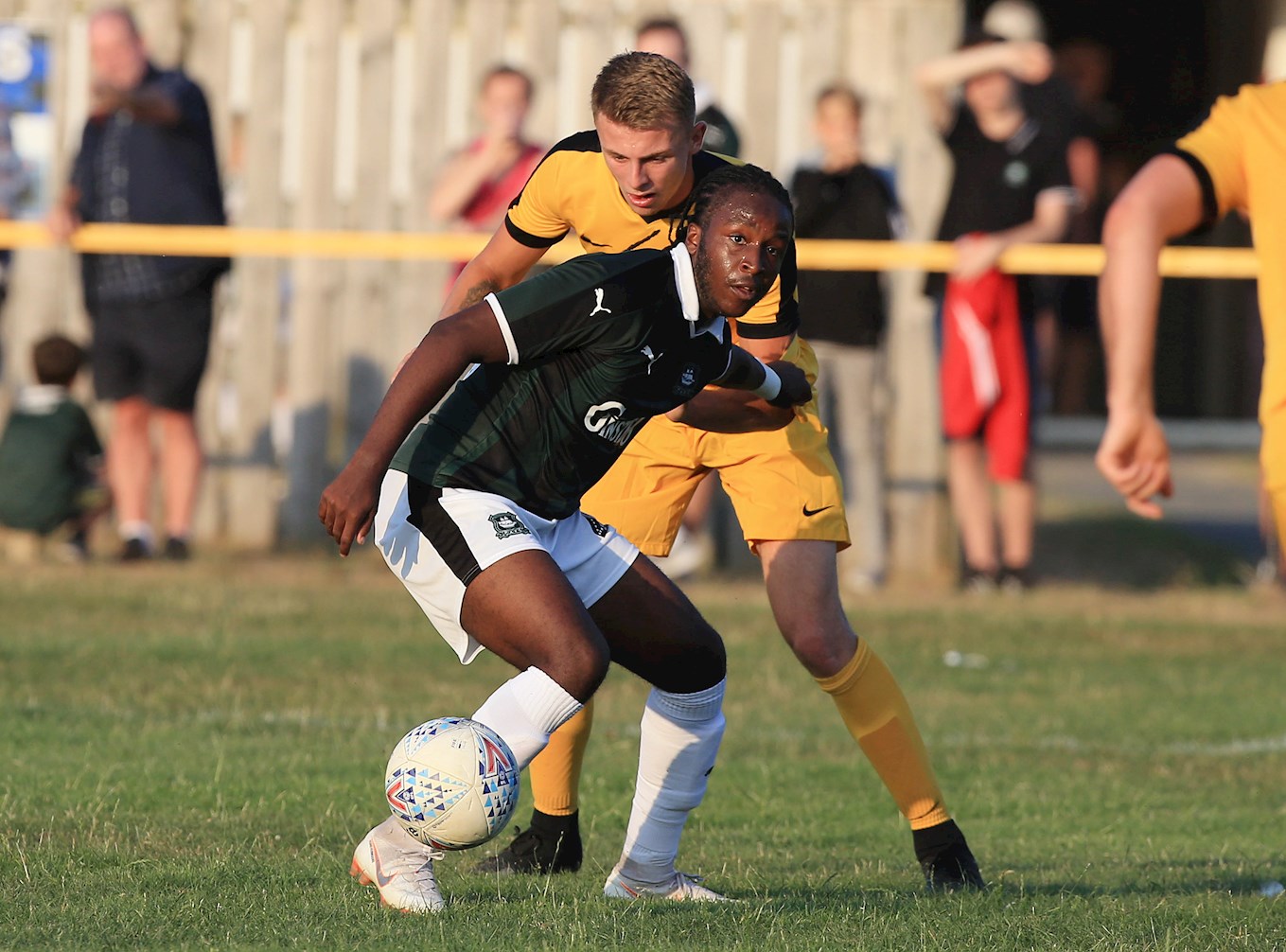 TAFARI Moore has no doubts that swapping the Emirates for Home Park was the best move of his career.

Former Arsenal defender Tafari was named man of the match on his Pilgrims debut, winning the penalty from which Graham Carey opened the scoring in a 1-1 Sky Bet League One draw at the Theatre of Greens.

The 21-year-old signed for Argyle in the summer, having targeted a move away from Arsenal last season, and he is certain that playing in the Argyle first-team is preferable to being part of the Premier League side’s development squad.

“It’s much better,” he said. “People said to me ‘Why are you leaving?’ I just said to them ‘I am not playing in the Arsenal first team, so what good does it do me, just to say I am at Arsenal, put it on the Instagram, all of that?’

“It’s not for me. The age that I am at, I need to be playing first-team football. I’ve been on loan twice. I went to Holland for a season and that was a great experience, but when I came back to youth football I was thinking ‘I can’t do this’.

“Then I went out on loan to Wycombe and, after that, I knew it was just time to start getting first-team football. It was the right time. I’m here now and I’m really happy.

“[I have] come to club where I can really show what I can do, a club that plays football, that will bring about the best in me. I feel that Plymouth is the right place.

“Time doesn’t wait for anyone. You can’t waste time.”