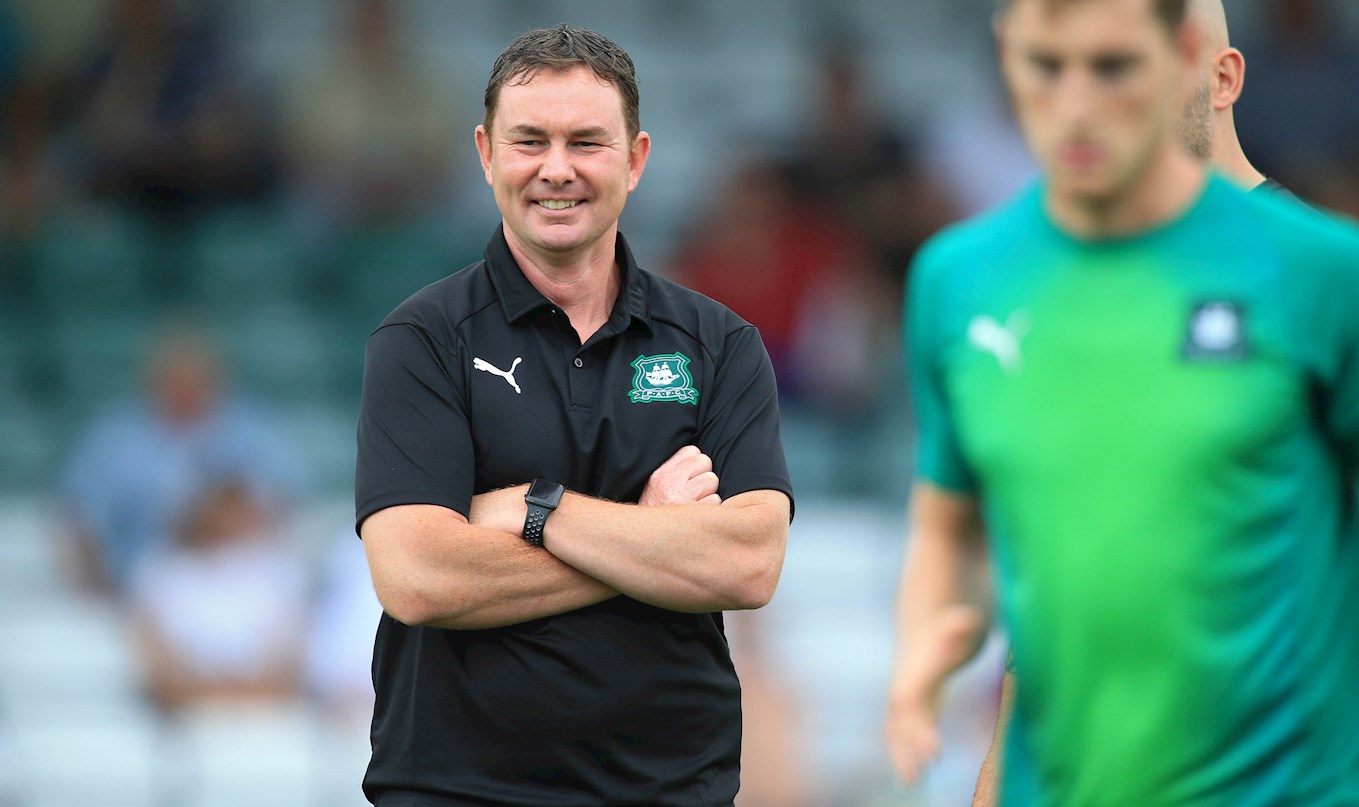 DEREK Adams was satisfied with one of the tougher starting line-ups he has had to pick at Argyle, believing some debutants outshone more established Pilgrims in their 2-1 loss to Walsall.

A total of six players added their names to the archive of players to put on the green shirt for a competitive game. Matt Macey, Scott Wootton, Ashley Smith-Brown, Joe Riley and Conor Grant all started against the Saddlers, whilst Freddie Ladapo was a half-time substitute.

The new boys took to life as a Green quickly and comfortably, but were unable to prevent an opening-day defeat, as Ryan Edwards’ goal was nullified by strikes from Andy Cook and Luke Leahy. Despite the result, the boss felt the new boys coped admirably in a less than ideal environment, whilst others found life more difficult.

“It’s never easy making your debut,” said Adams, “and today was one where they put in a lot of strong performances. The pitch: it was difficult for us to pass the ball. It was very slow.

“Ash [Smith-Brown] did really well today; a strong performance. We played him because [Zeli] Ismail plays in that area, and we dealt with him. That was the reason we played him.

“I thought Lameiras and Carey were very poor for us today, and didn’t do anything in the game for us, so that was disappointing. They have to do a lot better than they did today. Their pass completing, their picking out of players, is not what I expect from two players who should be the best on the pitch.

“It’s always difficult, but the ones who were in the team are the ones who we thought could win the game. Unfortunately for us, in the first half, we didn’t pass the ball quickly enough. That wasn’t just the players’ fault; the pitch was slow at this time of the year. We had a lot of possession but we didn’t pass it quickly enough to the sides. They’ve got to get up to speed.”

Midfielder Grant notched an assist on his debut, floating in a perfect ball for Edward to volley home. It was an emotional moment for himself and everyone who has followed Ryan’s road to recovery in recent months following his battle with testicular cancer. Both he and his manager were keen to play down the goal after the game, though, as they were unable to convert the goal into a positive result.

“It was a great ball in from Conor Grant and a very good finish from Ryan,” said Adams. “and it gave us the deserved start in the game.

“He’s on the losing side today, so his goal doesn’t really matter today. It only would’ve mattered if it was on the winning side.”

Goalkeeper Macey, the most recent acquisition of all, displayed his talent by denying Andy Cook from the penalty spot, only to see the ball cruelly sit up for Cook to nod in the rebound. Adams feels the penalty call against his side was the right one, but believes similar action should have been taken against the home side later in the game.

“We have a number of penalty claims in the 90 minutes, and that was the story of the game.”