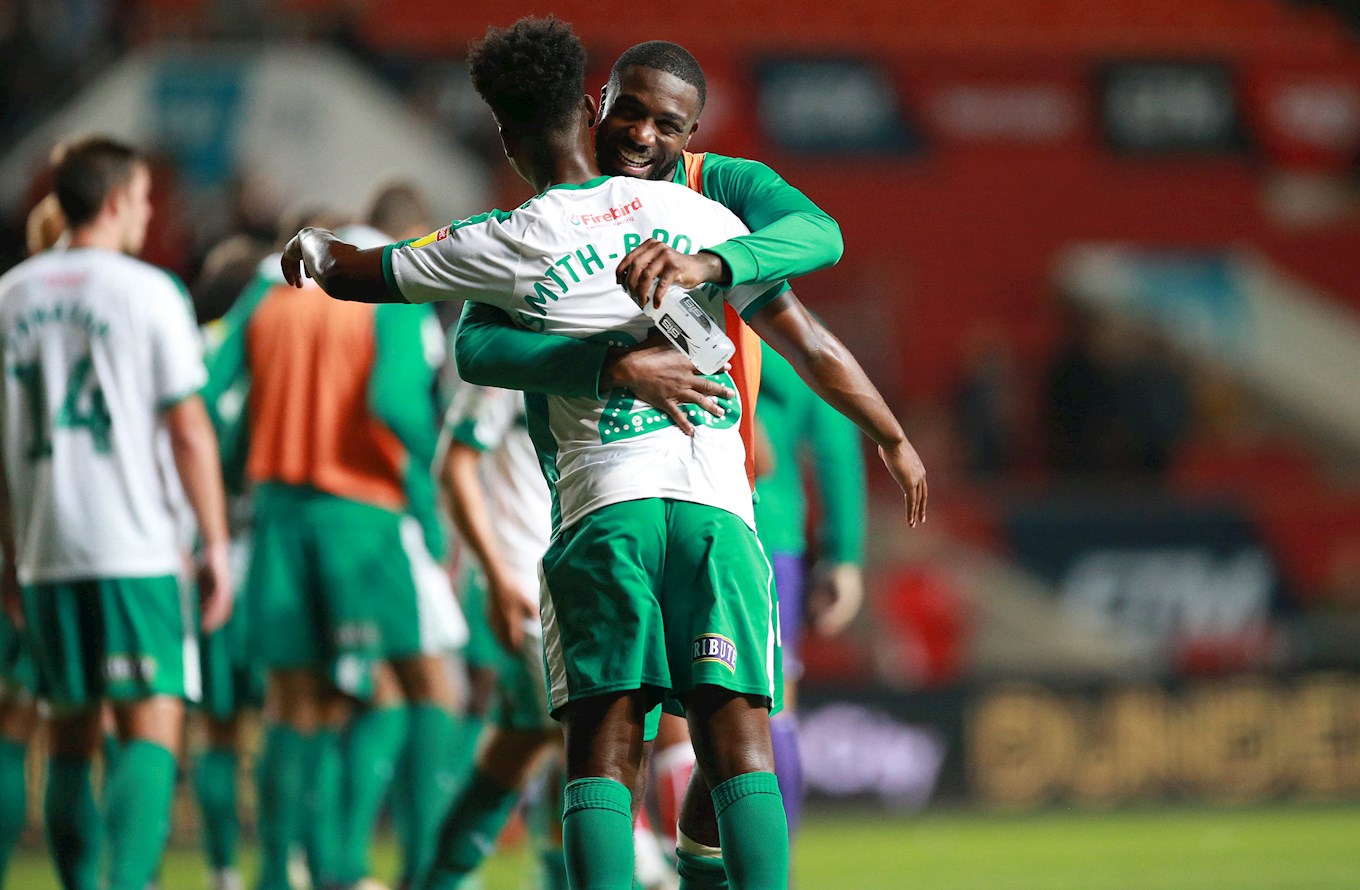 SOME things, they say, are worth the wait.

The last time Argyle had won a first round game in the Carabao Cup, before Tuesday evening, was in 2012. In fact, it was six years to the very day when the Pilgrims beat an admittedly well below strength Portsmouth to reach the second stage.

It was an amazing 28 years since Argyle won an away game in the same competition. When Andy Thomas and Mark Fiore were booking Argyle’s place in 1990, taking a 3-0 aggregate win over Wimbledon, some 15 months before Yann Songo’o was born.

Songo’o, the goalscoring hero – and defensive colossus – in the 1-0 win at Ashton Gate, had a wait of his own. Twelve months ago, Argyle were routed at the same ground, at the same stage of the same competition.

The Pilgrims lost 5-0 in a game they were losing after two minutes, 3-0 down in after half an hour, and trailing by four at the break. They were outclassed and embarrassed on that night, and the pain of the experience rankled with Yann.

“The lads that played in that game last season,” said Yann, “we were waiting for the opportunity to come back to Bristol to show what we can do. I think we did that.”

When he says ‘we’, it is quite an exclusive list. Yann and Graham Carey were the only players to start both games. Gregg Wylde, a starter last year, came on on Tuesday night, while all other players to feature a year ago had either departed, were injured, or did not get on on this occasion.

The side showed tremendous heart, though, and Yann is confident of the squad’s ability to gel, given the early season signs.

“The way we play, we can play against any team,” he said. “A couple of years ago, we went to Anfield and got a draw. We stay as a team, and we get the best out of ourselves. The new players get use to our style of play. Everyone showed great character.

“We worked on it on Monday, the gaffer wanted us to be compact, stay together and we did that really well.

“I really enjoyed it. My job is to protect our back four, and if I get the ball to play forwards and play it simple. We did that tonight.

“I thought the team worked really hard. It was difficult, being my first start, but as a team together we showed great character.”

The win was the first of the season in all competitions, at the third attempt. It was also a first clean sheet, with Argyle having conceded so far from a penalty, a rebounded penalty and a direct free-kick.

The Pilgrims will now look to parlay this form to Coventry City on Saturday, in Sky Bet League One.

“Clean sheets give you confidence,” said Yann. “We needed that after the two league games, conceding goals from set-pieces. Tonight should give us confidence as we go to Coventry.”