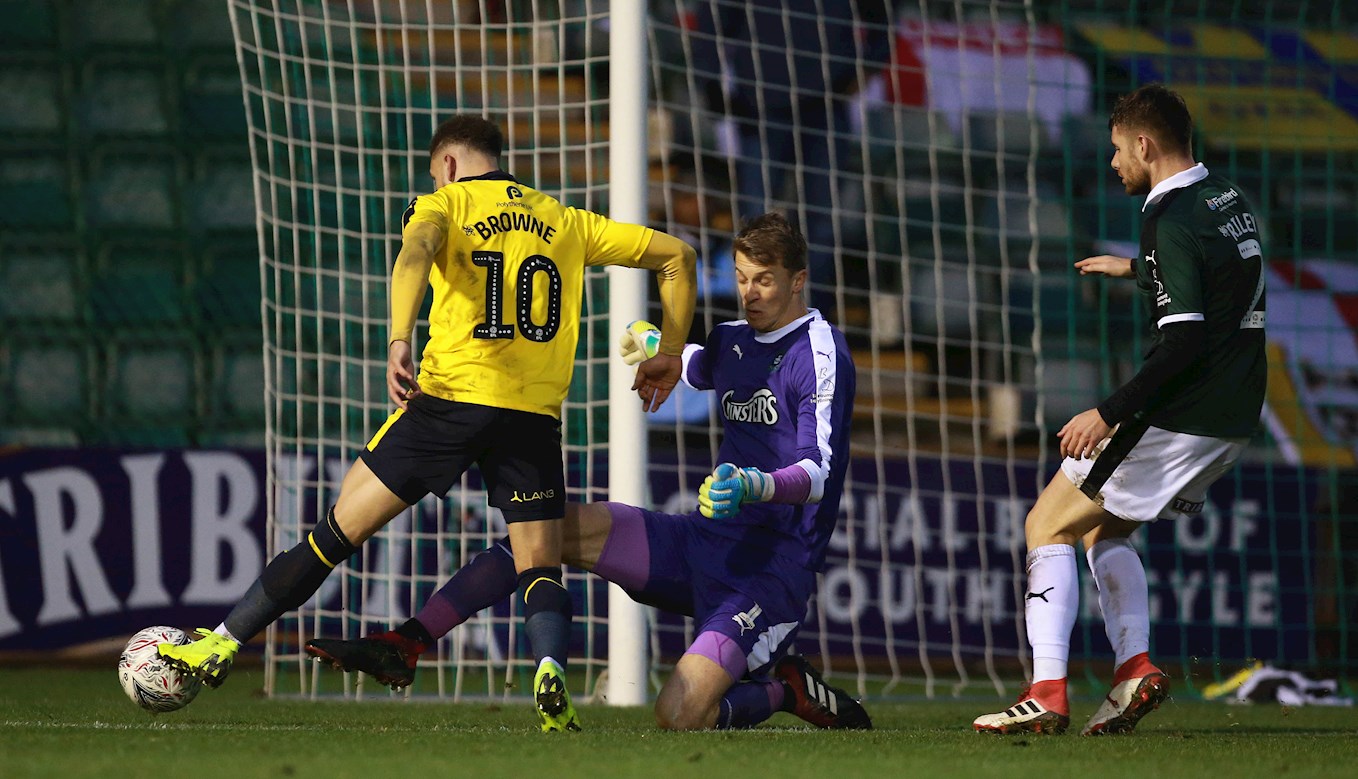 AFTER almost three months away from the starting line-up, right-back Joe Riley completed his recovery from injury with an impressive showing in United’s 2-1 FA Cup defeat to Oxford on the weekend.

Argyle boss Derek Adams was delighted with his composed performance and Joe was one of a team of Pilgrims who deserved a better outcome from a fine display against the U’s.

While it was great to have Riley back in the fold, on-loan midfielder Stuart O’Keefe has returned to parent-club Cardiff City for treatment on a niggling achilles problem.

“He [Riley] was very good and you couldn’t tell he had been out for eight to ten weeks,” said Derek. “His composure on the ball and the way he won his headers was pleasing to see.

“He hasn’t played for that time, trained for about ten days and we need to get our injured players back as soon as possible, which is what we’re trying to do.

“He [O’Keefe] has been struggling with it for a while and felt he couldn’t continue with the pain, so he has gone back to Cardiff [for treatment]. I would hope he will be back as soon as possible because he’s not damaged it too seriously.”