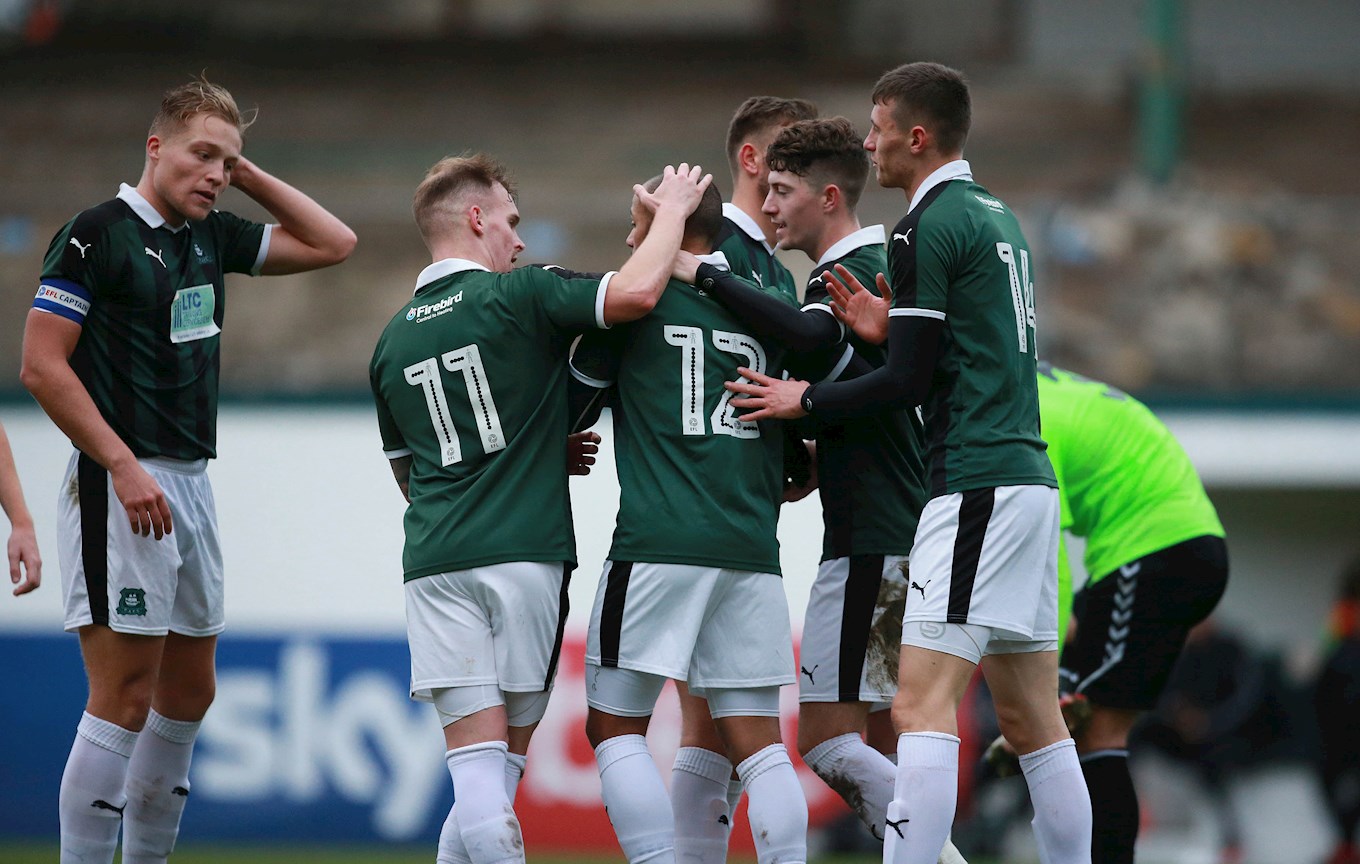 ARGYLE preserved their unbeaten start in the Central League on Tuesday when goals from Gregg Wylde and Lionel Ainsworth gave them a 2-1 victory over Forest Green Rovers at Home Park.

The visitors had the better of the first-half chances. They were twice presented with free-kicks in dangerous positions just outside the area and on both occasions struck goalkeeper Kyle Letheren’s right-hand post.

Ryan Law was Argyle’s stand-out player in the first period. His inviting low ball into the box had no takers to finish off a lovely move.

Argyle did have the ball in the net just before the half-time whistle when Ryan Edwards – making his comeback from illness and playing 75 minutes without conceding – headed home, but the effort was quickly ruled out for offside.

Argyle stepped it up in the second 45 but just could not seem to break down a miserly Forest Green defence.

Eventually, persistence did pay off for the Pilgrims. Gregg Wylde’s pace was always going to be a problem if given time and space to commit defenders, and that was exactly the case in the 67th minute. He broke quickly on the left-hand side, was never going to be caught and he was able to fire past the keeper into the far corner.

Jordan Bentley, Calum Dyson and Ainsworth all made their introductions from the substitutes’ bench, and Dyson came sliding in at the back stick thinking he had doubled Argyle’s advantage shortly after but the linesman’s flag was raised.

With less than 10 minutes to play, a third victory from four games was all but confirmed when Ainsworth was put through by Dyson to neatly slot home for 2-0.

For all their efforts, the visitors did pull a goal back in the dying moments through Tahvon Campbell, whose a curling effort from outside the box gave Kyle no chance in goal.