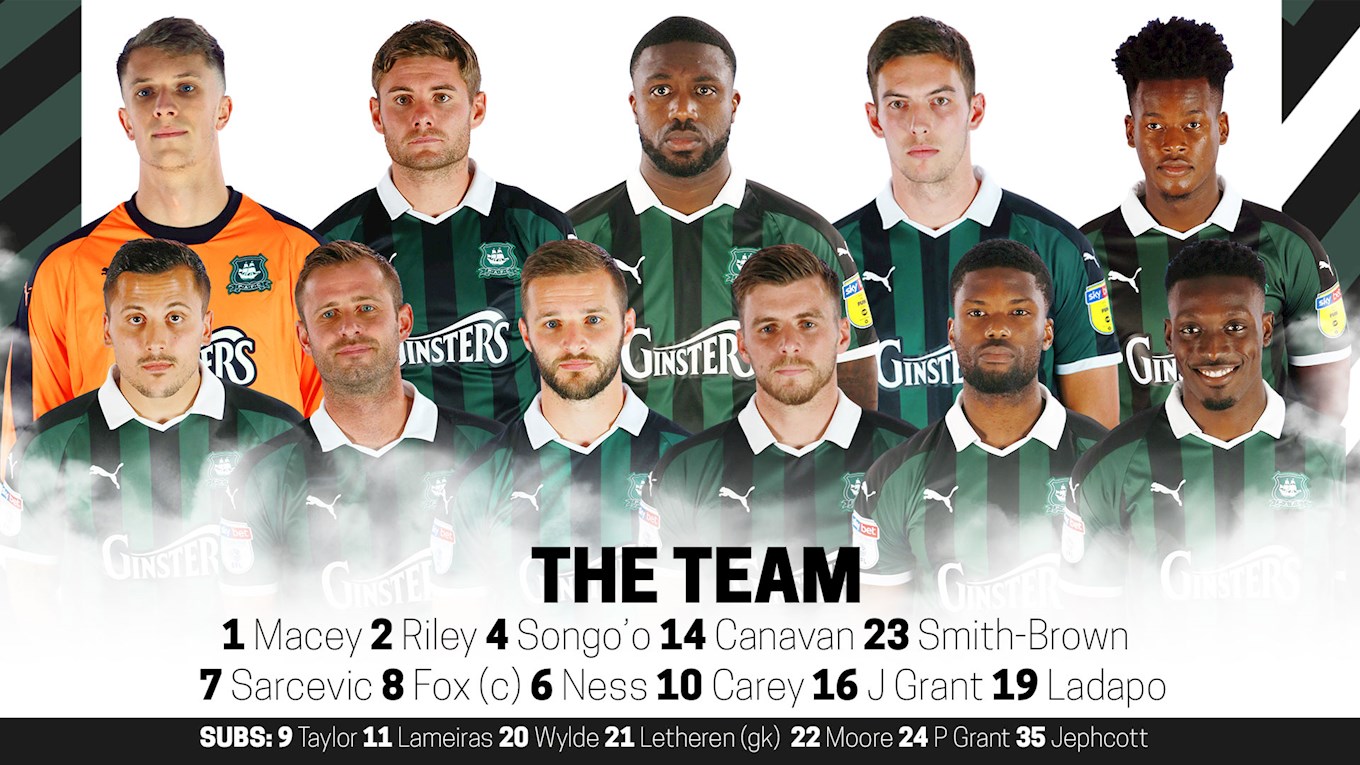 Both had made substitute appearances in Tuesday’s Sky Bet League One 2-0 defeat at Shrewsbury, and each replaced the man that they had come on for at Montgomery Waters Meadow – Tafari Moore and Ruben Lameiras, who dropped to the substitutes’ bench.

Alongside them was former Oxford forward Ryan Taylor and Gregg Wylde, who came into the squad instead of on-loan Cardiff City midfielder Stuart O’Keefe.

The Oxford 11 included former Pilgrims Curtis Nelson and Jamie Mackie, who each scored in October's Sky Bet League One meeting between the two sides at the Kassam Stadium, which Oxford won 2-0.