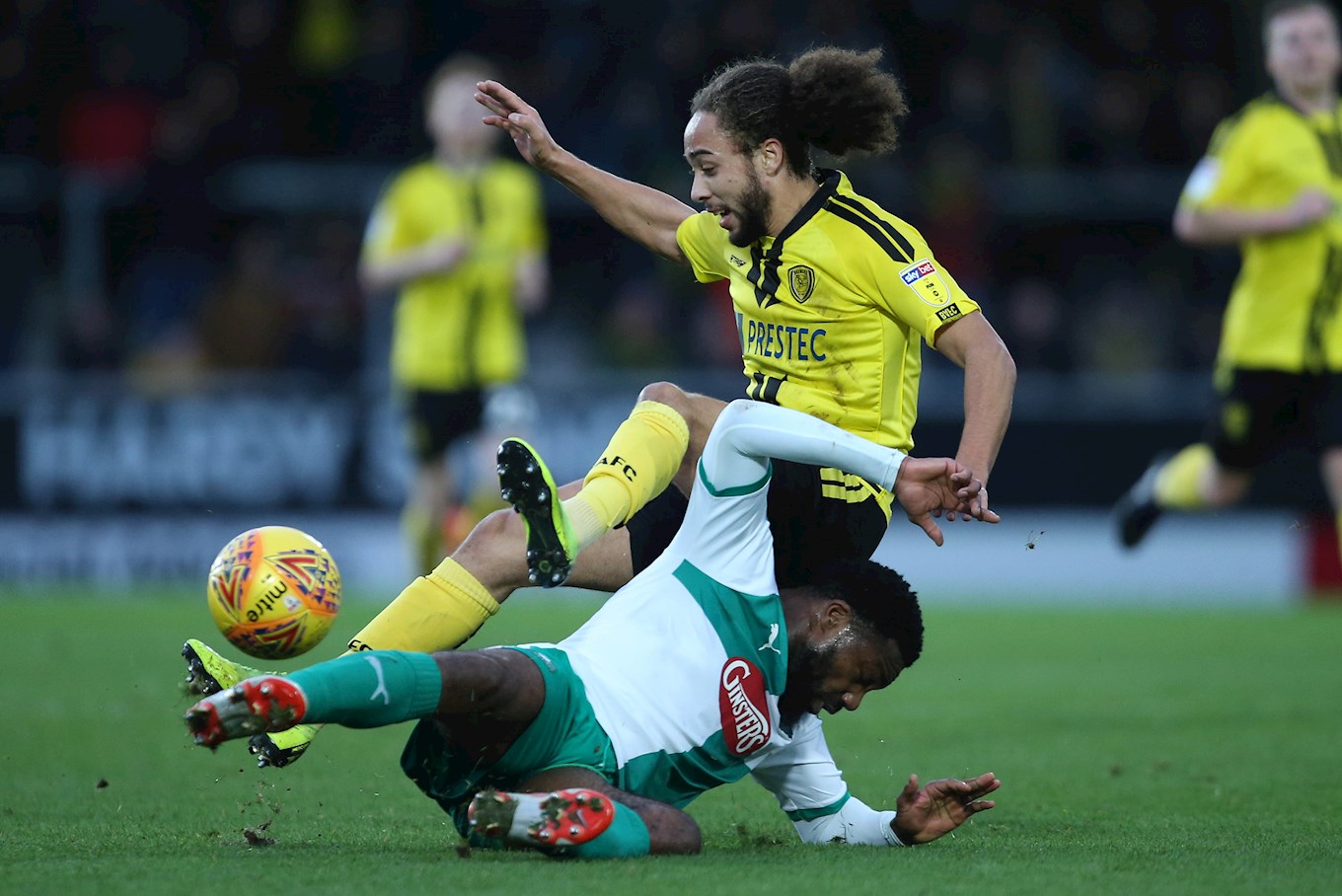 SIGNS at the Pirelli that 2019 could be a good year for the Pilgrims came from a bravura second-half display at Burton Albion in Sky Bet League One.

Argyle lost their grip on proceedings in the fourth minute, when they were caught cold by Will Miller’s breakaway strike.

They got back on track quickly, though, and levelled early in the second half through recalled midfielder Ruben Lameiras before largely dominating the game from then on without being able to drive home their advantage.

Argyle’s starting line-up saw three changes to the side that had lost on their first post-Christmas road-trip at AFC Wimbledon three days earlier, two through choice and one because of injury.

After playing every league game this season, on-loan Arsenal goalkeeper Matt Macey gave way to injury and was replaced by Kyle Letheren, starting an EFL match for the first time since he kept a clean sheet in a 0-0 draw against Portsmouth in April.

The abandonment of Boxing Day’s horses-for-courses 3-5-2 formation against the Wombles saw forward Ryan Taylor return to a substitute role, swapping with Lameiras, while central defender Niall Canavan’s comeback from an ankle injury brought to an end captain Gary Sawyer’s temporary stint at left-centre back as he returned to the flank, ousting Ash Smith-Brown.

Burton, fresh from a 3-1 home holiday win over Wycombe, made two changes, with Ben Fox returning from injury and Miller promoted from the bench.

The two worked in unison to put Argyle on the back foot before anyone had broken sweat. With Argyle on the attack, Ben Fox dispossessed Freddie Ladapo in his own half and, after a quick exchange of passes, galloped away down the Burton right.

His low cross to the far post was met by Miller at full tilt and he crashed a shot past Letheren, who was obliged to collect the ball from his own net before he had been asked to make a save.

The Pilgrims responded well to the early blow. Carey and Sarcevic each had a pair of shots that were either deflected wide or went there of their own accord as they sought parity.

For the rest of the first half, the match looked a little back to front, with Argyle playing forward and Burton countering them at pace. Lucas Akins proved a handful, as ever, and he twice threatened to unpick the Pilgrims’ defence, not least of all when he played in Jamie Allen for a shot that was mercifully off target.

Argyle worked hard in a congested midfield, trying to crank the Green Machine’s pass and move game into gear, and succeeded to an extent, forcing seven corners to Burton’s two in a first half in which, for all their endeavours, the breakthrough just would not come.

The injury malaise which has plagued the Pilgrims’ back line this season came to the fore after half an hour, when Joe Riley limped off, feeling his hamstring, to be replaced by Smith-Brown.

Burton continued to look dangerous on the break as Argyle’s transition from attack to defence struggled occasionally against the speed of their hosts and Akins finished one such raid by shooting over, before the Pilgrims ended the first 45 minutes in the ascendancy.

The closest that they came to levelling Miller’s early strike was when Ryan Edwards rose at the far post to head David Fox’s corner goalwards. The ball beat goalkeeper Bradley Collins but looped on to the roof of the goal netting.

The Pilgrims emerged for the second half with real purpose and had already shown their attacking intentions through Lameiras’s deflected shot before the same player levelled the score.

Smith-Brown rode out a couple of challenges down the right before passing responsibility to Carey, whose drive to the bye-line ended with a low driven ball into the six-yard box. Lameiras arrived at the far post to strike it home, through, rather than past, Collins.

Suddenly, the Pilgrims were the dominant force and they so nearly doubled up through Lameiras again after Ladapo broke and cut the ball back for a shot which needed a defender’s nick to take it wide, and then only just.

Burton were not out of things altogether, although Argyle’s urgency limited their sporadic attacks even more than the first half, and Marcus Harness might have done better after being picked out by Fox. Danger, too, when the same player bumbled his way through to allow Akins a header which went over.

The pattern largely maintained, though. Sarcevic had a shot blocked after being slipped in by Lameiras, and, from the corner, Edwards was similarly denied.

The Argyle dug-out sensed that the three points were there for the taking and introduced Luke Jephcott to add impetus to their efforts in the final 15 minutes.

Although they remained largely on the front foot, Burton finished stronger and it needed some resolute defending to snaffle a well-earned point away from Staffordshire.