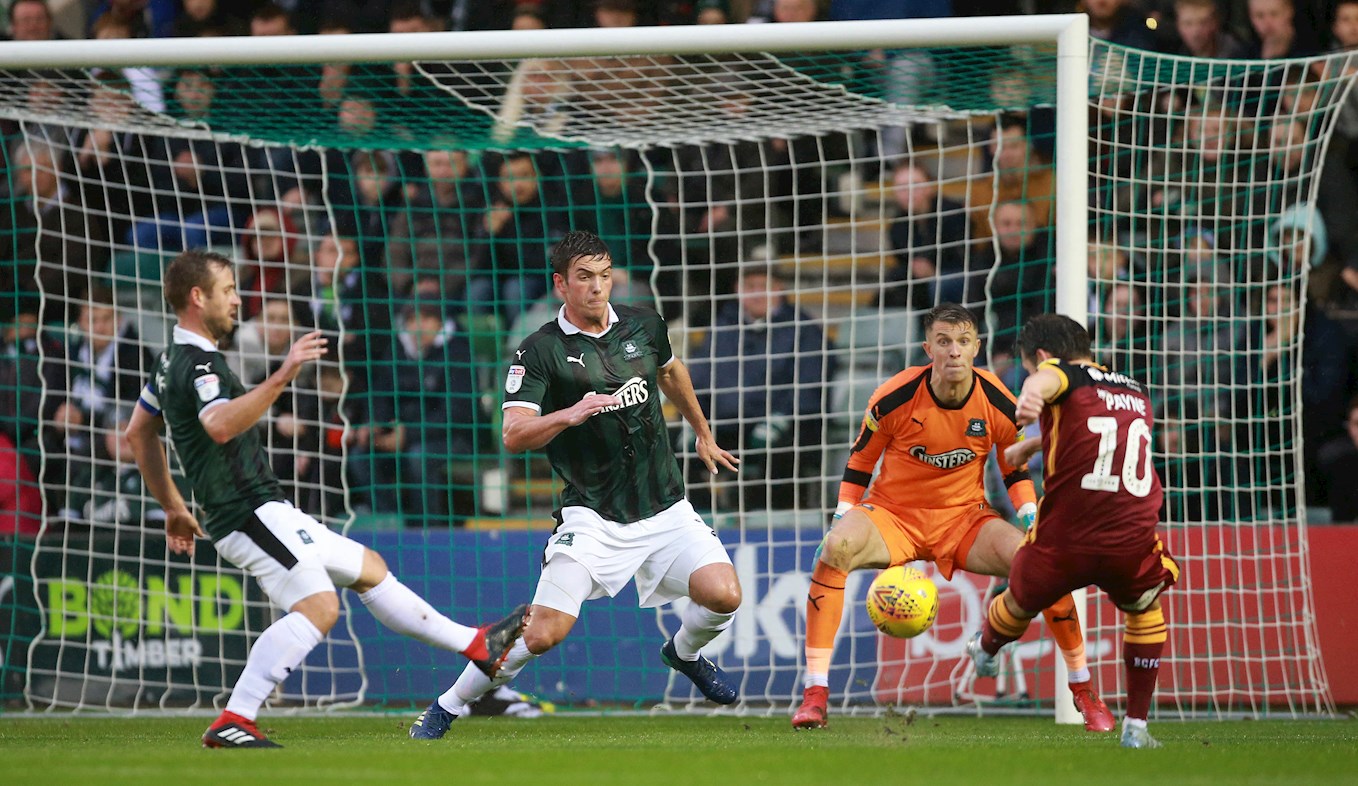 The Pilgrims fell behind three times to the bottom side in Sky Bet League One, responding on each occasion to draw level, but the custodian on loan from Arsenal felt a personal responsibility for the goals conceded, particularly Bradford’s second, when the initial shot was possibly going wide before Macey’s save.

The rebound eventually fell for Jack Payne to lash home but, while these little errors are being severely punished at present, there is a belief that results will turn for the Pilgrims and Macey displayed his own resilience with a fantastic late save to ensure we salvaged the draw.

“I hold my hands up and should have done better with the second goal. I had a tough afternoon and I apologise for that because it was really important to get the three points, which we haven’t done.

“In that split second, I made the wrong decision to make that save. It’s so frustrating when you do all that work in the week, go into the game feeling good and that happens. It’s why most people don’t want to be a goalkeeper as a kid.

“It’s not to say the lads on the pitch don’t take responsibility or make mistakes, but it’s highlighted as a goalkeeper. I’ve made mistakes in the past and had difficulties, but come back stronger by doing what I believe in. When the team need me, I want to help them out and I did that a little bit in the end [with the late save].

“I had long spells of just watching the game. I could see everyone buzzing around and the graft they are putting in is unbelievable. It’s incredible to see when you get punched in the stomach and it has been a tough season. Clubs, players, everyone involved goes through this.

“The good thing is we’re not shooting ourselves in the foot through lack of effort, preparation or not caring. I hope the fans can see that it kills us when we don’t get the result we want.

“At some point, it has to happen [results turn in our favour], but we can’t just keep saying it and I’m very aware of that. As a group, we’re doing everything to pull together and we believe that the right things will bring rewards.

“I’m a believer that no one players wins you a game or costs you a game. The boys stick together, rally around and we’ve been doing that all season. The amount of times we’ve played teams off the park and dominated the game, but shoot ourselves in the foot.

“If we get rid of those little errors and prepare now for next Saturday, Christmas brings the opportunity to shoot up the league.”