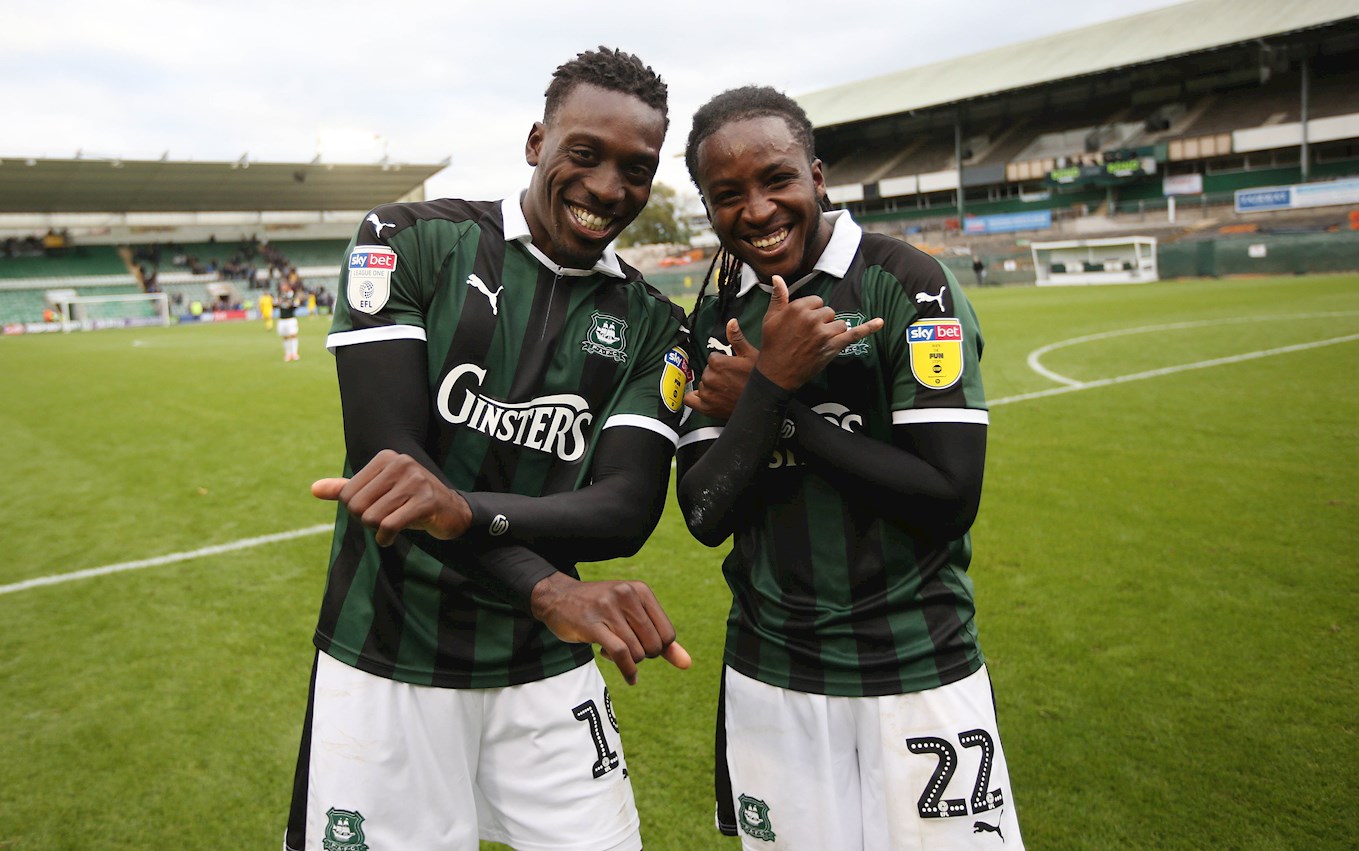 AHEAD of today’s Sky Bet League One fixture against Bradford City at Home Park, Argyle manager Derek Adams has urged his players to start taking their chances.

In the main, home performances have been good and not a true reflection of the players’ efforts, as was evidenced in last week’s 2-1 Emirates FA Cup second-round defeat at home to Oxford.

James Henry’s opener and Cameron Brannagan’s 25-yard effort ensured the U’s had one foot in round three just after half-time; a late Antoni Sarcevic riposte was unfortunately not enough to revive Argyle despite having the lion’s share of the play after that.

“Against Oxford, we had double the opportunities that they had in the game,” said Derek. “In the first half, we should have taken a few of them to put us in the lead; we don’t do that and, just into the second half, they get a grip of the game

“We played very well and came away with nothing.

“We need to continue creating the chances we have done, take them, and defend some situations better. We need to keep on working the way that we’re working and improve our conversion rate. By that, I mean we have created a good number of opportunities.

“It is frustrating because there are a number of games this season where we feel we should have had more points, either a point or three points in the game.

“We have had enough opportunities to do that, we just feel we haven’t had our fair share of good fortune in front of the goal. It might be that we haven’t taken our chances or we haven’t had a penalty kick that we probably deserved.

“Last week was a prime example in the first half, where we have had chance after chance and haven’t taken them. Then, just into the second half, we get sucker-punched.”

The mild sense of injustice is matched by a feeling that confidence in front of goal is not as sharp as it might be.

“There is a bit of that,” said Derek, “but, in training, you still work on the amount of times you get to those areas and try and get the goals. Hitting the target is the main thing; sometimes we haven’t done enough of that.”

“It’s an important game because it gives us the opportunity to try and get three points at home to move ourselves closer to the teams above us,” said Derek.

“We want to move further away from Bradford, closer to the teams above us; that is what we’ll try and do. We have done really well at home lately, there have been a lot of good performances, but now we need to continue to pick up the three points.”

“They [Bradford] have changed their formation a good number of times this year. Since David Hopkin has come in as manager, they have tried various ways.

“They are a team, like ourselves, who want to try and get points, so they are obviously going to play in a way that is free flowing at times and will hopefully leave space for us to counter.”

Derek, who has been at Argyle since 2015 – and is the sixth-longest serving manager in the club’s history – believes continuity is the key to progress, not the managerial merry-go-round that is modern day football.

He said: “There is never a quick fix. The quick fix is dealing with the squad that you’ve got and trying to get them moving forward.

“We have shown we can create chances, we now need to take them.”