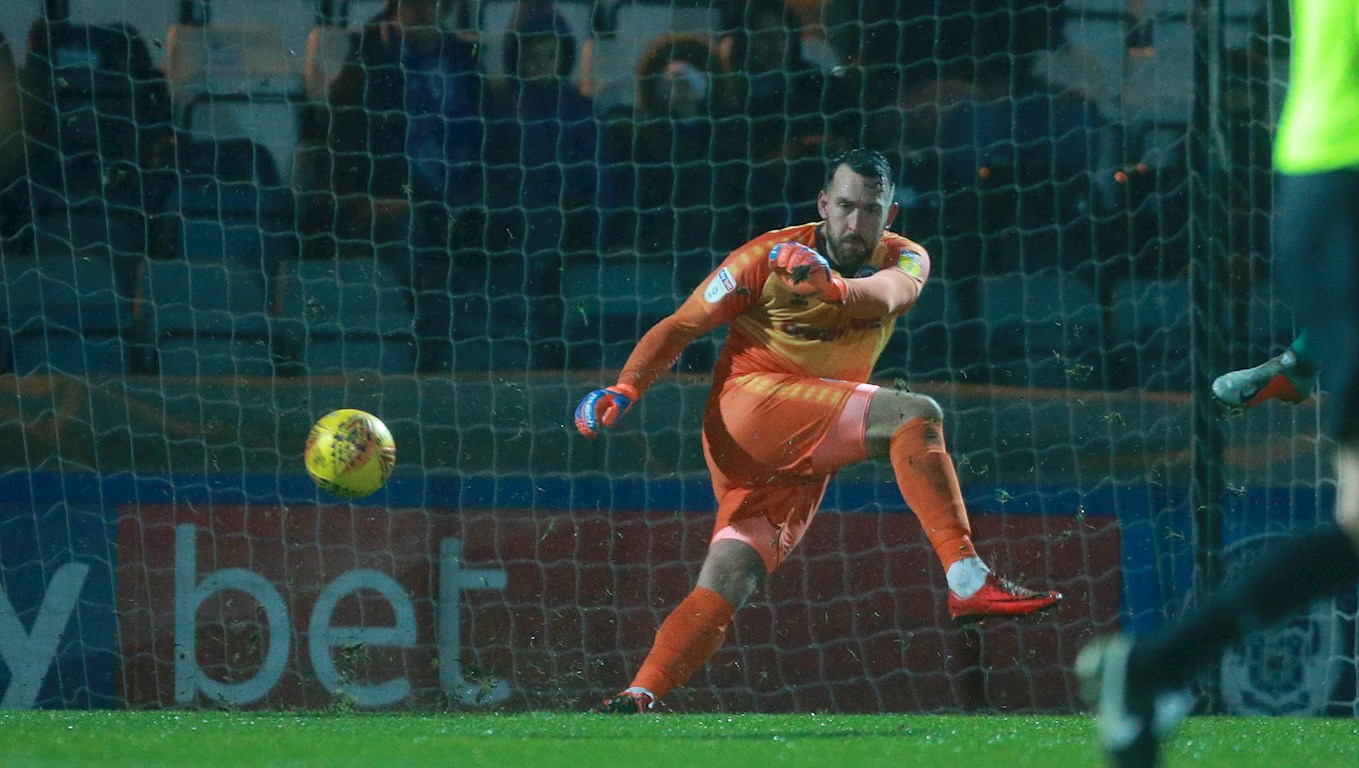 ARGYLE manager Derek Adams fancied that the Pilgrims would come away from the Crown Oil Arena with all three Sky Bet League One points – because the team coach broke down on the way to Rochdale.

The team was obliged to wait for an hour on their way north on Friday after a broken fan-belt was replaced by coach driver – and qualified mechanic – Chris Baser.

Far from being concerned by the additional traveling time, Derek saw it as a good omen, and was proved right after Joel Grant and David Perkins’ own goal gave Argyle a 2-1 win.

Speaking about the breakdown, he said: “I had it probably once before as Plymouth Argyle manager but I have had it in previous management and we’ve gone on and won the game, so I had a good feeling.

“The fan-belt snapped and we had to sit there and wait for an hour, but Chris is a very good mechanic and he got us going again. We left at 12.30pm and arrived at 8pm.”

Argyle’s second League One away win of the campaign – in incessant, icy, driving rain – came after more bad luck in the week, with former Rochdale defender Niall Canavan becoming a late injury victim and Ruben Lameiras succumbing to illness.

Niall turned an ankle in training 48 hours before the game and was replaced by captain Gary Sawyer, who had not played a single minute of football at any level for nearly three months. Despite the long lay-off, he formed a formidable central defensive pairing with Yann Songo’o.

Derek said: “I thought our fortune was going to turn at some stage because things were going against us. We had Niall Canavan getting injured in training, so he missed out, and you think ‘Wow!’ We had been working on things since Tuesday.

“We took in Gary Sawyer to replace him and he was excellent on his return.

“He and Joe Riley haven’t played any reserve games and they have come in and fitted in well to the team. Both of them have got big hearts and that’s something you need when you come to Rochdale on an afternoon like that.

“We just deal with adversity. We’ve dealt with it well and will continue to do that.

“Yann does a good job for me anywhere, because he gives 100%. He’s winner and it’s important you have these types of players in your team.

“For Gary and him to do so well is great because both of them talk well.”