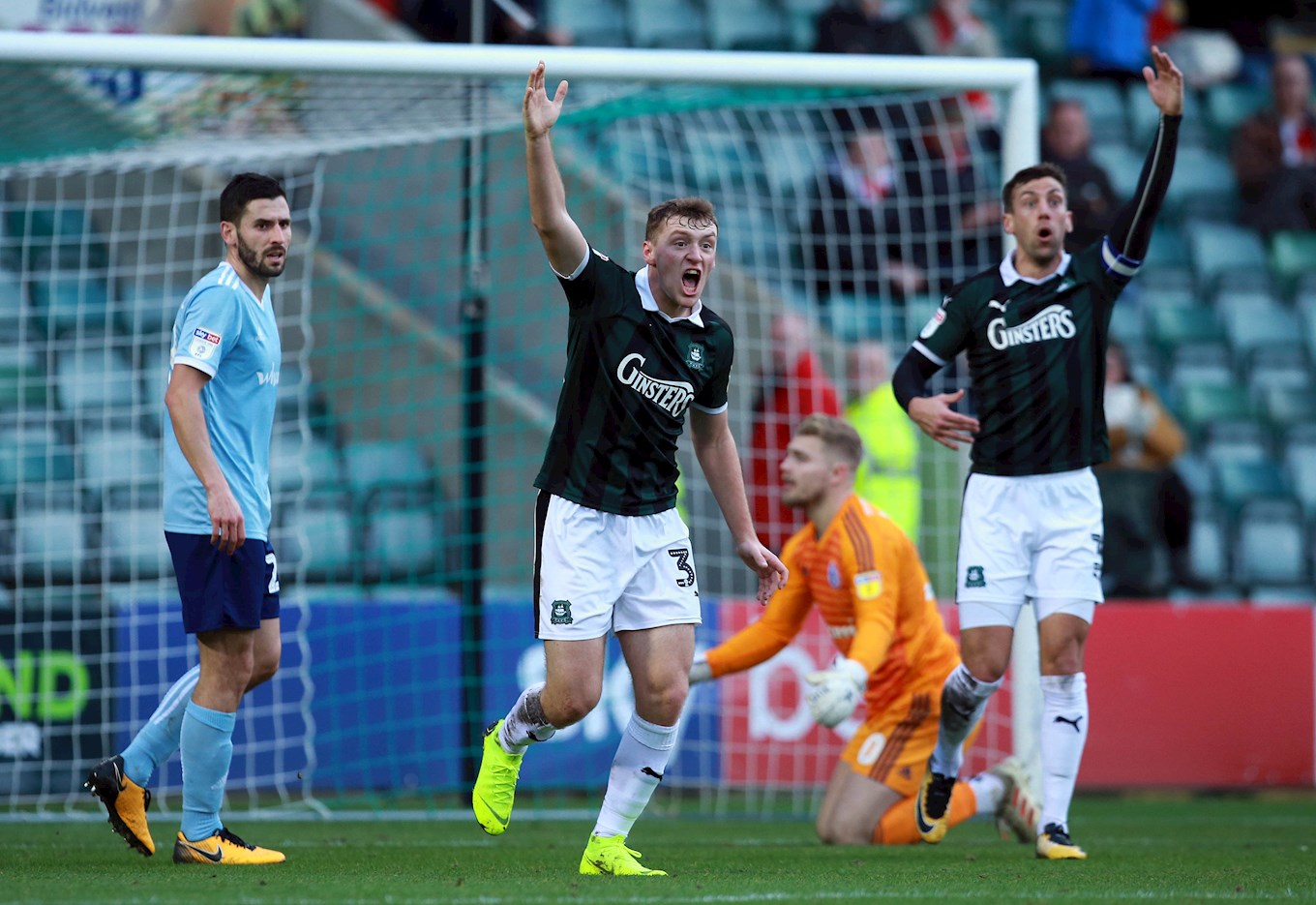 Hard One to Take

“It is a tough one to take for us,” said the skipper, after second-half goals from Sam Finley, Sean McConville and Jordan Clark had condemned the Greens to a pre-Christmas defeat.

“I thought, in the first half, we were fine; we had chances. We started the second half really well and then – it’s been a downfall of ours recently – we conceded the goals and couldn’t get ourselves back in it.

“That’s not good enough from us and that needs to improve.

“It was an end-to-end game for the whole 90 minutes, quite a fast-paced game. They got the goals and we didn’t, so we are the ones sat with our head in our hands.

“It was like a basketball game, effectively. That’s how football goes, sometimes. We’re the ones licking our wounds.”

Victory would have lifted the Pilgrims out of the League One relegation zone and Gary said: “We knew that before. We’re fighting to do it. It’s frustrating when you end the game and feel like this.

“To let three goals in is not good enough. We need to improve, collectively and individually.

“We have to take a proper pride in that. Especially at home, we are not giving ourselves enough of a chance to go and win games, unfortunately. When you go 1-0 down, 2-0 down, you have a mountain to climb.

“We don’t want to be conceding goals and if you concede one, as long as it’s not in the 95th minute, there’s still enough time to put that right.

“That’s the frustrating thing when the second one goes in and, obviously today, we had a third one going in as well, which has happened numerous times.

“You haven’t got a chance if you can’t keep the ball out of the back of the net.”