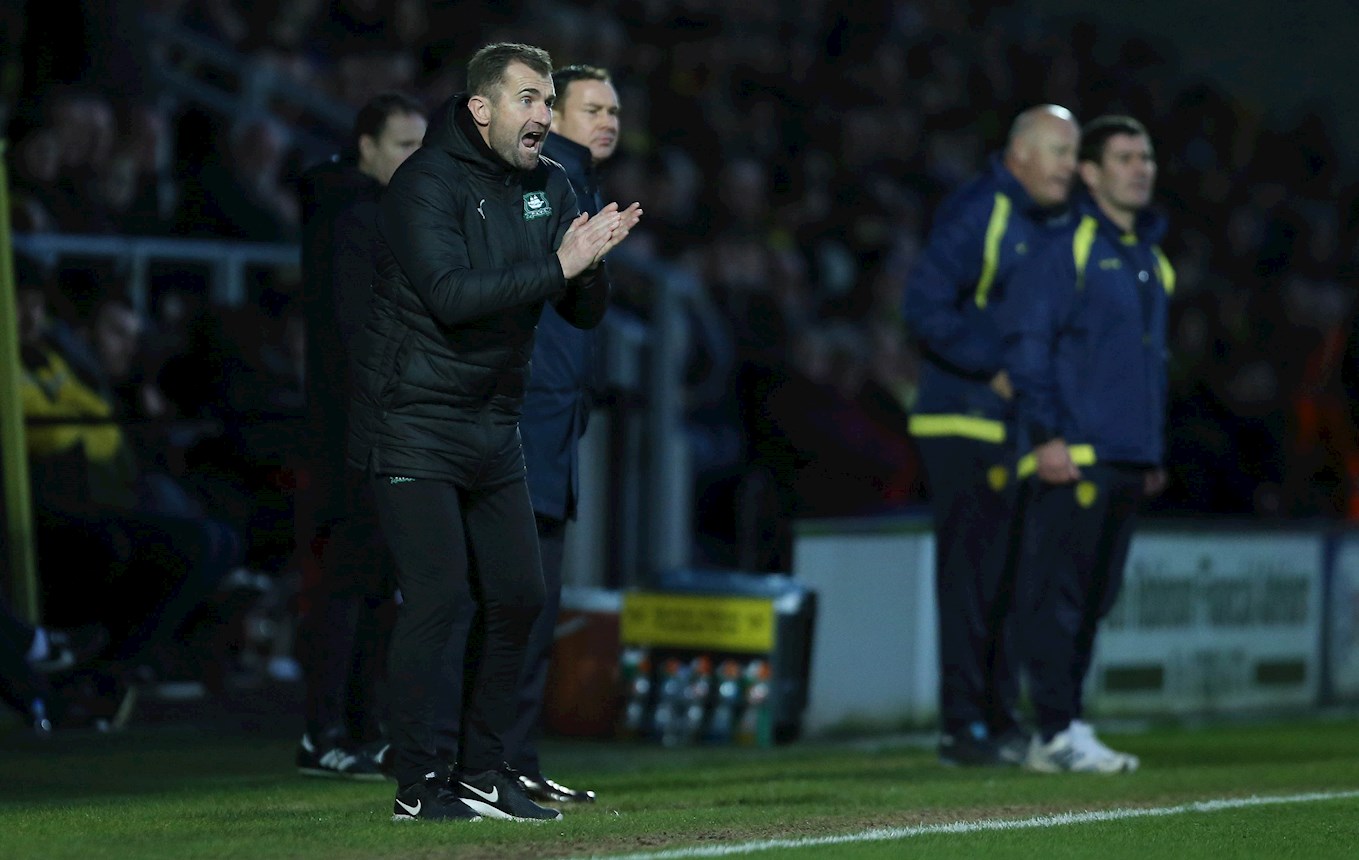 ARGYLE kick-off the New Year against Oxford United in Sky Bet League One with a massive determination to climb out of the relegation places.

The Green Army were magnificent in the draw at Burton on Saturday, cheering on the players to a point that could have been more after Ruben Lameiras had deservedly equalised for Argyle early in the second half.

The character to fight back will be crucial over the final few months of the season and Argyle manager Derek Adams would love to get one back on a talented Oxford side, who were somewhat fortunate to record a 2-1 FA Cup win over the Pilgrims at the start of December.

"They [Oxford] are a really good side, a lot of talented individuals in their team,” said Derek. “We played well the last time here and were unfortunate not to come away with more.

“On Saturday, against Burton, we had a lot of opportunities and need to be more clinical when we’re in that 18-yard box. It’s a tight league and not many points difference to the mid-table.

“There are a lot of competitive teams in the league and they [Oxford] are not going to change their team much. They’ve been quite consistent with their formation and the personnel.

“It is a key game and we all know that three points will close the gap on the teams above us. We’ve done that a few times this season but then slipped up in the next game.

“It’s important we try and get that win. It’s so tight down the bottom and a win would take us back into the group. It was terrific the support we had at Burton Albion, over 600 there and very vocal in their support of the team.

“They appreciated the way we went about attacking Burton Albion, the flair we played with and that never-say-die spirit. The players fed off that and it's good when that happens.

“The game was like a basketball match at times but we did have the better opportunities in the second half to win the game. Burton started very well and got a goal very early, but we then took the game to them.

“We had a number of opportunities, hit the post and had a few close shaves - when you chase a game, you leave yourself open to the counter-attack - but we have shown really good character coming back into the game.”

Please note the Argyle Ticket Office will be open from the slightly later time of 10am on New Year's Day.