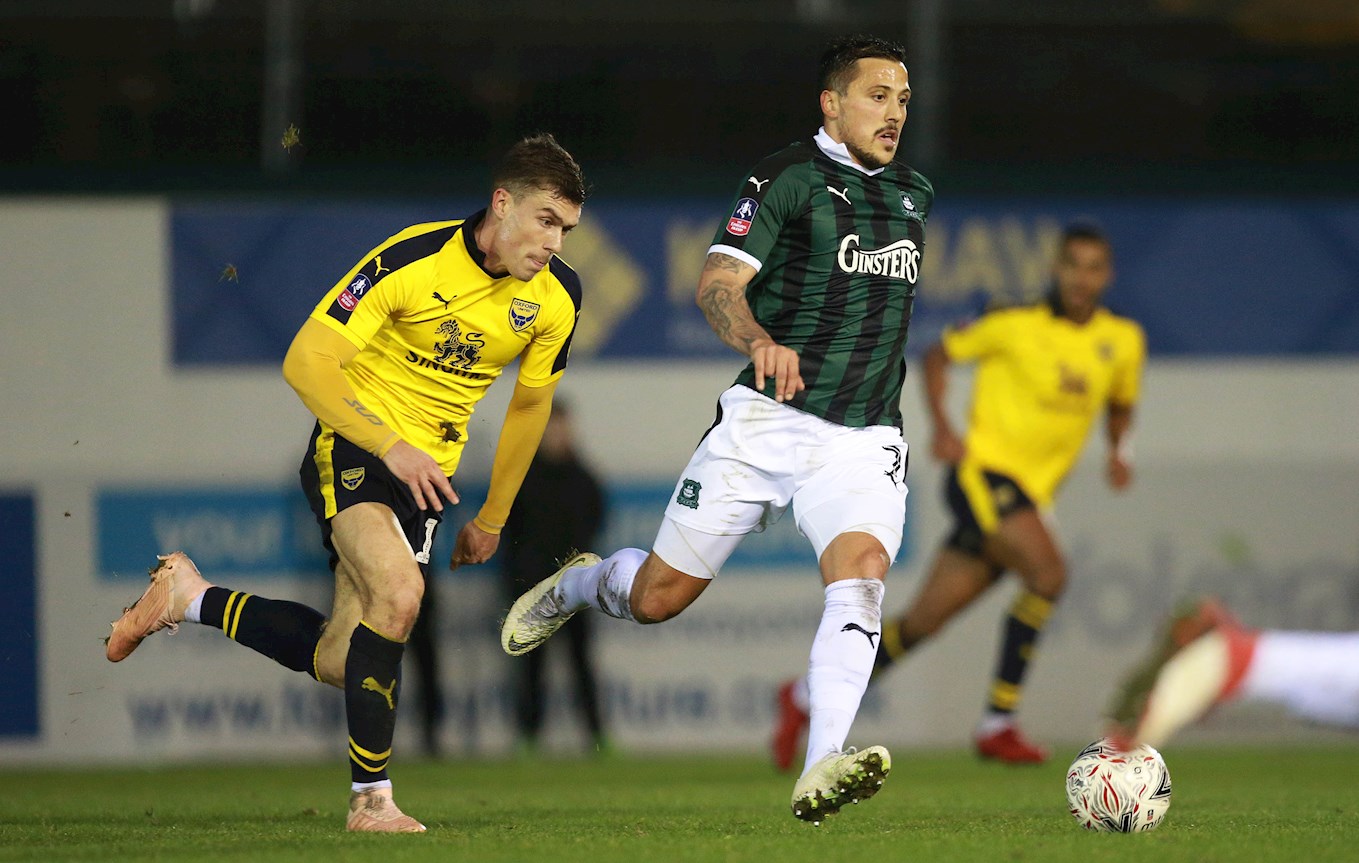 THERE is no hiding from the final result of a 2-1 defeat to Oxford United in the FA Cup but the seeds of hope and optimism will come from the way Argyle played over the 90 minutes.

After a poor showing at Shrewsbury in midweek, when we lost 2-0 in Sky Bet League One, the Pilgrims looked a totally different side and very unfortunate to come away with a cup defeat.

Oxford survived a first-half siege and then grabbed two quick goals through James Henry and Cameron Branagan, the second of which should have been pulled up for a handball. Argyle hit back through Antoni Sarcevic but could not find the leveller our performance warranted.

“We were night and day [from the Shrewsbury performance],” said Argyle boss Derek Adams. “We were far better than Oxford, the side on the ascendancy. We had 17 opportunities to their nine, which shows how dominant we were over the 90 minutes.

“It would have been great [to be in the third round] but, performance-wise, we were better than Oxford and I’m sure [Oxford manager] Karl Robinson would admit that. We had the better opportunities in the match to get through.

“Over the 90 minutes, we’ve lost the two goals, which were poor from our point of view. We scored a goal from Sarcevic and it was a thoroughly good performance, back to the performance we had against Fleetwood, back to being on the front-foot.

“We were the side on the front-foot but they scored early in the second half, which was their best period in the game. They didn’t do anything in the first half because we had total control but a 10-minute spell in the second half got them two goals.

“We also had a number of players booked in the game and their right-back should have been booked for persistent fouling; he gets away with it and a lot of inconsistencies from the referee, which didn’t help the situation.”