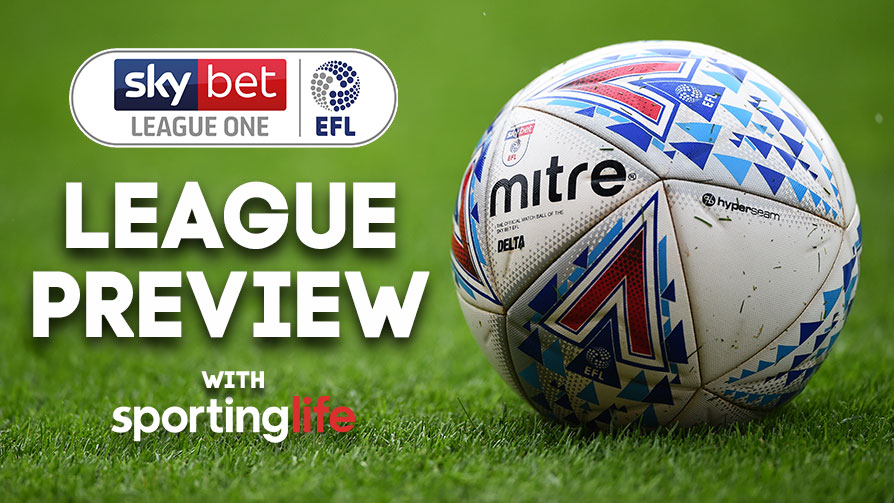 SKY Bet League One continues to entertain as we approach the halfway mark in the season. Sporting Life’s TOM CARNDUFF previews the upcoming action.

Portsmouth missed the opportunity to move nine points clear at the top of the Sky Bet League One table as they were beaten by Charlton in midweek. Kenny Jackett’s side are still in a good position, though, and will aim to get back on track against Barnsley this weekend, although the Tykes have promotion aspirations of their own.

Holding second spot at the moment are Luton, who continue their rise up the EFL pyramid under Nathan Jones’ leadership. They  will be looking to extend their four-game winning run away at Coventry, who have hit a bit of a bumpy patch of form in recent weeks.

Sunderland saw last week's game abandoned following terrible weather conditions at Accrington, which now gives them two games in hand over the teams above them. They welcome Bristol Rovers - now managed by former Pilgrim Graham Coughlan - to the Stadium of Light. Jack Ross’ side will be looking to continue their impressive run at home, with no side able to beat them on their own turf in the league.

If you fancy Cocko to get off to a winning start with the Gas and shock the Black Cats, you can have a wee punt with Sky Bet here.

Peterborough, who provided the entertainment in midweek with an Emirates FA Cup penalty shoot-out victory after a 4-4 draw away to Bradford City, go to take on Sam Ricketts’ Shrewsbury. Town have been unable to hit the lofty heights they managed last season, although three wins in their last five highlights their current good form.

Charlton, fresh from that victory over Portsmouth, welcome AFC Wimbledon to the Valley. Wally Downes managed to secure a point in his first league game in charge of the Dons and will be hopeful that they can take the confidence gained from their comeback into this one.

The only side below Wimbledon in the table is Bradford, although the fact that they hit four past a high-flying Peterborough side, alongside their one win and two draws in recent weeks highlights how they may now be on the right track. David Hopkin’s side face Walsall, who are five points outside of the play-off positions at the moment.

Just outside that top-six currently is Doncaster, who have won three of their last four games. They have scored six goals without conceding in their last two and they take on Scunthorpe, who will want to snap a three-game losing streak.

Two sides who will still hold play-off aspirations meet as Fleetwood welcome Burton to Highbury Stadium. Joey Barton’s Fleetwood may have lost two of their last three, but the fact they are unbeaten in their last five home league games, with three wins in that run, will give them plenty of confidence.

One side enjoying a terrific run of form is Wycombe, who have shot up the table after four wins in their last five. They take on Gillingham, who have also enjoyed positive results in recent weeks, winning their last two in the league.

Elsewhere, Blackpool will hope to end the weekend in the play-off positions if they can grab a win over an Oxford side who have picked up points in nine of their last ten League One games, while Southend take on Accrington with both sides aiming to push themselves up the standings.