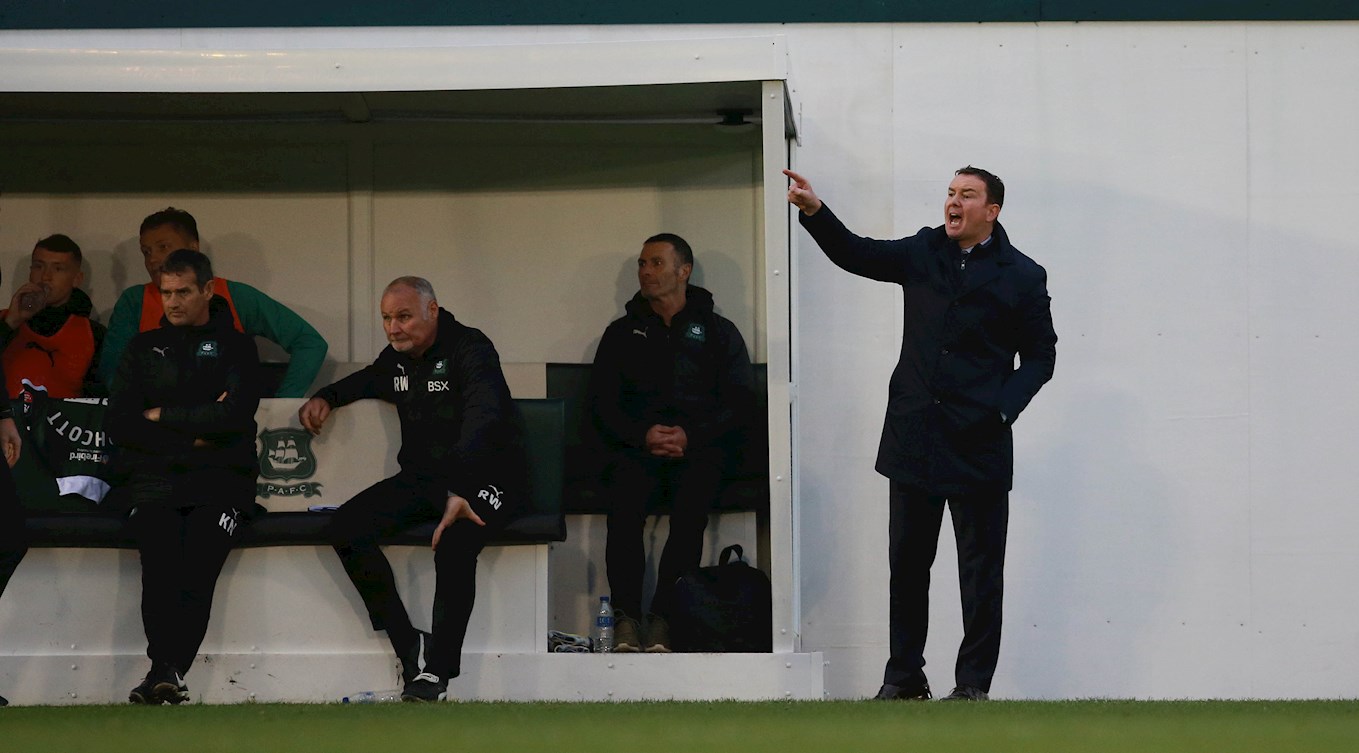 The Better Side Lost

THE cruel side of football made an unwelcome appearance at Home Park on Saturday, as a dominant Argyle somehow left the field with a 2-1 defeat to Oxford United in the FA Cup.

The Pilgrims controlled the first period, creating numerous chances, but were ultimately punished by a failure to convert, as the visitors struck two quick goals from James Henry and Cameron Brannagan early in the second half.

Antoni Sarcevic halved the deficit and Argyle continued to lay siege on the Oxford goal, but the slice of luck required would not fall our way.

"We were very good, we were the better team and had double the chances that Oxford had," said Argyle boss Derek Adams. "They are obviously very fortunate to go through to the second round of the FA Cup because we controlled good spells of the game.

"We were unfortunate not to go ahead in the first half with the chances that Joel Grant had and Freddie [Ladapo] had, but we need to take our chances. The corners we had were right in the six-yard box and we probably didn’t attack them well enough.

"We needed to score in the first half to give ourselves an opportunity. It was a cup tie and getting the first goal is always going to be beneficial.

"The players were fantastic, the work-rate and will to get back in the game was clear to see. We played them off the park at times, created a number of opportunities in the second half, especially from balls through to Freddie [Ladapo] or Ryan Taylor.

"We were unfortunate not to get ourselves a goal. Over the 90 minutes, we had to change things to get back in the game and we did that."