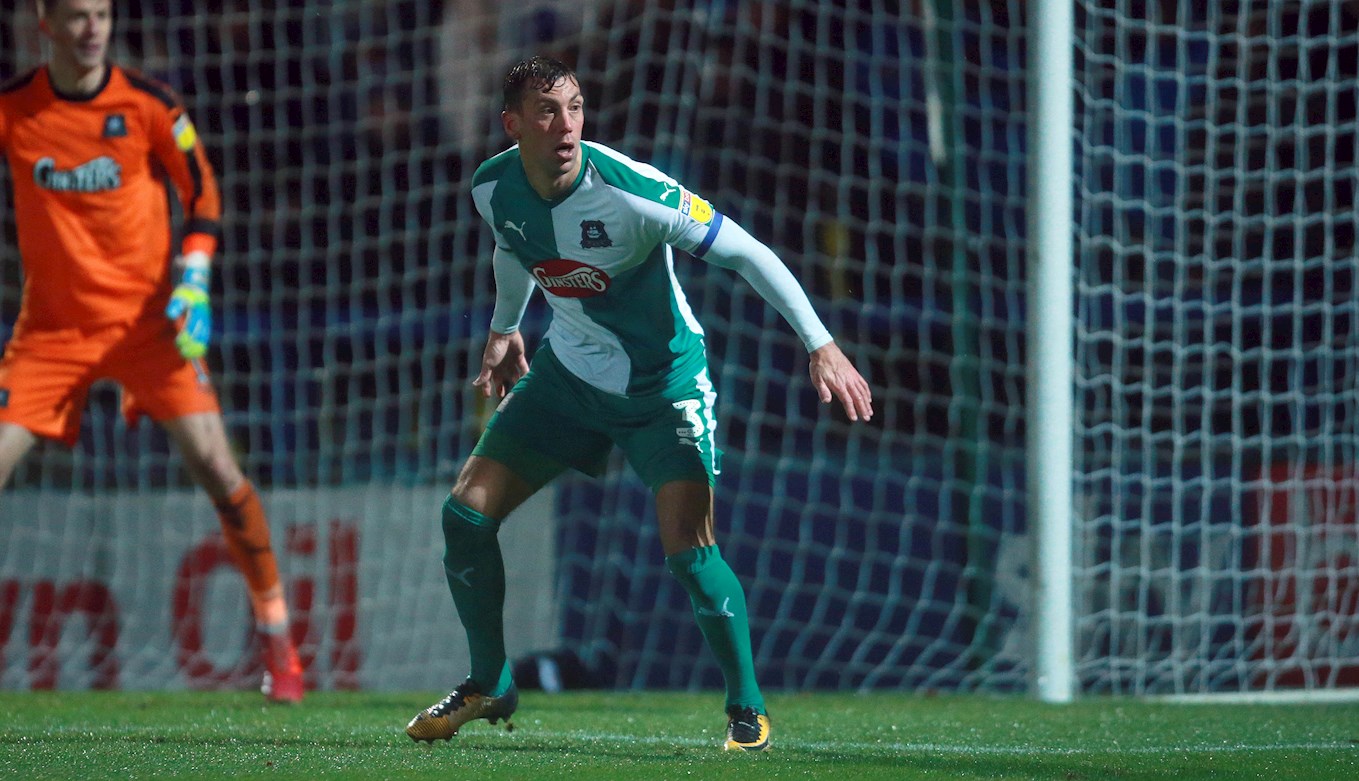 The Long Road Back

GARY Sawyer has nursed his way back to fitness after 11 weeks out with a broken foot and made the perfect return with a starring role in Argyle’s vital 2-1 victory at Rochdale in Sky Bet League One.

A training-ground injury to Niall Canavan forced Sawyer into the centre of defence alongside Yann Songo’o, a new partnership for the Pilgrims, but they stood strong in brutal conditions.

After creating a number of opportunities in the first period, Argyle finally broke through with a goal from Joel Grant on 73 minutes. Bradden Inman swiftly levelled for Rochdale but the game was decided by a bizarre own goal, as an innocuous back-pass from David Perkins rolled under the foot of a bemused Rochdale goalkeeper in Josh Lillis.

“It’s been a long road back and to get a win was massive for the team,” said captain Sawyer. “It’s nice to get back in the team. It’s been 11 weeks since I did it [the injury] and it feels fine.

“I pride myself on staying fit and it hasn’t felt too long a road. The gaffer asked me to play, I wanted to play, and felt good. In the first couple of weeks, when I was in the cast, it felt like a long journey but once you get out of that, you can get on the bike.

“It’s a big bonus for me because you never know. It’s nice when there are only 10 minutes to go and you’re in front. It was the first time [in central defence with Yann], other than training. Yann is more aggressive and better in the air, but I thought it worked well.

“The conditions were the coldest I’ve played football in and the rain was just like ice in your face. It was blowing into us in the second half and hard to get out, but we had a lot of chances in the first half.

“We had to stick together and the boys did well. We had good chances and tried to build on that in the second half. We haven’t had a lot of luck, so it was nice to get the rub of the green.

“It [Perkins own goal] happens now and again, pitches can dig up. It was a long journey up for the boys, horrendous conditions and a tough day, so a massive bonus to go home with three points.

“The goal is to get above that [relegation] mark and this was a massive step for us. We can now focus on next week. We will have a bit of recovery now and then back to training.

“The boys dug in and are playing with spirit. Rochdale is not an easy place to come, a long way from home.”