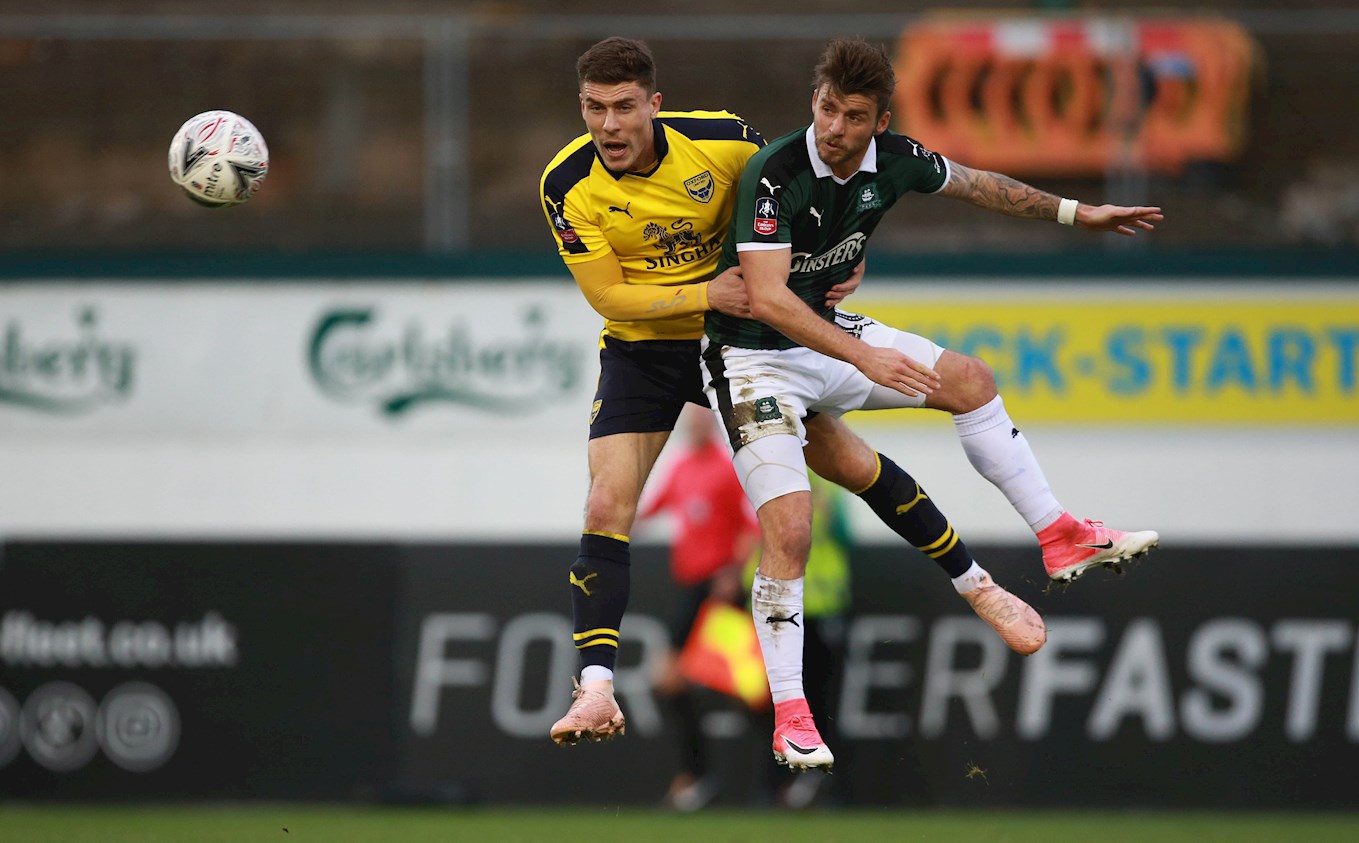 ARGYLE midfielder Graham Carey was left frustrated after the Pilgrims bowed out of the Emirates FA Cup in the second round, losing 2-1 to Oxford United at Home Park, despite dominating for long periods.

A ten-minute spell after the interval saw the Greens trailing by two goals from James Henry and Cameron Brannagan. Antoni Sarcevic turned in Carey’s cross with 25 minutes to play but unfortunately, it wasn’t to be for Argyle.

“If it’s 1-0 at half time, it’s a totally different game, which it probably should have been,” said Carey.

“We were delighted with the start we made, we knew if we started bright, like we did in the last home game, we could be on the front foot; that’s what happened, we just didn’t take the chances we created.

“We said it’s going to be hard every week if we need to score two or three goals to win the game. We know, as a collective group, we need to do our bit up front.

“We made a point at half time to start brightly, it was just a couple of mistakes, us going forward as a midfield or front three, we need to take our chances and get a lead, which releases pressure on the back four.

“We just need to focus on the biggest game of the season, which is next week [against Bradford at Home Park].