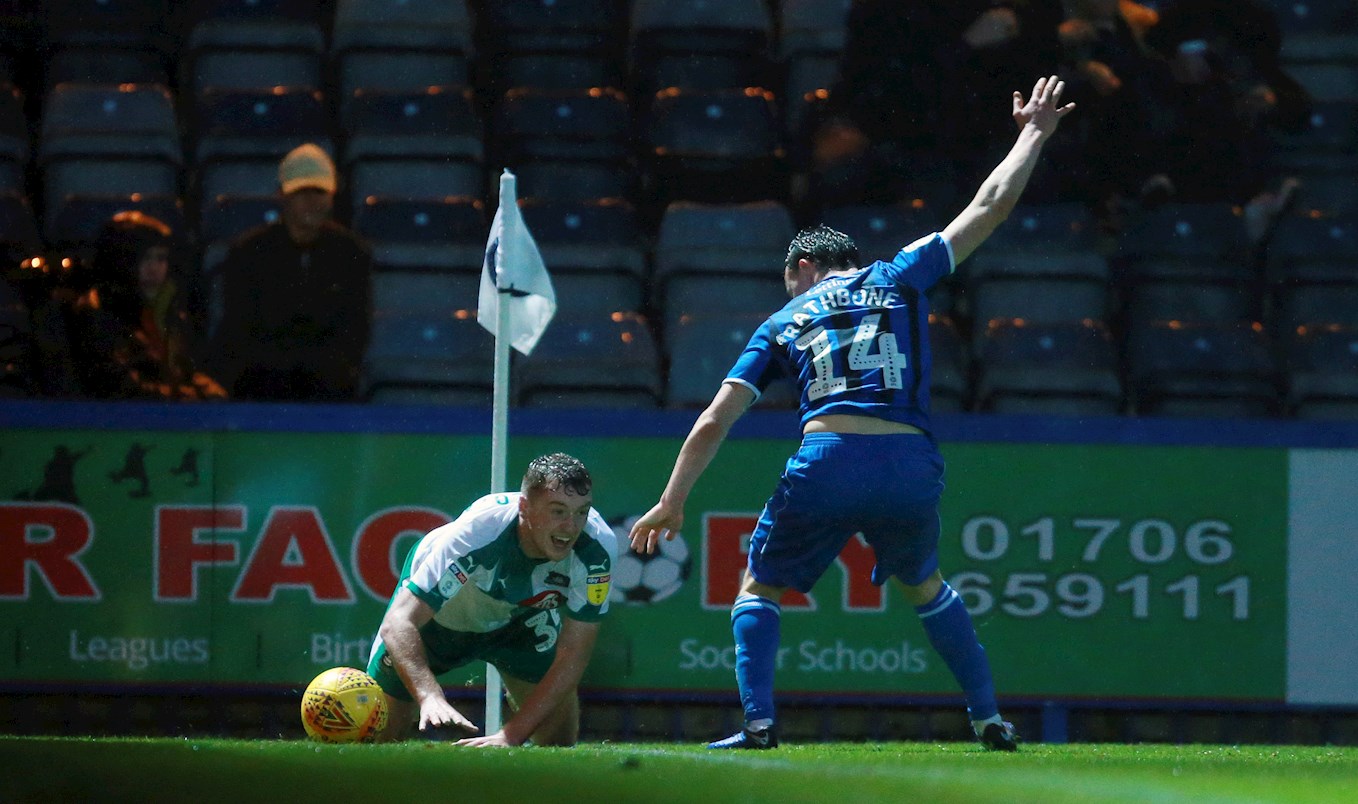 LUKE Jephcott became the latest youth product of Argyle’s Academy system to line up in a Sky Bet League One starting 11, and he played his full part in the 2-1 win at Rochdale on Saturday.

First-year professional Luke, a Welsh Under-21 international, made his full league debut in testing weather – freezing rain throughout the 90 minutes – as the Pilgrims achieved a second away win of the campaign with a David Perkins own goal after home midfielder Bradden Inman had cancelled out Joel Grant’s opener.

The West Cornwall Schools winger was brought in on the right side of midfield to allow team-mate Graham Carey a more central role.

Manager Derek Adams said: “He can run forward and we knew Rochdale’s full-backs would push our wide players forward, so we moved Carey into the middle, hoping he could be an influence there, instead of running back down the pitch.

“We knew Jephcott could run off of [Matt] Done, and he did that a couple of times.

“It was not an easy game for him to come in but he played his position well; he got up and down the pitch. He did tire later in the game, which he was going to do, but he did well for us.

“He’s a young boy, another one getting an opportunity.”