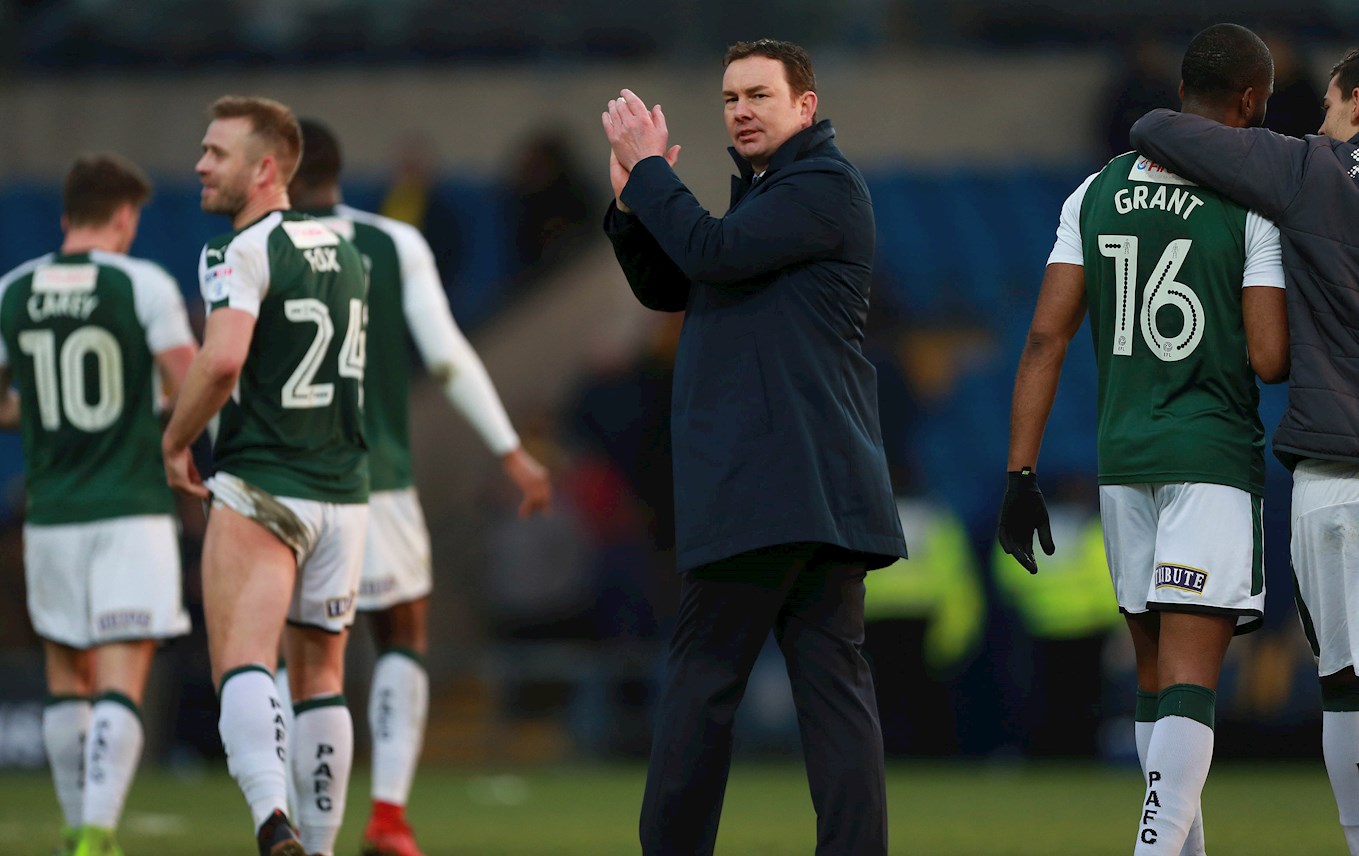 DEREK Adams has promised the Green Army that the Pilgrims will keep their foot to the pedal for the Sky Bet League One run-in.

Argyle rose to seventh in the division – one point and one place outside the play-off zone – after winning 1-0 at Oxford United thanks to Sonny Bradley’s fourth goal of the season in first-half stoppage-time.

The Pilgrims’ proximity to the qualification spots to contest a third promotion place has got many fans dreaming, and Derek is doing nothing to quash that optimism, while still maintaining a healthy level of realism.

He said: “We’ve got to 50 points. We’ve got 12 games remaining now. We will enjoy the rest of the season but that means we want to continue the fine run we’re on.

“We’ve done really well. The players have been on fantastic form.

“It’s foot down on the pedal and it will be until the end of the season. We will continue to work had and see where that takes us.

“We’re in a better position than anyone would have envisaged us being this season and delighted with the progress we’re making.”