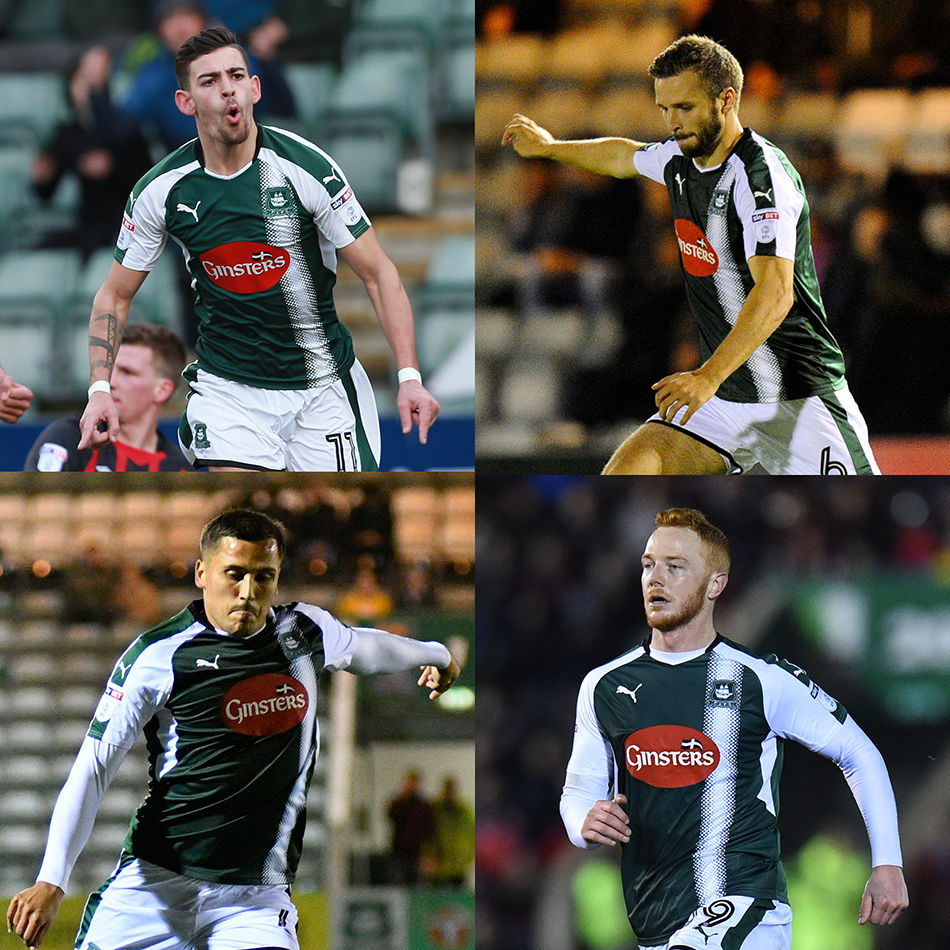 THIS February has been the best month in the history of the Pilgrims: five wins out of five, 15 valuable points.

No better time, then, to launch a new fans’ feature – the Argyle Player of the Month poll, where the Green Army can vote for the Pilgrim who they think deserves special recognition.

Every month, we will nominate four players whose contribution to the cause has been especially noteworthy and ask supporters to select – via our Twitter account, @Only1Argyle – the one that really stands out for them.

This month, we really could have chosen any one of a dozen, or more, nominations from a squad that won all five matches to lift the Pilgrims into the Sky Bet League One play-off zone.

In the end, we plumped for this fab four:

The poll closes at 11am on Thursday, March 1.