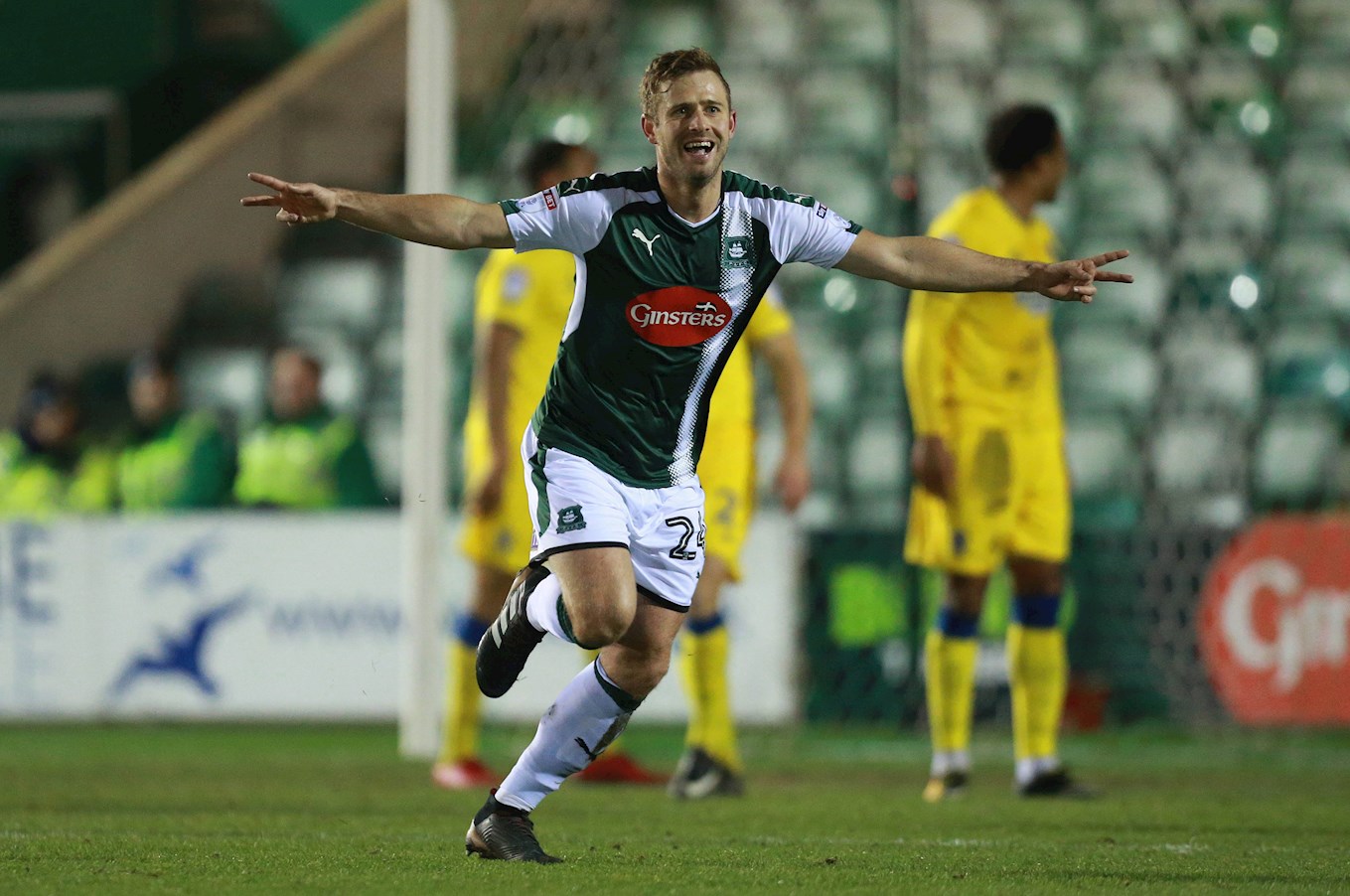 ARGYLE midfielder David Fox admitted that his lack of goals was getting to him - until he notched his first of the season with a screamer against Wimbledon.

Fox's sole Argyle goal was in the Emirates FA cup against Mansfield in November 2016. But, with the team being full of confidence it was only a matter of time before the number 24 made his mark on the goal chart.

His goal was a crucial one in Argyle's 4-2 win. Wimbledon, though Lyle Taylor, had just equalised Graham Carey's opener when Fox volleyed home from range. Ryan Taylor and Ruben Lameiras also notched for Argyle, either side of another Taylor goal, in a game where each team hit the woodwork, had goals disallowed and Wimbledon missed a penalty.

"I can't quite remember the build up," said Foxy. "I just remember it coming to Sarce (Antoni Sarcevic) and he's laid it right in my path. I couldn't ask for a better lay off right where I wanted it. I shut my eyes, tried to put it in the stand and it's gone in the top corner!

"Actually I've scored some alright goals. They don't happen a lot but they're alright. They're normally alright but unfortunately they come every sort of 60 games!"

"It was a great feeling to score and I think the timing of the goal is just as important. I think when it came then and to set us on the way to three points was great.

"I should be chipping in with a few more and it was getting to me. I'm glad I've got that monkey off my back."

As goal-filled as the game against Wimbledon was, Fox revealed his own private competition was not quite so high-scoring. Goals scored this season: David Fox 1, Gary Sawyer 1.