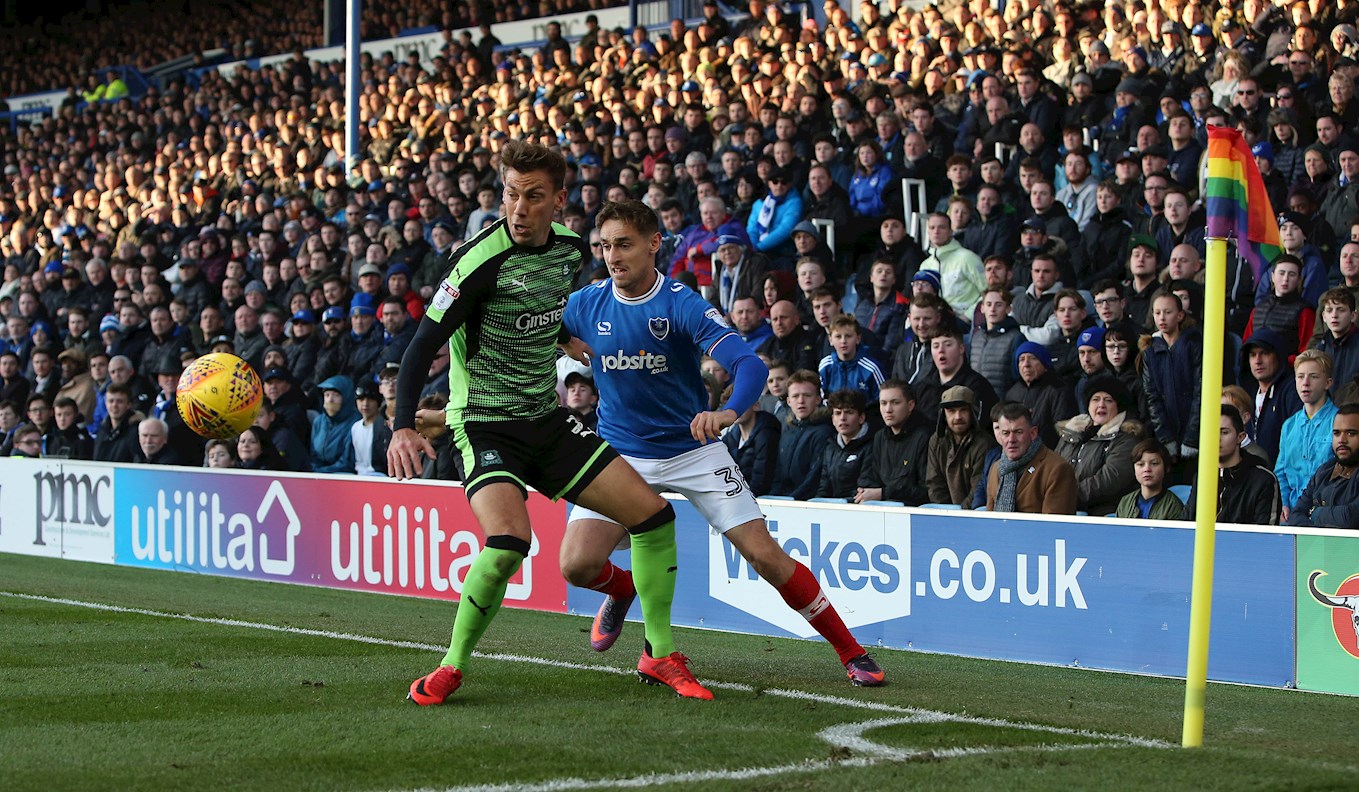 GARY Sawyer, in many ways, is evergreen.

The 32-year-old who began his career with Argyle may well have had some time away from Home Park, but two-and-a-half-years into his second spell at the club, the left-back is still going strong.

Not only is Gaz performing to a consistently high level this season, but the stand-in skipper is feeling in super shape.

“I’m enjoying my football.,” he said. “I feel fit. I feel physically in the best shape of my career, which is weird at 32, you would expect it to go down.

“In my first year back I played a lot of games, but last year I had quite a serious injury.

“I had a good pre-season, and felt strong. After I had the operation I haven’t had a problem with it since. I knew with the pre-seasons we have here that I would get fit enough again.

“You have to work harder when you get older, though, to keep up with these 18, 19, 20-year-old otherwise they will run away from you. I’ve got pride, and I don’t want to let them do that.”

Wednesday’s transfer deadline day was a quiet one for Sawyer. Along with the most of the Pilgrims’ squad he was enjoying a rest day, and capped it off by watching his other team, Tottenham Hotspur, cruise to victory against Manchester United in the Premier League.

Plenty, though, would have been keeping watch on developments at Home Park, and around for the football world. For Gary, it is all about what comes next.

“I kept an eye on it, but when you know you’re not leaving it’s not as interesting!” said Gaz. “You get used to this. It’s no surprise to have ins and outs, as there are every year. A couple of the boys have moved on, and a couple have come in.

“You pretty much know now that this is the squad until the end of the season. We’ve got 16 games left, and we’ve got a good group. We’ll bring in the new lads and make them welcome.

“It is quite a turn for a January. Normally not too many happen, but that’s football. We train today with what we’ve got. We can get everyone together, welcome the new boys and kick on from there.”

As notable as any January departure was that of Jake Jervis, who left as the deadline day clock was approaching its conclusion. He destination, after 127 Argyle appearances, is Luton Town, but he will be fondly remembered for his many contributions in the green and white.

Gary said: “He signed when I came back and he has been brilliant for us for two-and-a-half years. I think the fans liked him, and the boys certainly liked him. He was as good off the pitch as he was on it. Jake’s a good pro, and I wish him all the best. He’s been a massive part of what we’ve achieved here.”