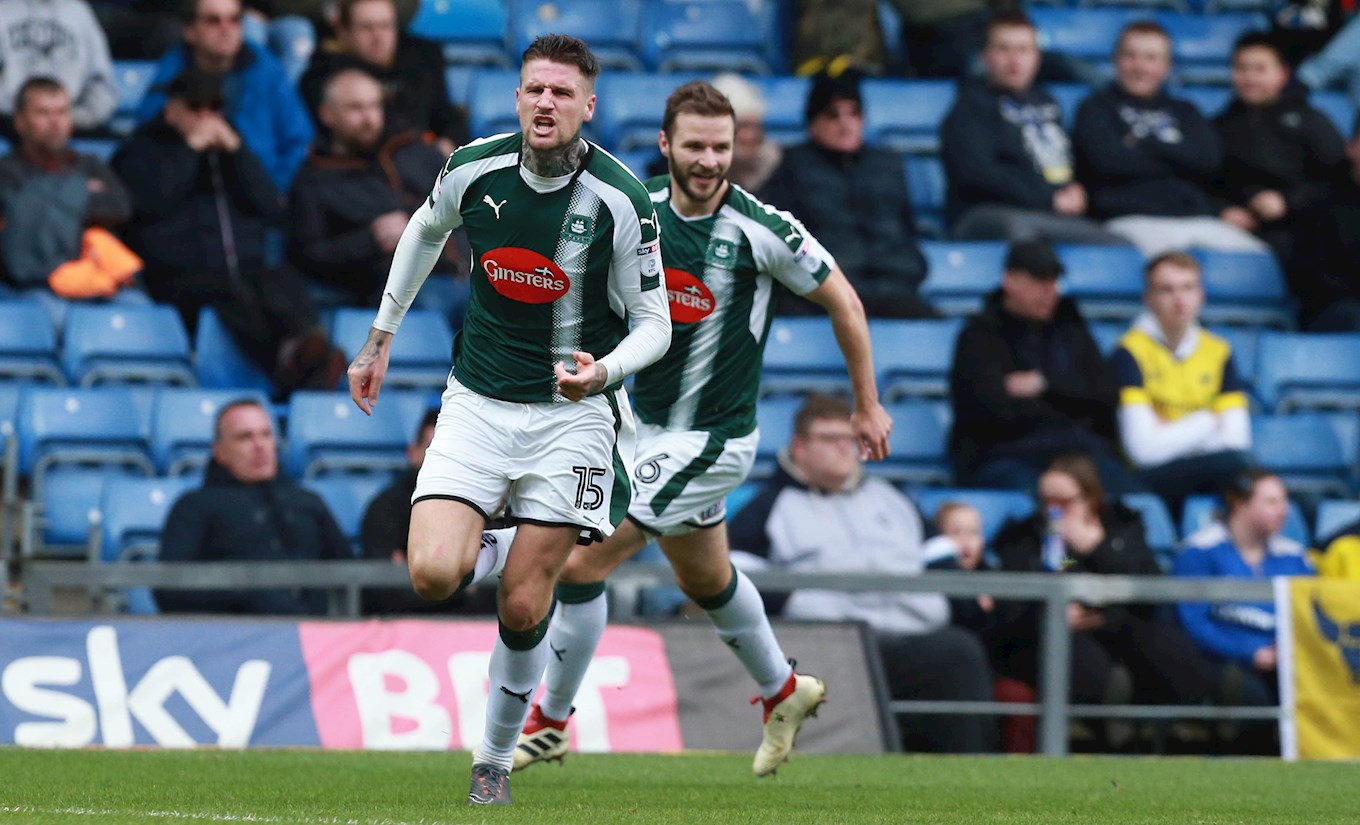 The Pilgrims’ centre-back was a victim of the sickness bug that ruled team-mate Oscar Threlkeld out of the 1-0 win at the Kassam Stadium which lifted the Pilgrims to seventh place in Sky Bet League One, one point outside the play-off zone.

Sonny showed few signs of any malaise as he contributed to a clean sheet from the re-jigged defence and headed home Graham Carey’s 14th goal-assist of the season in first-half stoppage-time.

Argyle manager Derek Adams said: “It was a great corner by Graham Carey for Sonny, who had been struggling to play with an illness before the game, and a great header into the goal.

“He did well today because it wasn’t easy for him. He was touch and go to play in the match and he’s come through it well. That shows the kind of character he’s got.

“We knew we were going to have an advantage over them, physically in the 18-yard box, and it was a great delivery, a fantastic header, and it gives us the opportunity to go into half-time at 1-0.”

Oscar’s illness saw Bristol City loan player Zak Vyner shuffle sideways from right centre-back to full-back, with Yann Songo’o coming in to partner Sonny at the heart of the defence.

Derek said: “Zak’s played there a good number of times for Bristol City so it was an easy choice, just to put Yann back into central defence. It was the easiest choice for me today.

“Yann has done ever so well. Every time we play him, he does well, either in midfield or centre-half, and today was another very good performance from him.”