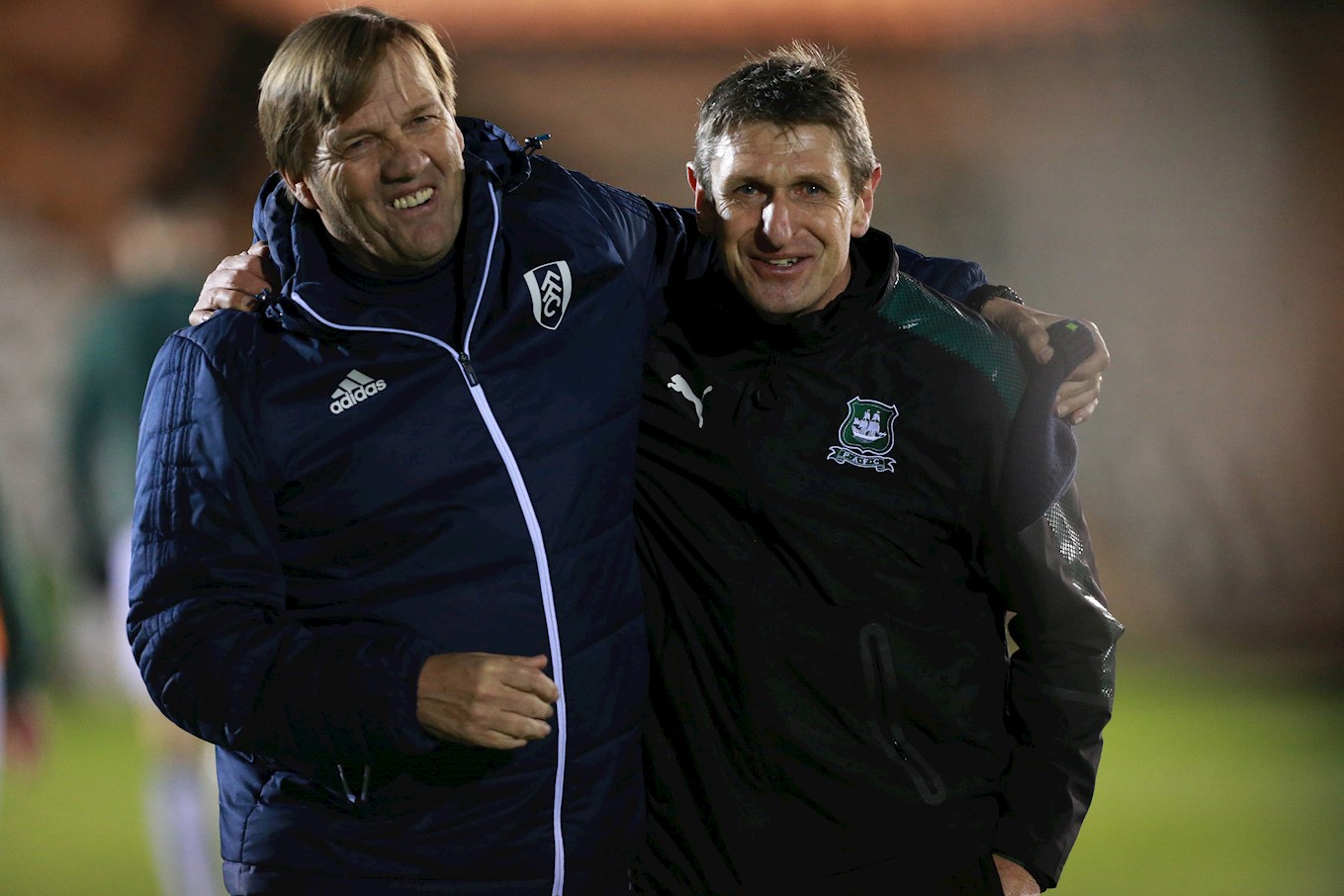 “IT’S been a fantastic journey.”

Kevin Hodges’ summation of the Argyle Academy’s FA Youth Cup run, which was halted by Fulham at Home Park on Wednesday, would find no dissenters.

Facing another Category One side in a row after creating the cup sensation of this, or any other, season by knocking out Manchester City’s global young superstars-in-waiting and turfing out Burnley on their own patch, they could not quite make it three in a row.

They pushed Fulham all the way in their fifth-round tie, though. Leading by KlaidiLolos’s first-half goal, the Young Pilgrims were taken to extra-time before two late goals, and Cameron Sangster’s even later penalty miss, brought the fairy-tale to an end.

“We can reflect on this cup run with a lot of pride,” said Academy Director Kevin. “The boys have been competing against Category One and Premier League clubs and they have shown that they can hold their own, which is fantastic for out Academy.

“They have done exceptionally well and they have gained lots of experience from it, in more ways than one.

“We had a perfect start to get a goal in front and, when you get the other opportunities, we have got to be a little more clinical and take those opportunities.

“For a spell there, I thought we were going to go one step further. We got a nice goal, a well-taken goal, and could easily have maybe added to it in the first half.

“I thought we were excellent in the first period. We did everything right.

“Their equalising goal came out of nowhere – the only spot the young boy could put it in, he did – and it just gave them a bit of hope and they started coming at us a little bit more.

“We never caved in and we took it to extra-time once more. Then, the second goal was very similar to the first one, and we had to throw something at it, which we did and which resulted in us conceding a third one.

“We had a bit of a lifeline right at the end with the penalty. That just shows the character of the boys they kept on going right to the very end. It would have been nice to have stuck that one away and it would have been another interesting couple of minutes.

“Unfortunately, it wasn’t to be.”

The learning experience has not ended with the cup exit, though.

“Now they have got to move on,” said Kevin. “You can’t feel sorry for yourself for too long. It’s a professional environment that they are in and they can feel sorry for their selves this evening but we’re back to work tomorrow with games coming up at the weekend.

“It is up to the boys to respond in a real positive way for the coming fixtures.

“They have come up against players who are playing at top clubs and it gives them a benchmark of where they need to be if they have got aspirations of becoming top players.

“It demonstrates what you have to do to play at a higher level.”