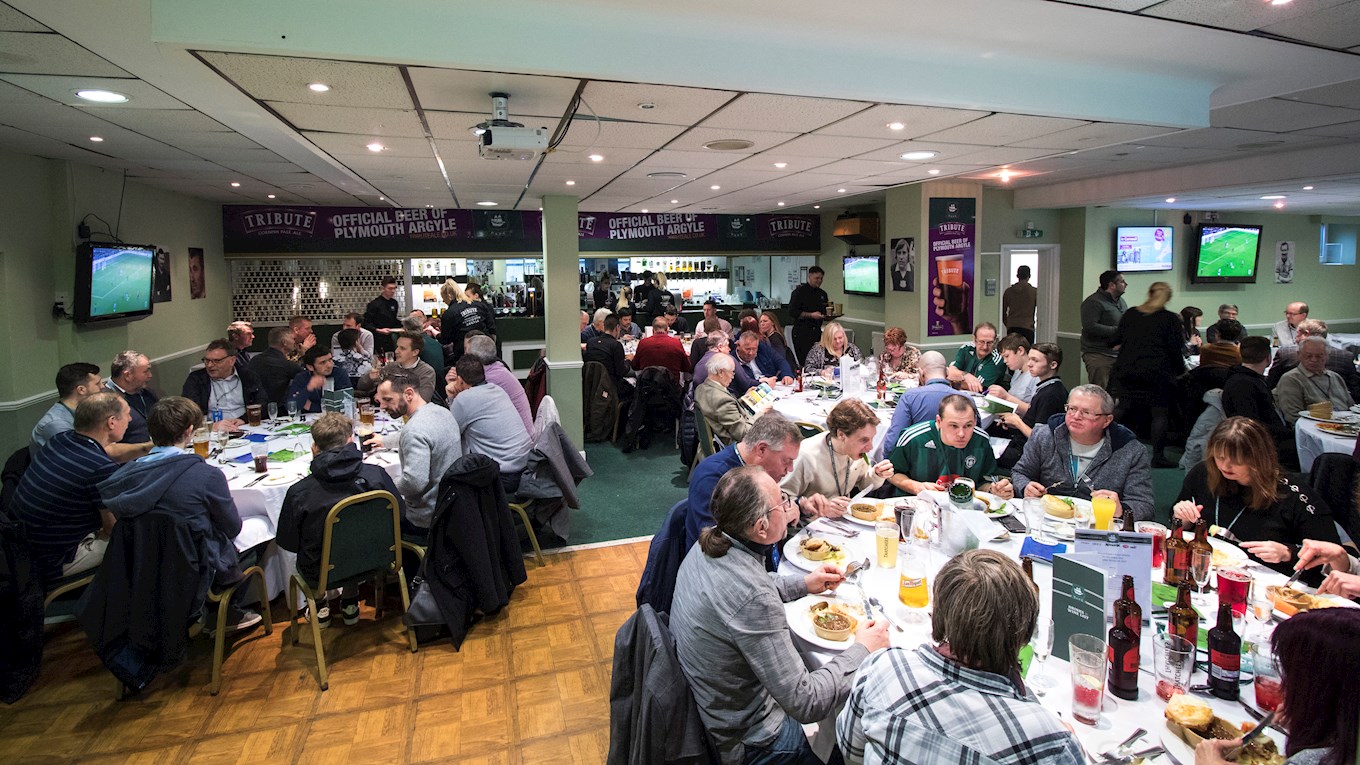 ARGYLE are away at Shrewsbury Town in Sky Bet League One this weekend, but Home Park remains your new home of live sport.

Rugby Union fans will be catered for, too, with Scotland’s home Six Nations Championship match against France being shown on BBC, kick-off 3pm in the Players’ Lounge.

On Monday, it is back to the Tribute Legends Lounge and Sky’s Premier League coverage of Chelsea against West Bromwich Albion.

This month alone, we are opening the doors and the bars of the Tribute Legends Lounge and Players’ Lounge as we screen more than 20 live televised football matches, every weekend and throughout the week, including all the top Premier League and Champions’ League clashes and the 2018 Carabao Cup final.

There is action from La Liga and the Scottish Premiership, too.

Admission to all the televised games are absolutely free.

You can find full details of when and where every game is being shown at www.pafc.co.uk/livesport.

And, if you want to enjoy a drink or two whole watching the sport, who not book yourself a Tower Cabs taxi to take you to and from Home Park?

However the best way to contact Tower Cabs is through their nifty little app which enables you to book your cab; save your favourite pick-up points; and track your vehicle in real time once the vehicle has been despatched. It will also show details of the vehicle, such as make and registration. It is available from iPhone and Android app stores or from http://app.lk/TowerCabs.