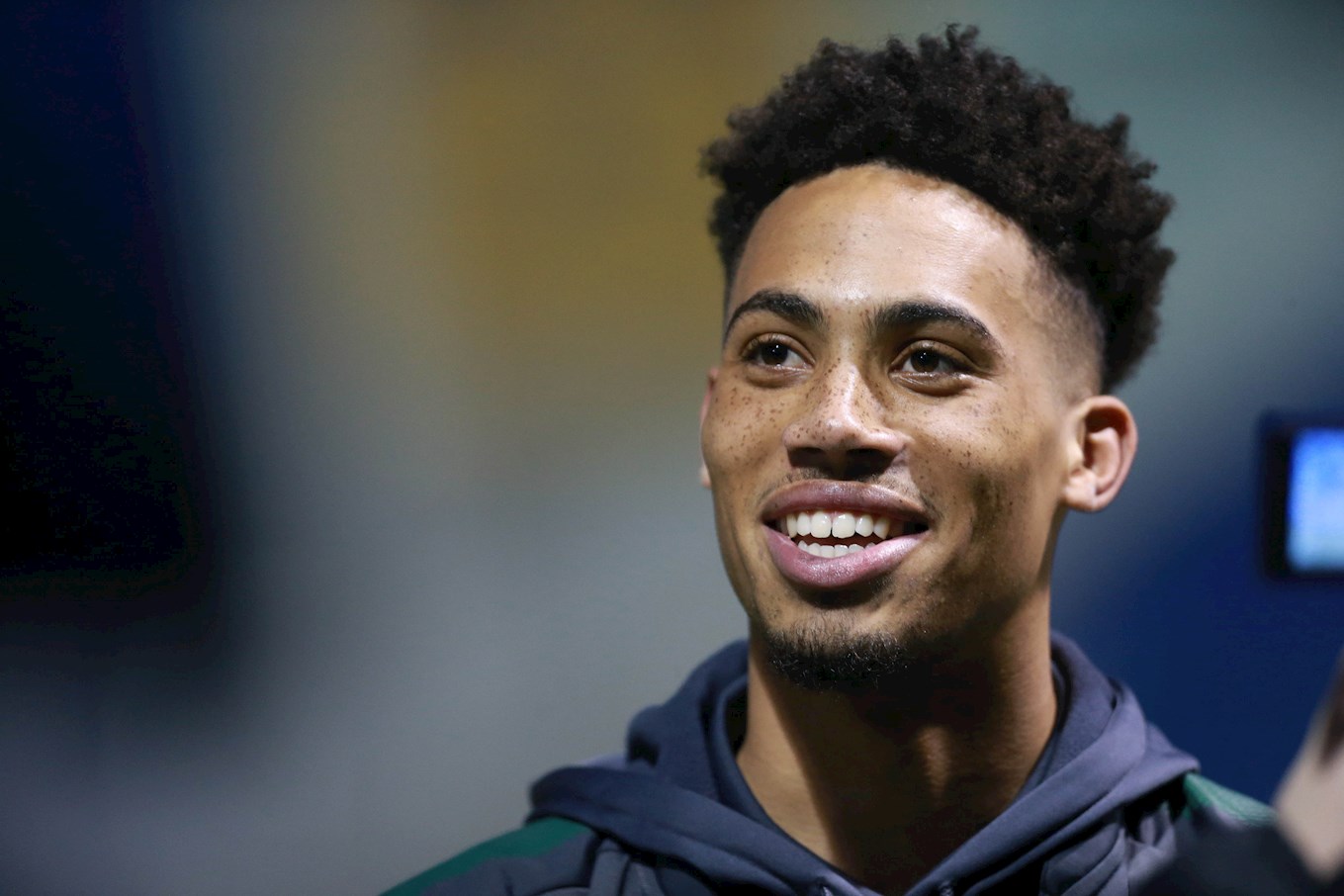 Zak’s second-half header at Shrewsbury Town completed a superb turnaround for the Pilgrims, who conceded an early goal and saw a Graham Carey penalty saved before a 27th-minute equaliser from Jamie Ness set up Zak to seal a 2-1 victory.

“’Unbelievable’ is the only word that comes to mind,” said the on-loan Bristol City centre-back, of the moment he bundled home Graham’s corner-kick in front of a near 1,000 Argyle supporters.

“It is one of those moments that will just stick with me. Every moment in first-team football, you relish, and especially moments like that.

“The fans stuck round us. They didn’t stop singing which is perfect for us – that’s what we needed and it helped us get the two goals.

“They should their support the whole game, from minute one. When [Shrewsbury] scored, they still showed their support, so it was great to [score] in front of them.

Although his first senior goal will be a moment to remember for ever, Zak will need a little look at the recording of the game to determine exactly how he put his name in the record books following a period of Argyle pressure.

He said: “We had good chances in the second half, so I think it was just one of those moments when it had to happen.

“I can’t remember whether the ball hit off me or my marker and it felt like I tackled it in, to be honest, but I’ll take it. Instinct. It felt good.

“We deserved it and we deserved the win, as well. [Shrewsbury] pushed in the last ten minutes but, for the majority of the second half, we were on top and kept pushing for the goal.