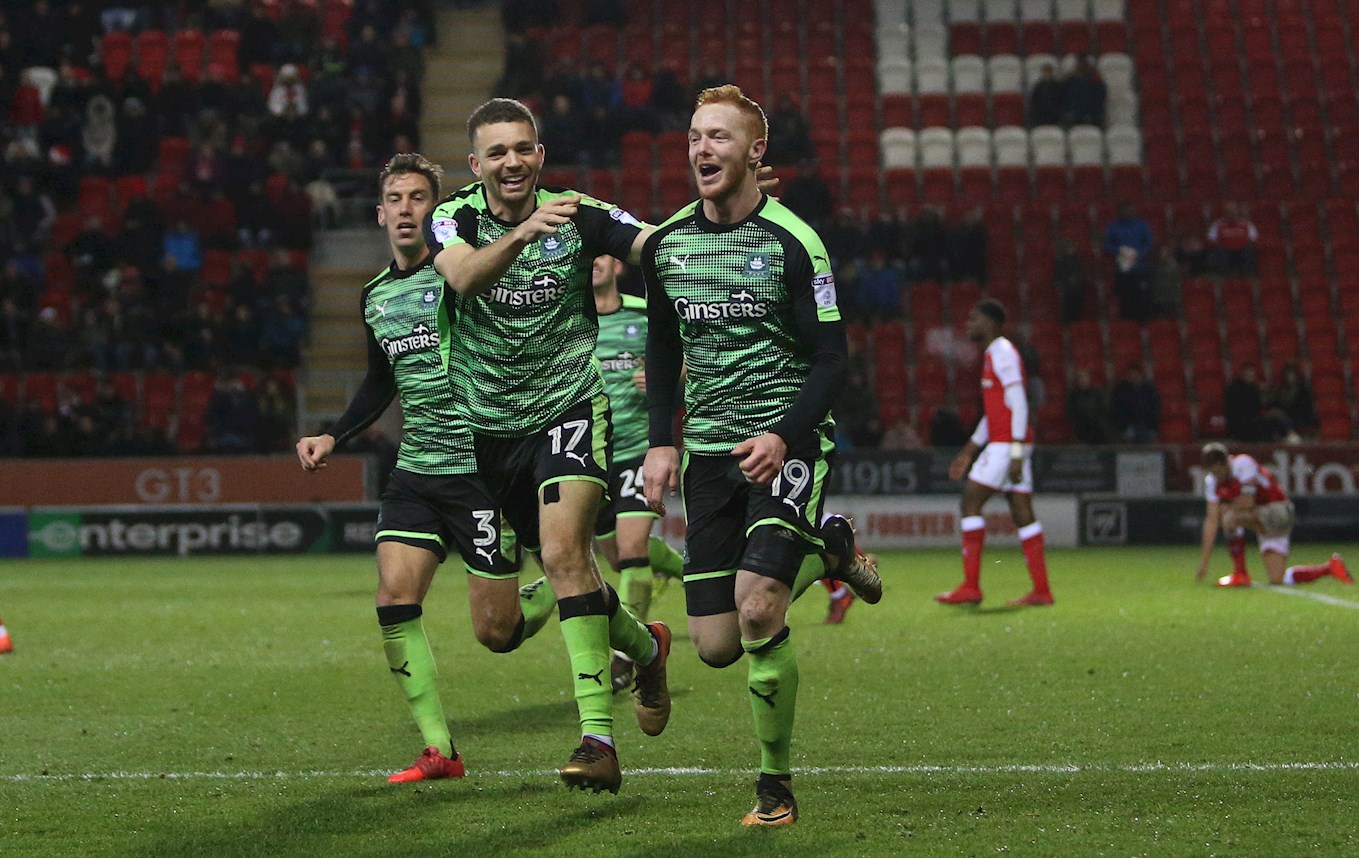 Oxford currently sit 13th in Sky Bet League One, six points behind Argyle. There are currently without a permanent manager but Taylor, who played 58 times for Oxford, knows the U’s will be hungry to get back to winning games.

Taylor said: “They have just sacked their manager, they have had a few bad results, but they are going to be hungry to get on the points trail and that’s something we are going to try and stop. We are very confident at the minute so, we will be looking to steal another three points.

“It’s going to be massive. I think every game is tough in this league as well. We played them earlier in the season and they were much better than us. But we will be looking to do a job on them come Saturday and we are ready to do that.”

Ryan spent 18 months at the Kassam before joining Argyle in the January transfer window in 2017. Since then Tayls has scored nine goals in just 34 appearances for Argyle and he is looking to add to that on Saturday.

He said: “It will be nice to go back to the stadium where I spent 18 months. It was fond memories, we got promoted from League Two into League One. So, it’s always nice to get a promotion, but I’m at a massive club now and I can’t wait to go there and hopefully get three points.

“I better score; I’m hoping so, I scored against Rotherham last time around so hopefully more of the same against Oxford.”

Ryan said: “It gives more space to myself as well as the wider players as well. I have picked up a few black eyes from the other day, but that’s part of being a League One striker. I’m enjoying my football at the minute and hopefully the team can keep pushing up the table.

“I don’t have to do as much running because of players like that (Ness, Sarcevic and Fox)! But, Rubes, and G are very creative players and that can only be a good thing for myself. G putting crosses in, Rubes putting crosses in, I enjoy playing with that sort of player. Some of the things they do in training I could only dream of doing.”