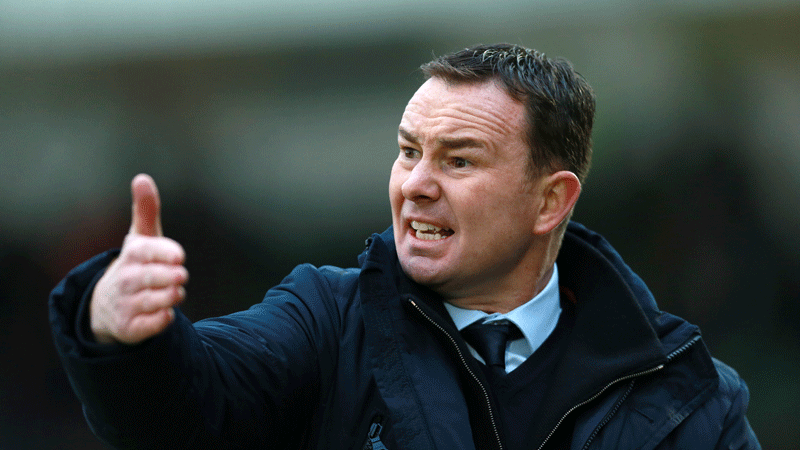 DEREK Adams wanted Moses Makasi to come to Home Park because he has something to prove.

The 22-year-old West Ham United midfielder has firmly established himself as part of the Hammers’ Development Squad, and is a leader, having captained the Under-23s nine times this season.

He has also been on the Premier League side’s first-team substitutes’ bench five times, and Derek believes Moses’ time at Home Park can help him make the final step to lining up as a starter with his boyhood club.

Derek said: “He’s been a mainstay in the West Ham Under-23 team. We wanted somebody who had a bit to prove and wanted to come and do well and move their career on – it gives him that opportunity.

“We needed another midfielder in. We had looked at him and thought that he was an option for us.

“He’s left-sided; he can play in a midfield two or three; technically excellent; good running power; he can win tackles; he’s a good user of the ball; a good reader of the game; and he keeps it nice and simple.

“It’s an important area of the pitch and we just needed to strengthen there. We have been able to do that.”

Derek has no concerns about Moses’ lack of competitive first-team football.

He said: “If you look at the ones that I’ve taken in in the past, the ones that hadn’t played league football have all come in and competed well and contributed to a good season for Plymouth Argyle.”