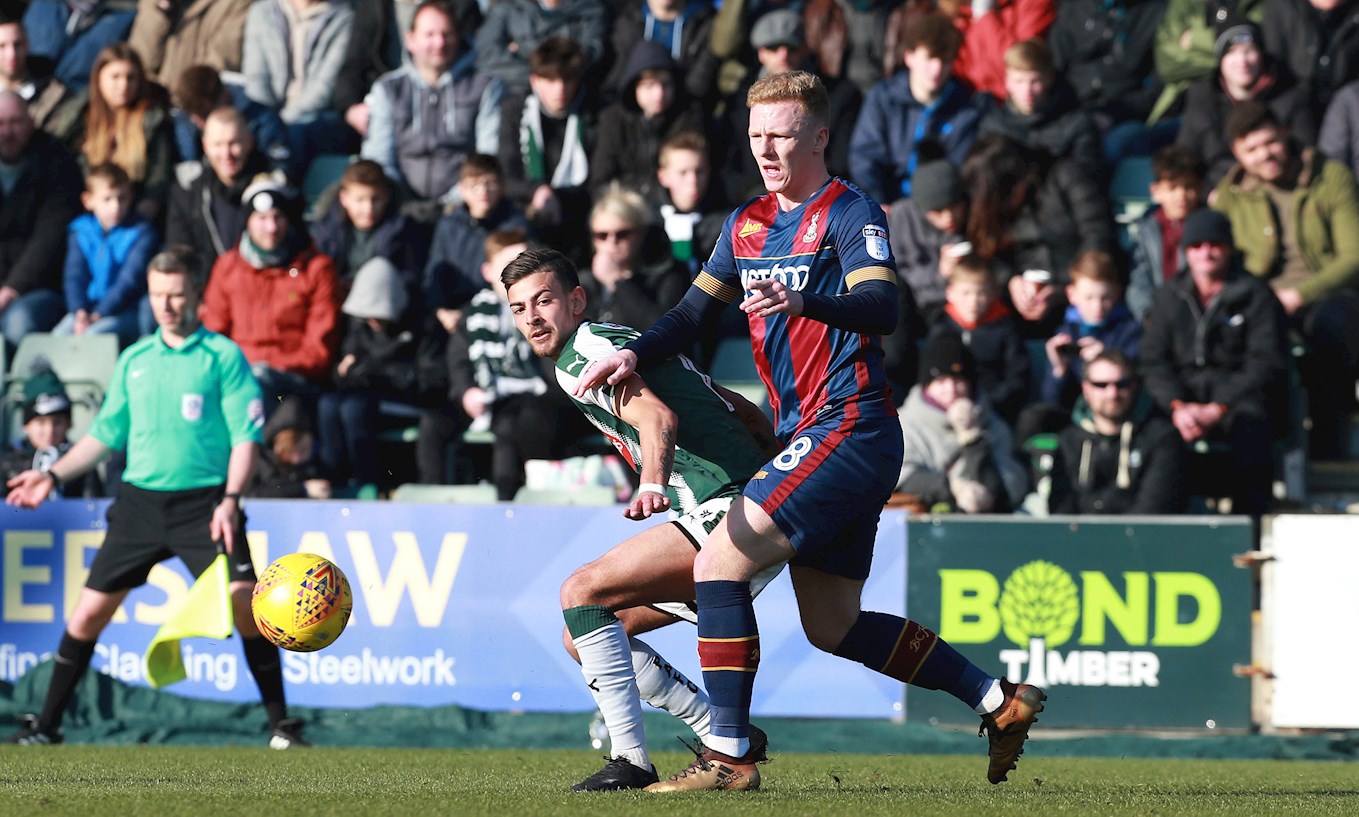 ARGYLE playmaker Ruben Lamieras knew that himself and his team-mates always had the quality to tear through teams it just took time to gel.

The Pilgrims made it eight wins out of nine at Home Park as they defeated fellow play-off contenders Bradford City 1-0 in the Home Park sunshine through Antoni Sarcevic’s deflected first-half goal. Ruben admitted it has been a good run, but stressed that the team need to carry on if they are to achieve anything.

Since coming back into the team Ruben has scored four goals and assisted a further five; the latest coming from his through-ball that bisected the Bradford back-line.

“I try to create as many chances as I can for the boys, or score,” said Ruben. “When you have runners and options its sometimes easy as you just play what you see.

“[Sarce] was screaming ‘just play me’ and he finished it off well. When we went 1-0 up, we almost put the shutters down and say ‘no goals’. Again, the defence and midfield today were solid.

“Sarce is a great lad who loves to score goals and perhaps doesn’t get the credit he deserves. He is always in the box making runs and today I am really happy for him as he has put in a lot of shift over the weeks. He struggled with injuries at the start but he is flying at the minute and we need him to carry on.”

With Argyle only losing one of their last fourteen matches picking up 37 points in the process Lamieras felt that no one in the division would want to play them with the form they are showing at the moment.

“It’s good,” said Ruben. “We can say no one wants to come play us at the moment. We are playing some good stuff, even from the back; solid defensive performances, the midfield running all over the place and we are creating goals and chances. We maybe should have got a few more today, but we are happy and we keep going.

“We just take every game as it comes. Today was a great chance to lay down a marker to the league that we are a really tough side to play against. We did that today, we have just got to keep pushing on and see where that takes us.”