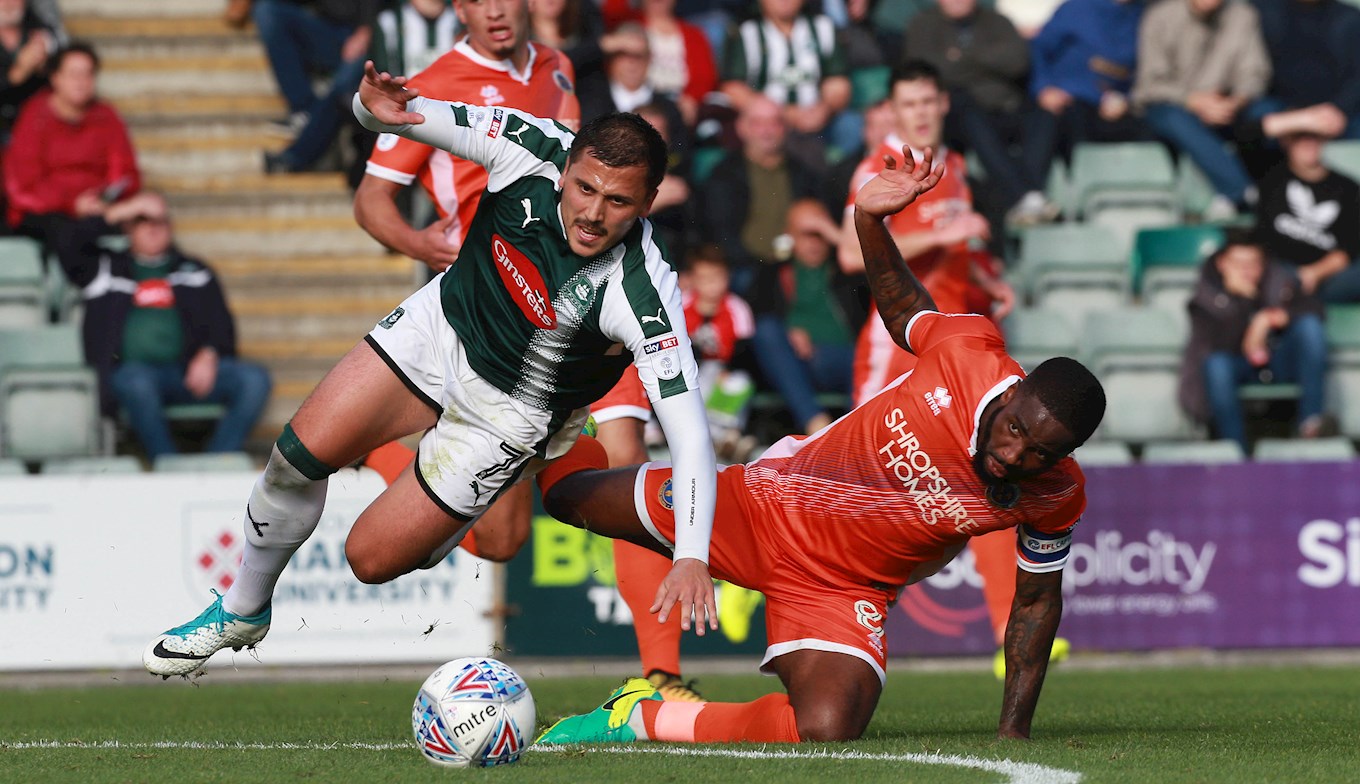 Antoni Sarcevic has had to overcome his own demons this season to perform in the magnificent manner in which he has.

Sarcevic has not been a regular all season, having to fit games around niggly injuries and intermittent form but that has soon turned around thanks to some self belief, inspired by his manager.

Antoni did not get on the scoresheet against Blackburn Rovers as Argyle ended Rovers' 18-game unbeaten run, but not for the first time in recent games he was the catalyst to almost everything good the Pilgrims achieved.

"I've had to deal with a bit of confidence issues in myself," he said after the game. "It's a big thing which I've not experienced before and I've overcome that.

"The gaffer's been a massive part of that with me. He's always stuck by me and that's one thing I've appreciated. I'm just honestly full of confidence and again not only the gaffer but the lads in there."

Looking ahead at what the season may hold for the team Sarcevic doesn't want to get too carried away. The next game up for the Greens is Shrewsbury Town away, one of Sarce;s former employers, and another team in the promotion places.

"Next week it's no fear that we're going to top table teams," said Antoni. "We're just going to do what we do and keep doing what we're doing; hopefully that'll get us the three points so we can keep climbing the table."

The midfielder noted that his time with the Shrews did not quite work out as planned but is philosophical about it. His loyaties, though, lie with his current band of brothers.

"I can't fault what they're doing," said Antoni, of Shrews. "They're flying at the minute but as you see in this league anyone can take anyone and at the minute, we're one of the teams that people don't wanna come up against."