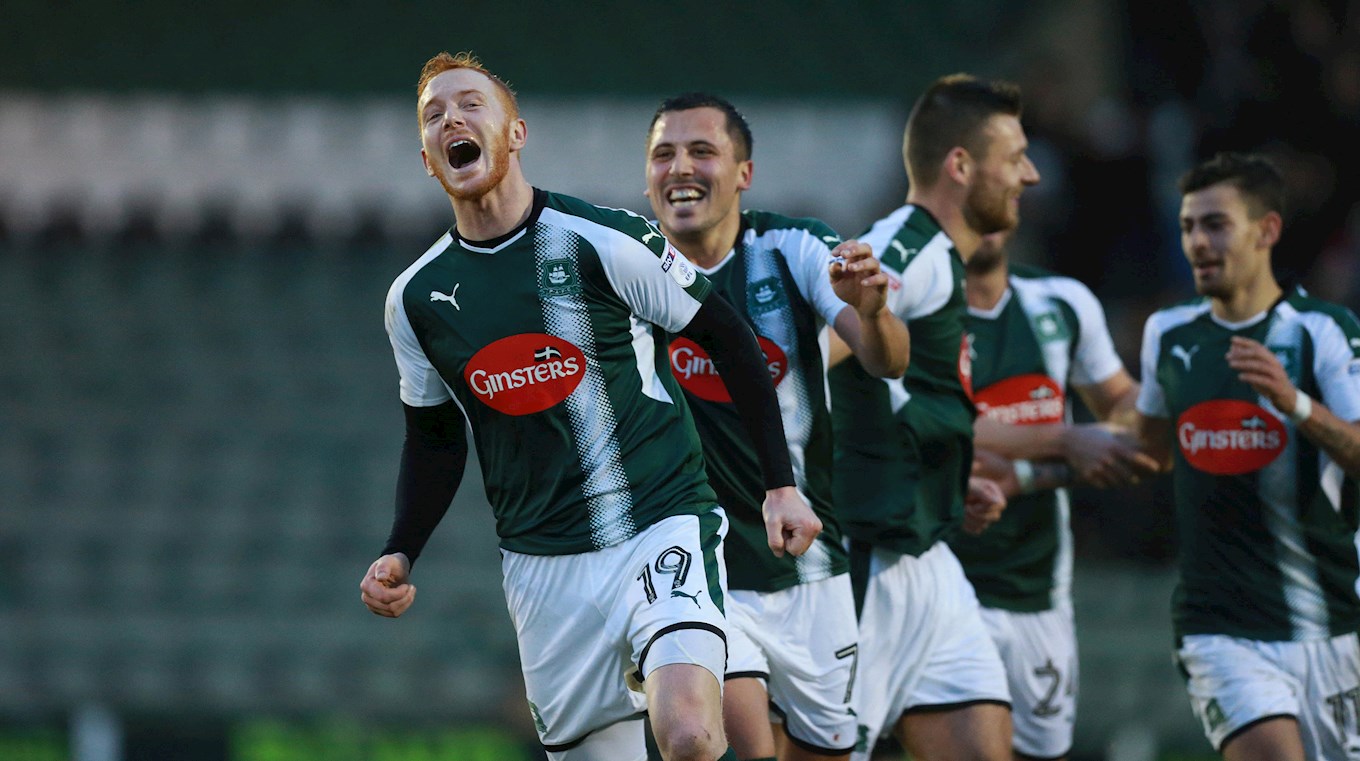 AS a major fast food company reopens a branch on Tavistock Road, three miles away, across Manadon roundabout, Ryan Taylor’s smile is brighter than the famous golden arches.

Argyle beat AFC Wimbledon 4-2 on Tuesday night in Taylor’s 13th consecutive league start since returning from injury. In those games, the Pilgrims have won nine, drawn three and lost just one. Taylor, on five goals for the season, has been pivotal to Argyle’s remarkable resurgence.

Ryan’s comeback in late November came nearly four months after breaking his ankle twenty minutes into the opening game of the season. Taylor admitted himself and his teammates are enjoying their football at the moment and he is feeling as fit as he ever has been.

“The results are going well, I have played in the last 13 games now and we have picked up a fair few points now. So, I’m enjoying my football and I think it shows on the football pitch. The team are also doing pretty well.

“It was a bit different a few months ago. We were at the bottom of the league and things weren’t looking so good. The last three months we have really picked up and everybody is enjoying it. The changing room is a different place to be, everyone is confident and rightly so.

“It’s a bit more upbeat, why would you be happy sitting at the bottom of the league? We are doing fantastic at the minute and the last 13 games have been superb.

“We have got to keep going. We are not happy with that in the changing room; we want to do more and will do more. If we carry on doing what we are doing, then we can go up the league.”

Argyle rejected a ‘derisory’ bid for Taylor in January, which Ryan acknowledged, but asked his own rhetorical question about his current situation, underlining his satisfaction with his situation.

“The manager told me they put in a bid for me,” he said, “but I’m enjoying my football here. I’m loving it and I am happy where I am.

“I love it here; it is a great location for us as a family. I am enjoying it and hopefully I’ll be here a lot longer.

“I’ve played the last thirteen games and I have been involved in all of them. Things are going pretty well. So, why would I want to leave this football club?”