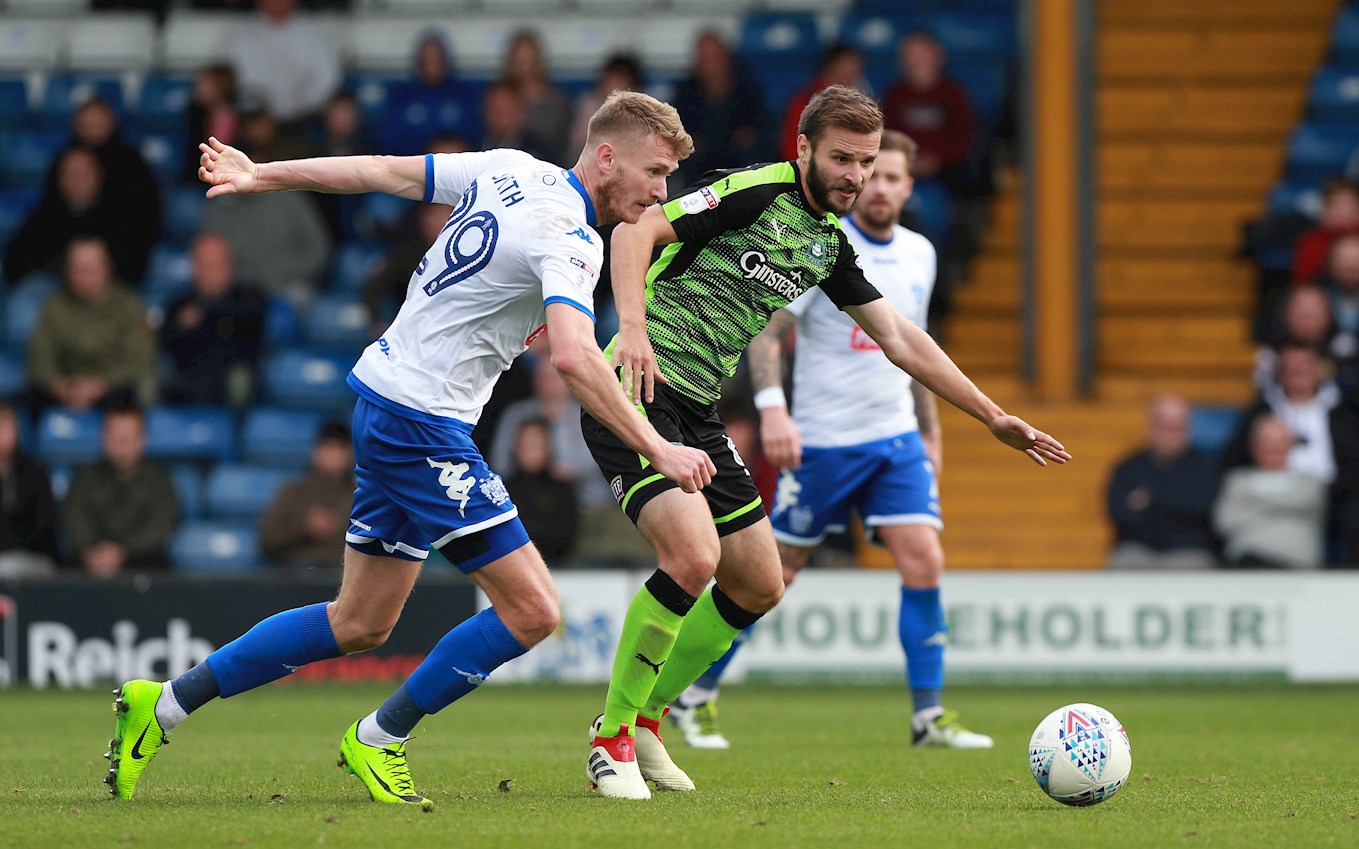 The Greens Are Never Blue

JAMIE Ness has played in an Auld Firm derby at Ibrox and so knows a thing or two about the atmosphere that football supporters can create.

Therefore, when the former Bluenose gives props to the Green Army, it is worth taking note.

Argyle midfielder Jamie is convinced that the Pilgrims’ support has played its part in taking their once adrift side to within a point of the Sky Bet League One play-offs, and that they can propel the team higher over the final 12 games of the season, which begin on Saturday when Bradford City visit Home Park.

“The fans are probably one of the best sets that I have played in front of,” he said. “At the start of the season, we weren’t getting the results, but they were behind us all the way.

“They are getting the rewards for that now. The team is playing well. They have stuck by us. We always love playing here and hopefully it will be a good atmosphere.”

The Pilgrims prepared for Saturday’s game and the season run-in with a week’s warm-weather training in Marbella, with the emphasis firmly on ‘training’.

“It wasn’t a jolly-up by any means,” said Jamie. “We had some good double sessions and managed to work on quite a lot of things that we’ll hopefully take into the games.

“It was really good. It was nice to get some sunshine and get away and have some team-bonding, and some tough training as well.

“We’re looking forward to being back [at Home Park] with a big crowd. Everyone’s enjoying their football at the moment, which is great.”