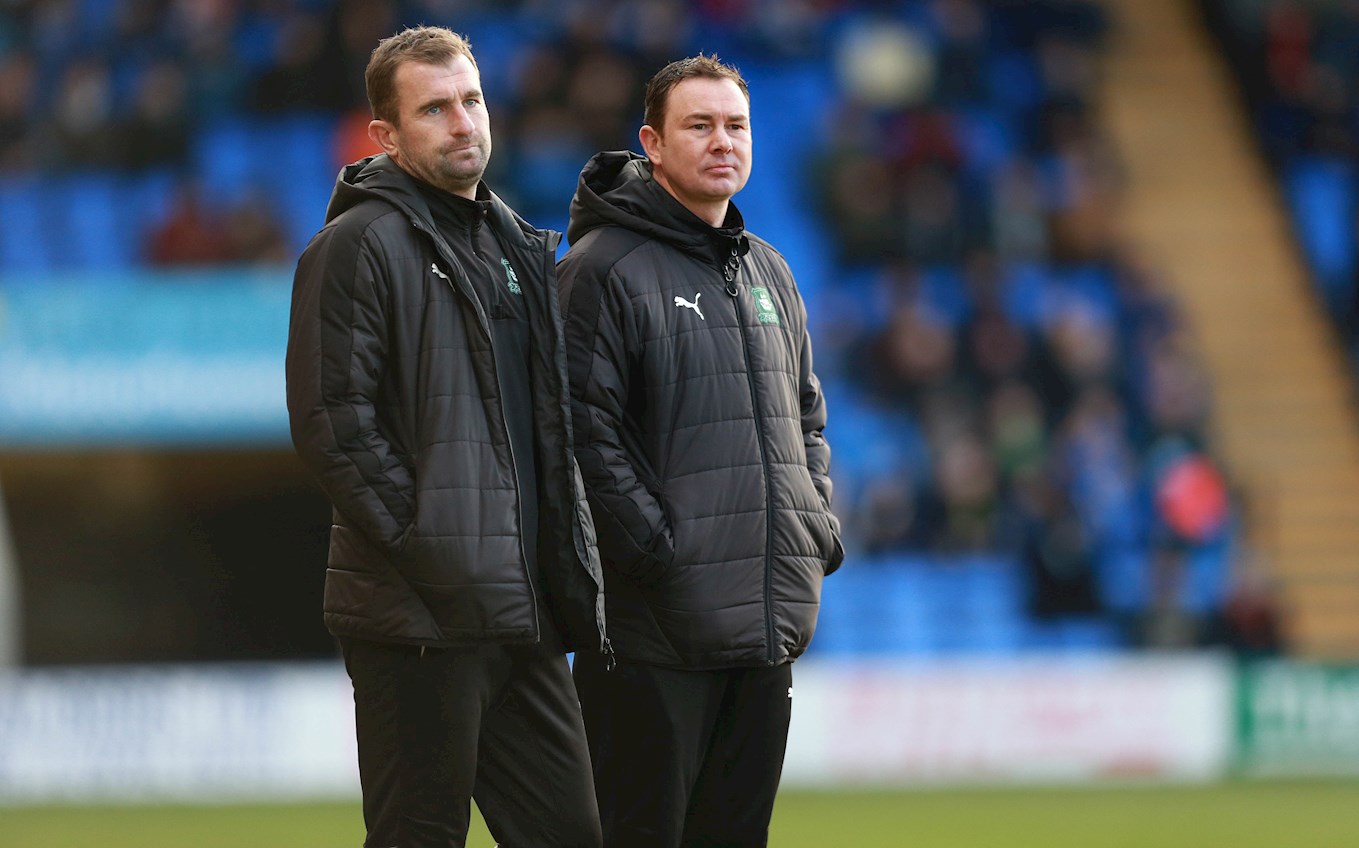 BELIEF from the manager in his players’ talents and belief from those players in their ability is driving Argyle’s surge up the Sky Bet League One table.

The Pilgrims came from a goal down to become only the second side to win at Shrewsbury Town this season, with strikes from Jamie Ness and Zak Vyner achieving a 2-1 victory after Carlton Morris had put the home side ahead and Graham Carey had a penalty saved.

Jamie levelled affairs before half-time with his first goal as a Pilgrim, and Zak netted the winner after the break to claim his maiden goal in senior football.

The win came as no surprise to Argyle manager Derek Adams, who has now seen his side rise to tenth in the division after taking 27 points from the last 36 available.

He said: “I said to them, at half-time, that we had more quality than Shrewsbury and we just needed to keep on going over the 90 minutes. We have got a lot of quality in the side.

“To be fair to the players, they believe in themselves and you see that out on the pitch; they roll their sleeves up; they get going again.

“The players knew, in the first half, that there was a game there to be won; they knew that Shrewsbury were on the ropes and we could win the game because we have got better quality in the side, individually, than Shrewsbury. We have shown that with the goals that we have scored.

"The quality we have shown today – they have come to a team that could have gone top of the table and ran right over the top of them.”

Derek knew that his side would come good this season after a disappointing start that saw a rash of red cards and injuries contribute to just six points from the first 13 matches.

“I wouldn’t say they are playing much better,” he said. “If you are going to get six sendings-off in eight or nine games and you are going to have the injuries we got, then it is going to affect us. That was the only reason we haven’t got more points than we should have.”

Argyle’s consistency is sending shockwaves through the division, with no obstacle apparently insurmountable. The week prior to beating Shrewsbury, who had lost only once before this season at home and kept nine clean sheets, they destroyed Blackburn Rovers’ long streak without a defeat.

Derek said: “Shrewsbury are on a fantastic run and they have done exceptionally well this season, but so had Blackburn – they had been on an 18-game unbeaten run.

“It was drummed into us, before the game, how great Shrewsbury’s home record is, but we seem to not care about the statistics and go on the park and deal what we’ve got to deal with.

“We knew we would get chances in the game. The way that Shrewsbury play, we were always going to get opportunities, and it was about getting the right opportunity at the right time.

“We did that. We got the penalty-kickwhen [Antoni] Sarcevic gets brought down, and Graham fails to score. It was a clear penalty, Sarcevic is through, does a shimmy and is away to shoot at goal.

“I thought it was a good save; he had obviously guessed the right way. Graham hit it well and the goalkeeper has palmed it away quite far.

“After that, we get back and score a very good goal from Jamie Ness – it was a good ball into [Ryan] Taylor; [Ruben] Lameiras and Ness were both involved, and it was a great strike into the corner.

“He makes a good forward run and is a player who is capable of doing that.

“We did need more goals from midfield but we’re getting that at this stage. We’ve got Sarcevic and Ness scoring goals; we’ve got a defender scoring from a set-play; we’ve Lameiras and Carey scoring goals, as well as Taylor, so we are sharing the goals about.”

The winner came from a succession of Carey corners that Shrewsbury struggled to deal with all afternoon.

“Zak is in there for corner-kicks because he’s good in the air,” said Derek, who paid tribute to the on-loan Bristol City defender’s all-round contribution to the Green cause.

“Zak has got pace in abundance; he’s a good user of the ball; and he can also score from set-plays. But his main position is to defend and he and Sonny Bradley have set up a good partnership.”

The only time argyle were troubled in an otherwise dominant second half was after Zak’s goal, when goalkeeper Remi Matthews saved from former Pilgrim Nathan Thomas, and Oscar Threlkeld blocked a shot by Shrews captain Abu Ogogo.

Derek said: “We went 2-1 up and decided to start running about, and that was the wrong thing to do. The right thing to do was to stay off the game and allow them possession of the ball. We started to chase it and it looked like we had lost a goal and they had gone a goal up.

“They brought on two big lads up front and went direct, so we just changed David Fox for Yann Songo’o and Yann went and won the headers.”