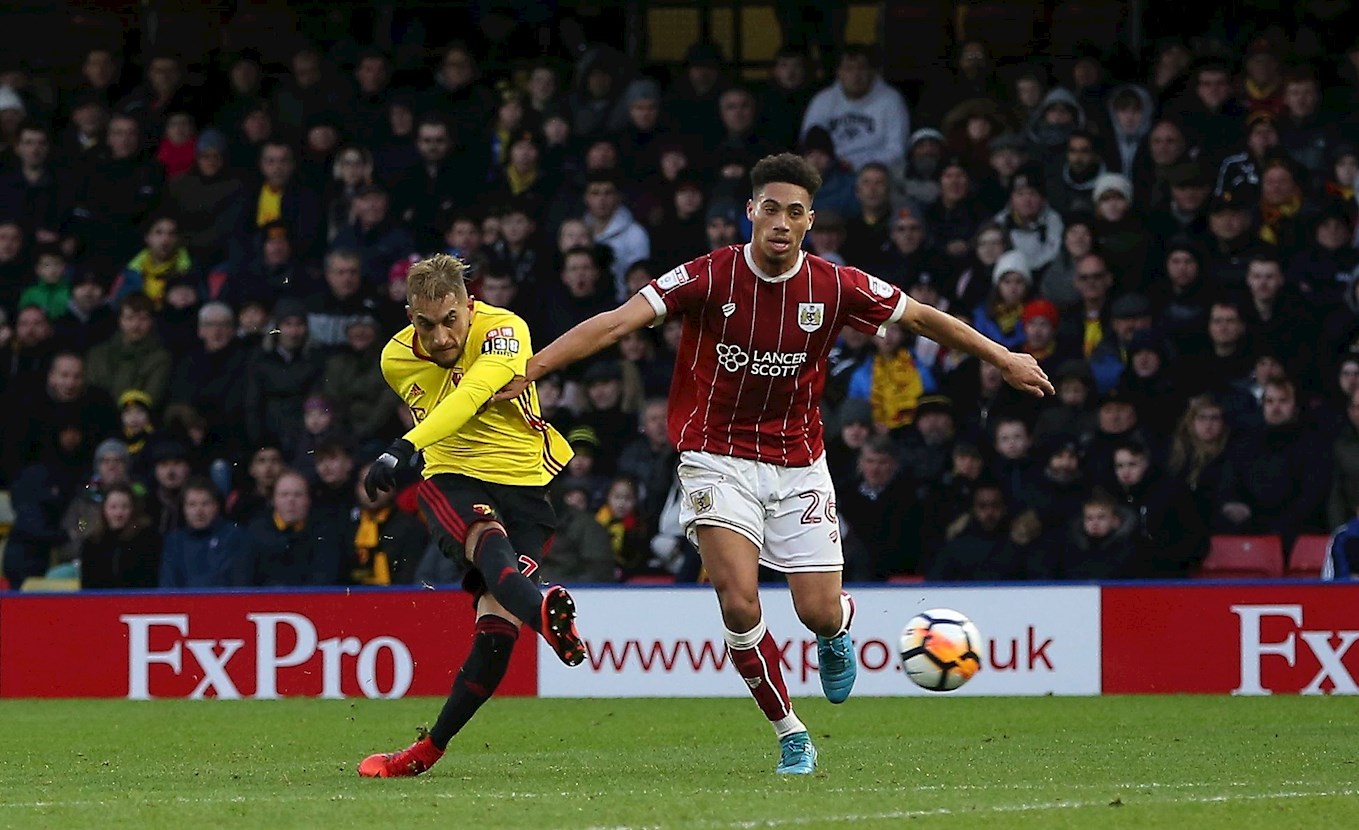 ARGYLE fans will be hoping that a little bit more Bristol City magic could rub off on the Pilgrims.

Zak Vyner has become the latest to swap Ashton Gate for Home Park, at least temporarily, as the versatile defender joined Argyle on loan until the end of the season.

In recent years, at various times, the Pilgrims have reached out to those City for a bit of assistance – and the Robins have kept on coming up trumps.

First there was Joe Bryan, signed by John Sheridan when Argyle were staring at relegation. Bryan, 19 at the time, breezed into Home Park, showed oodles of talent, linked up beautifully with Jason Banton, and Argyle were saved.

Sheridan took on Bobby Reid two seasons later, and the raw, talented attacking midfielder made a positive impact as the Pilgrims made the Sky Bet League Two play-offs.

Last season, Arnie Garita came to Argyle on loan from Ashton Gate, making a big impact with an unplayable, goalscoring performance against Exeter City. After an injury, Arnie’s influence was not quite the same, but he did play his part in the promotion-winning season and famous games against Liverpool.

Vyner is rated highly by City, who are enjoying their best season in many a year. Not only are Lee Johnson’s side fifth in the Championship, but have reached the semi-finals of the Carabao Cup, knocking out Premier League sides Watford, Stoke, Crystal Palace and Manchester United along the way.

The other side knocked out by City was Argyle, in a 5-0 Robins win early in the season. Vyner played that day, as he did against Watford and Stoke. Zak has also started a Championship win away to Reading this season, as well as an Emirates FA Cup loss at Watford.

Zak made his Robins debut in February 2016, and made four appearances – two starts, two from the bench – during the 2015-16 season.

The following campaign, he joined Accrington Stanley on loan until January, playing 17 times. He suffered an asthma attack in a game against Yeovil, and missed several weeks of action, returning to play against Argyle in a 1-0 victory for the Pilgrims in December 2016.

After the loan expired, Zak returned to Bristol and played four more games for City, all starts, as he continued his football education.

Vyner has now played 30 games at professional level, with 28 of them starts. He is yet to score his first goal.

Should Zak match up to the standards of Joe, Bobby and Arnie, the Green Army will fondly enjoy his stay.