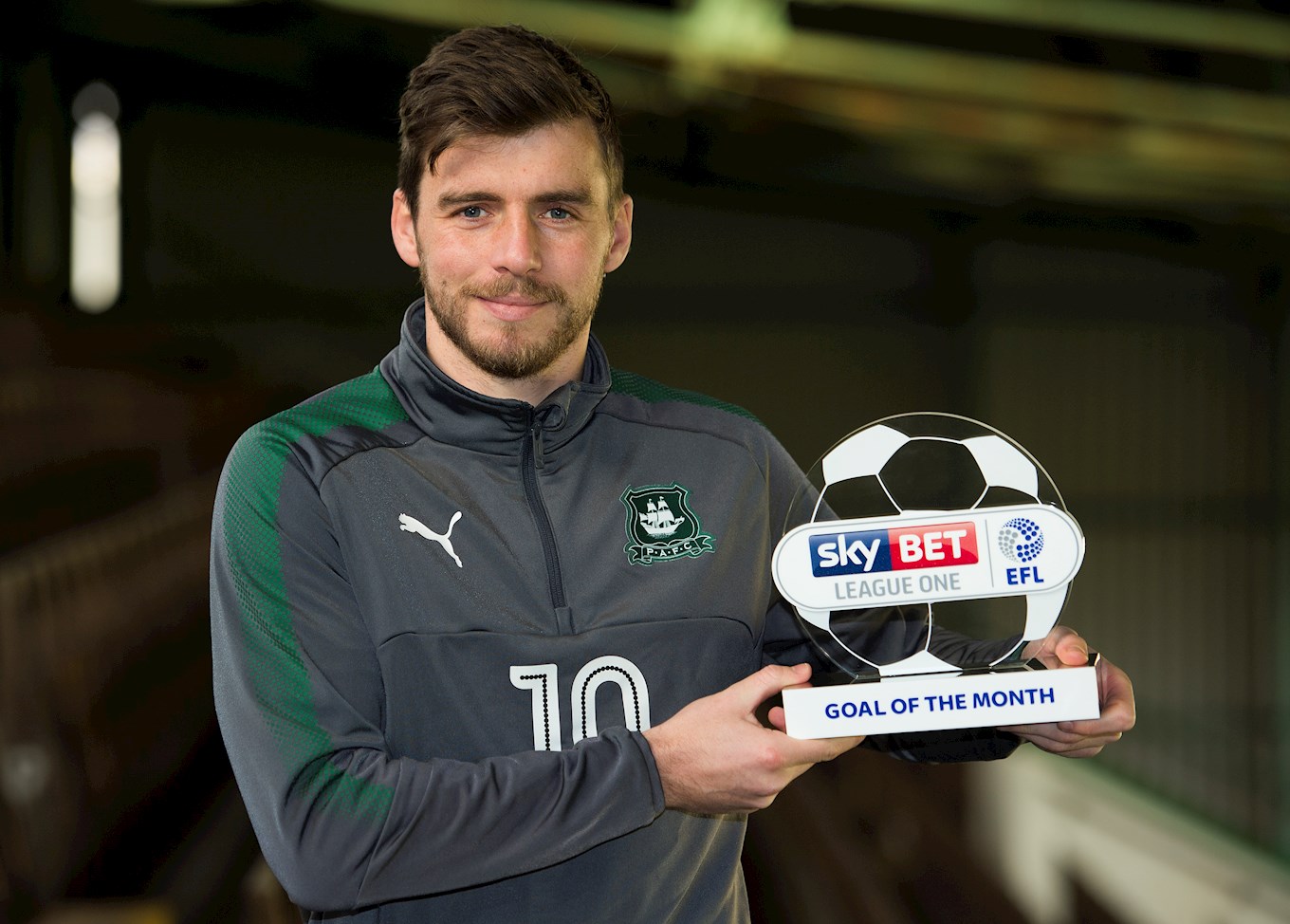 ARGYLE playmaker Graham Carey is the Sky Bet League One Goal of the Month winner for December, receiving 55% of the public vote for his stunning effort against Blackpool.

Carey combined determination and technique as he chased a flick-on. Running towards the corner flag, he swivelled and struck the sweetest of volleys into the far top corner.

Lead Sky Bet EFL Goal of the Month judge and Sky Sports Pundit Don Goodman said: “Graham Carey has won this award more than any other player since its inception at the beginning of last season and with goals like this it’s easy to see why.

“Few in English football would have the audacity to take on a shot from there and even fewer have the technical ability to pull it off – he simply makes scoring incredible goals look easy.”

Carey said: “I don’t really turn down any opportunity to shoot and I think we have a license here to try things, especially the attacking players and luckily enough most of them come off.

“I saw the ball drop to Sonny at the back and I knew at that time of the half he was going to try and turn them and that is what he did and Tayls flicked it on and to be fair I was looking for Tayls to get in the box as well, but he never made it, so I though 'I might as well have a shot' and made a good connection with it and it went in.

“We knew weren’t doing well enough individually [at the start of the season] and collectively and we kind of changed our game plan a little bit and we are a bit harder to beat now and I think with the attacking players we have; we can counter attack any team and we are creating a lot more chances and scoring a lot more goals which is a positive.”