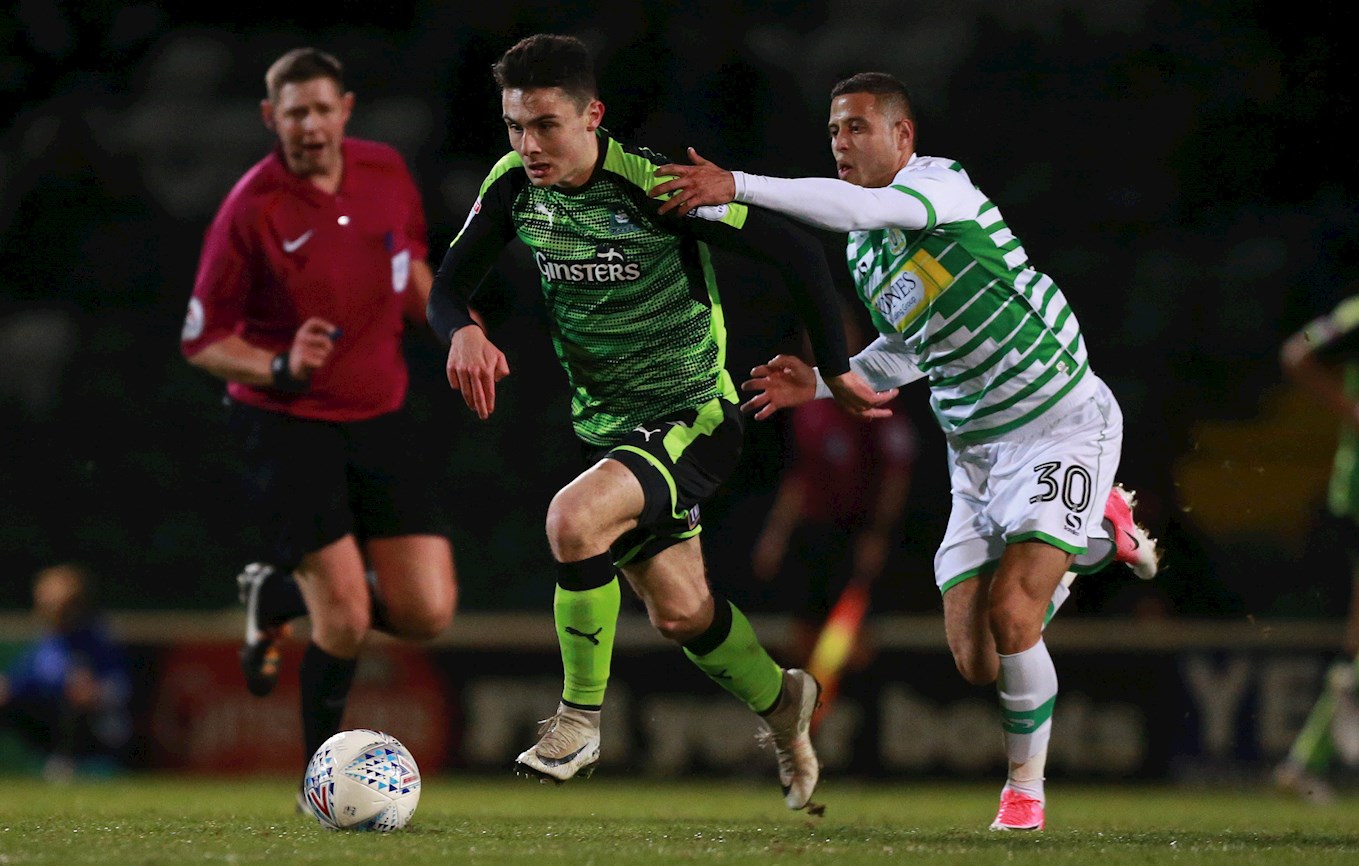 The Pilgrims’ first-year professional is moving up the Devon Expressway on a youth loan, initially for 28 days.

Alex, who is 19 next month, was a regular member of the Argyle first-team match-day squad for a large part of the season, but has played only once – as a late substitute in a 1-1 draw at Rotherham United last month – in the Pilgrims’ last seven matches.

The last of his two League One starts this season was in mid-October, against Shrewsbury at Home Park, since when he has played three minutes of EFL football.

The temporary move to Plainmoor will give Alex the opportunity for more game-time.

He is no stranger to the English Riviera; he was born in Newton Abbot and attended Torquay Grammar School.

Having been with Argyle since he was a nine-year-old, Fletch made his first-team debut last season as a 79th-minute substitute in an Emirates FA Cup second-round tie at home to Newport County.

His full debut followed in this season’s Checkatrade Trophy tie against Chelsea Under-21s at Home Park, when his two late goals secured a 2-2 draw. He added another goal to his first-team tally, his first league goal, with a consolation strike against Fleetwood on October 7.